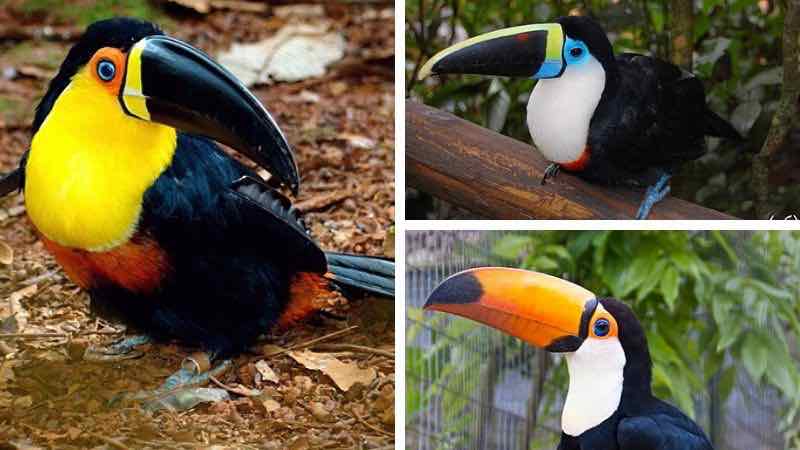 The toucan is a generic name, derived from the Guarani tupi, used to designate the 42 species of birds of the family Ramphastidae.

Characteristics of the Toucan

These birds are characterized by their large beaks and plumages of various colors, in which black, blue, yellow and brown tones predominate.

The stumps can measure 30 to 65 centimeters long and weigh up to 680 grams, depending on the species.

They are birds that live in a single territory throughout their lives, which makes them quite sedentary.

They are great seed dispersers; the best known of the toucans is the Ramphastos cuvieri, called pinsha in Quechua.

Its dominant color is black, although its belly is white with a red band. Its powerful beak combines several colors: black, yellow and blue.

Food and habitat of the toucan

The toucan’s diet is based on fruits, insects, small reptiles and eggs and chicks of other birds.

It is generally found in tropical rainforests from Mexico to northern Argentina.

Preferably on the banks of rivers and lakes, it is a common bird in the Amazon River basin.