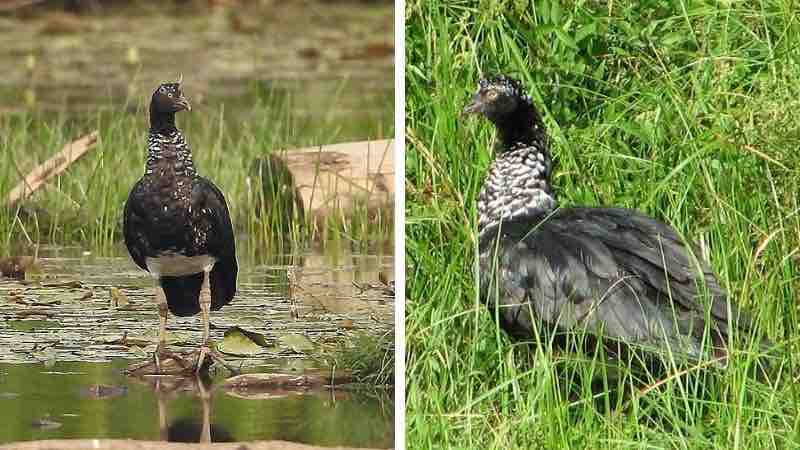 The Camungo or anhuma(Anhima cornuta), also called aruco screamer, arauco, marsh vulture. It is an anseriform bird, of the family Anhimidae, that lives near bodies of water.

It is widely distributed in Colombia, Venezuela, Brazil, Ecuador and Peru.

It is a large hen, 84 to 91 cm tall, with a weight ranging from 3 to 4 kg. It has a long neck and long legs. Its body has a blackish plumage, with greenish reflections.

The feathers on the neck and upper belly are white. It is remarkable the presence of a kind of horn on the forehead and spurs on the wings.

Its name is onamotope because of its song. It emits guttural sounds to demarcate its territory.

It lives in pairs or in groups, and is a monogamous species. It builds its nests near the water, where the female lays two to three eggs, which are incubated for a month. Its meat is not edible.