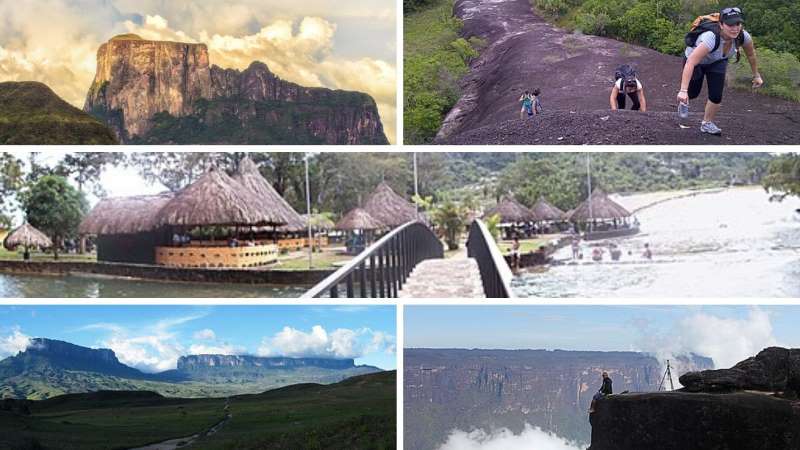 The Venezuelan Amazon has a wide variety of scenarios of great visual impact, offering national and foreign tourists a generous reservoir of exuberant wealth, beauty and life. Discover with us the tourist places of this wonderful land unique in the world.

Knowing the Amazon region of Venezuela will be one of the best experiences, since it is a place with great biological and cultural diversity thanks to the indigenous communities that inhabit it.

Tourist sites of the Amazon Venezuela

Visiting this region entails a sensitive and human attitude to enjoy its wonders. Conserving and caring for it will ensure that it remains intact for the enjoyment of future generations and, fundamentally, for the indigenous inhabitants, the true owners of this prodigious land.

The incredible natural geological structures of the so-called Guayanes massif (tepuyes) inspired the film Up , where an old man and a boy explorer travel in a house raised by balloons to South America to what they call “Paradise Falls” which is nothing but the Angel Falls in the Canaima National Park .

The natural and cultural attractions of the Amazon are the main tourist products offered to people who visit their lands, activities such as contact with indigenous communities, bird and fauna observation, archaeological sites, excursions, rafting, among others.

Below we will present the best tourist places in the Amazon of Venezuela. You will love them!

Puerto Ayacucho is the capital of the Amazon and the Atures municipality of this same entity. It is located towards the extreme northwest of the state and its main urban centers are La Esmeralda, San Fernando de Atabapo, San Carlos de Río Negro and Maroa.

Among the leisure activities and tourist sites found in Puerto Ayacucho, the Ethnological Museum of Amazonas Monseñor Enzo Ceccarelli, the Indigenous Market located in the Plaza Rómulo Betancourt stand out.

Something that you cannot stop doing when you visit Puerto Ayacucho is to taste the gastronomy of the place. Amazonian cuisine is mainly based on river fish , although the native inhabitants of the region eventually hunt and consume monkeys, tapirs or tapirs ( Tapirus terrestris ) and snakes.

One of the most recognized tourist sites in the state of Amazonas is a natural slide created by a large stone through which water passes and which ends in a large well, where you can enjoy the river.

This place has a great wealth of fauna, where you can see species such as the cock-of-the-rock. To get to El Tobogán de la Selva you must leave Puerto Ayacucho and travel a paved road for about 30 minutes.

Imposing tepui, sacred to the Piaroa ethnic group. It is crossed by galleries and caves, one of which is entirely made of quartz and in which a new mineral called Sveita was found, being a place of great archaeological and speleological importance. 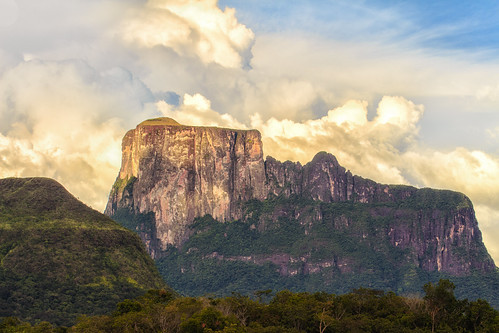 This park is located in the western sector of the Guayanés Massif, in the jurisdiction of the Atures Department, with an area of 480 hectares, in the middle of the Gran Sabana, it has an imposing shape similar to a skyscraper.

It is located southeast of Puerto Ayacucho. It was declared a national park in 1978.

Zoomorphic formation of 1,300 million years. Seen from afar, by land or by air, it resembles the image of a large tortoise. Scientific and recreational guided walks are carried out.

It is located on the right bank of the Orinoco River, about 8 kilometers south of Puerto Ayacucho, by way of Samariapo and the Tobogán de la Selva.

It is a sacred monument of great archaeological value, where you can see hieroglyphics, cave paintings, indigenous cemeteries and the largest known petroglyph in Venezuela. 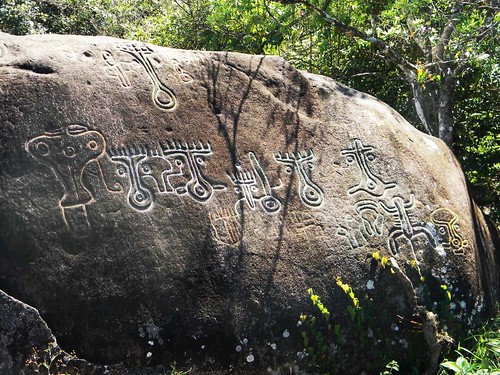 This monument has a high archaeological value, since it is considered a sacred monument for some of the ethnic groups of the region. It houses hieroglyphics, the largest known petroglyph in the country, cave paintings, caves and indigenous cemeteries, testimony of ancient cultures.

According to the natives, these figures were made by the inhabitants of the time who lived in the place, previously in that stone the river arrived, and by means of curiaras they impressed the figures of animals in the stone.

It is located in front of the Piedra de la Tortuga monument, on the right bank of the Orinoco River, south of Puerto Ayacucho, 14 km from the Cataniapo River.

Pozo Azul has shallow, crystal-clear water wells with a sandy bottom, perfect for bathing and refreshing the average temperature of 33 degrees in the area.

This great place has a spectacular landscape, a very wide diversity and all the attractions for local, national and international tourism.

Churuatas and cabins are offered for rent, where you can hang your hammock or use the barbecue, they also offer basic restaurant service; on all sides visitors are seen with all the portable conveniences.

The site is perfectly usable in summer, but those who have been there say that the best time to go is in winter, when there is more water and the greenery of the vegetation takes over the place.

Pozo Azul is very easy to locate, following the road to Caicara, half an hour from Puerto Ayacucho, it also has places nearby to stay and eat, in short, all the benefits that a tourist site should have for family recreation.

Two plateaus of 2,880 meters and 2,840 meters respectively, belonging to the Roraima Formation, with a unique ecosystem.

For its part, the hill or plateau of Duida is a plateau located in the Sierra Parima, which rises in the state of Amazonas north of the town of La Esmeralda, is part of the Duida-Marahuaca National Park.

Duida is composed of sandstone rock, it is part of the Roraima formation of the Guiana Shield. It was described by Alexander von Humboldt in his Journey to the Equinoctial Regions.

The Canaima National Park is located in the state of Bolívar, it was declared a World Heritage Site by UNESCO in 1994.

Canaima extends over 30,000 km² to the border with Guyana and Brazil, due to its size it is considered the sixth largest national park in the world.

About 65% of the park is occupied by tepuyes, which constitute a unique biological environment, also presenting great geological interest.

As well as its steep cliffs and waterfalls, including Angel Falls, the highest waterfall in the world.

9. Angel Falls – the highest waterfall in the world.

The Angel Falls is the main icon of the Venezuelan Amazon although it is not in the Amazonas State, it is located in the Canaima National Park (Bolivar State) which is considered Amazonian territory.

At 997 meters high, it is the highest waterfall in the world and was “discovered” to the Western world by Jimmy Angel in 1937.

If there is an ideal place to look at the immensity of the jungle without entering it, and in the dangers and wonders of that sea of green life, it is by going to Paují in the south of Bolívar state, very close to Santa Elena de Uairén on the border with the Brazilian Amazon , and approaching this spectacular viewpoint of the Amazon jungle better known as El Abyss. 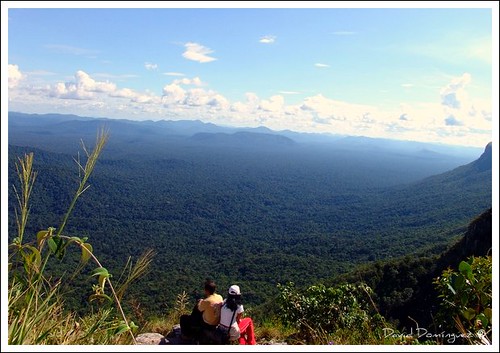 The abyss is this nose that can be seen in the photos that stands out like the stone from where the Lion King gave the speech, only this is much higher and it is not desert but jungle (but do not be discouraged, you do not have to walk far to arrive), there are no lions either, although you can find another type of felines among other animals such as tapirs, anteaters, monkeys among other typical mammals of the Amazon that can be seen from the viewpoint without exposing yourself to them.

We hope that these recommendations on tourist places will be useful if you plan to visit the enigmatic and beautiful lands of the Venezuelan Amazon.