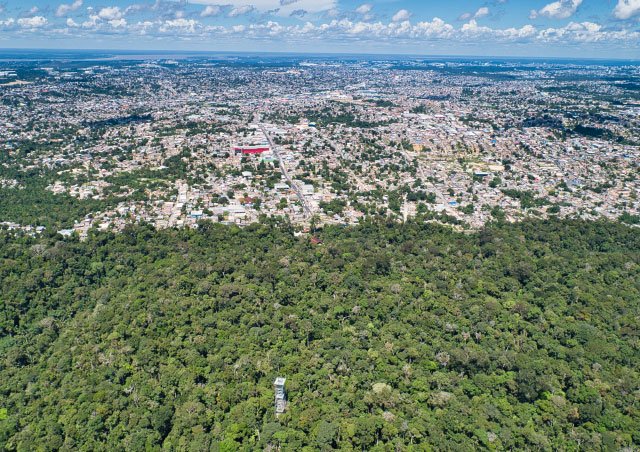 The Brazilian State of Amazonas covers an area of 1,571,000 km2 and is located in the center of the great Amazon basin. It is in the heart of the largest and most biodiverse forest in the world.

Amazonas is the largest state in Brazil. It covers an area greater than the size of any of the other countries in the basin, and it is larger than all of Peru. This extensive territory of Amazonas borders in the north-northwest with Venezuela; the state of Roraima in the north; the state of Pará to the east; the state of Rondônia to the south; Peru to the west; and Colombia in the northwest. Its capital is Manaus, which is a populous commercial city.

There are many Amazon river maps ranging from the first historical ones made by  missionaries to the satellite ones of today.

Among them are road maps, hydrographic maps, maps of illegal mining and the planting of illicit crops, logging maps, and maps of indigenous settlements—to name a few.

In the more than 1.5 million km2, there is a relatively low population of just over 3 million people. Compare this to the population of Ecuador, the smallest country in the basin, where fewer than 16 million people live in less than 300 thousand km2.

The climate of the Amazon in Brazil is humid equatorial, and the humidity is constantly very high. There are two clearly defined seasons in the Amazon: rainy season (winter); and dry season (summer).

In the Amazon there are very particular climatological phenomena such as friajes which are icy winds that come from Antarctica and run through the jungle at certain times of the year.

In Manaus, the capital of Amazonas State, there are hostels, hotels, lodges, and inns that offer a practical way to enjoy the Amazonian flora and fauna. In these places, tourists wake up and are enchanted by the music of more than 1,300 species of birds that live in the region.

Discover the best 10 accommodations in Manaus (Manaus) and surroundings. From luxurious hotels in the city to bungalows in the middle of the Amazon jungle

What to do in Manaus: Amazon Theater, meeting of the waters, parks, beaches, Mindu, CIGS Zoo and more.

The confluence of two rivers (the Negro River, with its dark waters, and the Solimões, with its clear water) produces a phenomenon popularly known as the Meeting of the Waters. It is one of the main tourist attractions in Manaus.
On the outskirts of Manaus, people can observe the “Meeting of the waters,” the wonderful union of the waters of the Negro and Solimões rivers which together form the Amazon River. Pink river dolphins called toninas or buffets swim in these waters.

Ponta Negra Beach is 13 kms from the center of Manaus. Its beautiful landscape contrasts with the dark waters. There is also the Forest of the National Research Institute of the Amazon (INPA) which has a botanical garden and a zoological garden.

Pico da Neblina, located in the north of the State of Amazonas, is the highest point in Brazil at a height of 2,995.30 meters.

Pico da Neblina National Park is located only 700 meters away from its twin mountain, Pico Phelps, which marks the border between Brazil and Venezuela.

Cultural wealth in the Brazilian Amazon.

As in all of Brazil, the ethnic composition of Amazonian society is made up of indigenous peoples, mestizos, blacks, whites, and a small portion of Asians.

More about indigenous peoples of the Amazon

Refuge of the most impressive flora and fauna

Anavihanas National Park in the Amazon of Brazil is the largest river archipelago in the world. It is made up of more than 400 islands, hundreds of lakes, rivers, and streams. It is rich in plant and animal species. 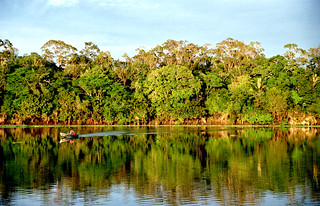 Located on the Negro River, the group of islands is a paradise for biologists, ecologists, and eco-tourism . From November to April, when the Negro River floods, half of the islands are submerged, and the animals take refuge in the highest parts. 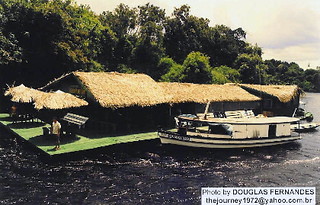 When the waters recede, there are 90m kms of beaches as well as a network of channels throughout the entire region. Anavilhanas is close to Jaú National Park which contains the entire Jaú River basin. It is a UNESCO World Heritage Site and one of the the largest forest reserves in South America

What you should know before traveling

The Amazon rainforest is one of the richest regions in biodiversity in the world. Here are some tips for traveling in the tropical Amazon.

It is very important to have comfortable clothes—preferably light-colored cotton clothes as dark colored clothes attract insects. It is also important to wear closed shoes.

During a trip through the Amazon, long-sleeved clothing prevents you from being bitten by mosquitoes and other insects. For jungle expeditions, it is also important to wear special pants that dry quickly.

Have pain relievers and antihistamines on hand

Pain relievers and antihistamines may be necessary to eliminate pain or discomfort caused by constant exposure to the sun or insect bites.

Always use insect repellent and sunscreen. Also do not forget that you must be vaccinated against yellow fever and tetanus 10 days prior to your trip.

During a journey through the Amazon jungle, it is important to constantly drink fluids. The tropical heat quickly causes dehydration due to intense sweating.

It is extremely important that the fluids are rehydrating and drinkable. A good option is to store some tablets for water purification.

Do not get off the road

Traveling through the Amazon rainforest initially may seem like a fun easy trek, but this is not entirely true. If the path is not well marked, have professional guides open the route.

The humidity of the jungle negatively affects electronic devices, so it is best to store them in sealed bags. In some remote towns electricity is only available for limited hours or not at all. It is smart to have a flashlight.

Backpack instead of suitcase

The Amazon jungle has no five-star hotels. You will do everything yourself. In general, the best option is to carry a backpack preferably with a waterproof protector to keep your items dry from moisture.

Prepare to travel by river

The fastest way to travel the Amazon is on the rivers. Numerous river routes connect the main cities and jungles.

Traveling from one city to another usually takes several days and nights. On most boats you will sleep in a hammock on the open deck.

Danger in the Amazon of Brazil

The Amazon region is a vital carbon store that slows the pace of global warming, and 60% of the Amazon is in Brazil.Unfortunately, since the end of the 19th century and especially from the 1950s, the Brazilian Amazon has suffered an intense process of colonization and deforestation due to the expansion of agricultural land.

More than 80,000 fires have been registered in the Amazon jungle this year largely as a result of deforestation. The burning and the damage caused an international alert and drew attention to this important forest and biodiverse space.

Fires in the Amazon: natural and caused.of the canopy and understory. Increasing frequency. What is endangered when the Amazon catches fire?