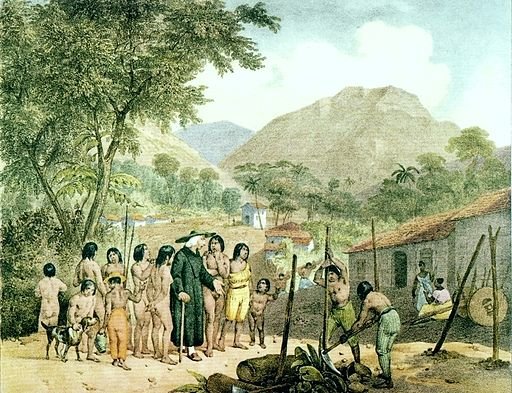 The first missionaries in the Amazon arrived along with the first conquistadors. They were, at first, Franciscan and Dominican missionaries. Then came the Jesuit missionaries, who left a deeper mark among the Amazonian inhabitants.

The lost paradise of the Jesuits in America

The Jesuits arrived in Brazil in 1549, Peru in 1567, and then Mexico in 1572. The Jesuits set out to civilize the Indians and evangelize them by applying an organizational and administrative system to create the indigenous reducciones, or Indian settlements.

The villages they managed were self-sustainable, framed within a communal regime.

It was almost a utopian model, which they put into practice from the middle of the 17th century, and which often came into conflict with the government authorities, because the Jesuits acted quite independently of the local powers.

Until the kings, both Spanish and Portuguese, decided to expel them from America. 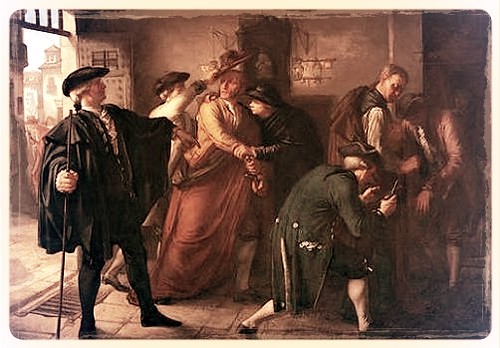 The largest Jesuit centers in the Amazon were established in Maynas, Peru, and Moxos, Bolivia. They generally went into unknown territories, whose local populations had not previously had contact with foreigners or Christianity.

The life of Jesuit missionaries in the jungle

The Jesuit missionaries generally lived in relative poverty, traveling with a minimum of luggage, where there was always a bible, a crucifix and a musical instrument.

The mission of the religious orders, especially the Jesuits, the most organized, was to protect the borders of the Spanish empire from the continuous incursions of the Portuguese bandeirantes who captured indigenous people to enslave them and destroy the Spanish populations.

The Jesuits also faced other problems, such as indigenous uprisings, the diversity of indigenous languages for which they tried to develop lingua francas that would unify communications between the different indigenous groups, as well as the difficulties of mobilization in rugged territories.

Maynas was created as a governorate in 1619 with the purpose of serving as a base for the progressive occupation of the Peruvian Amazon, following the course of the Pastaza River. They settled there in 1631, and in a more stable way since 1638, after the episode of the Indian uprising in 1635, which caused the death of some families of settlers and encomenderos.

From that date, 1638, until 1767, when their expulsion was ordered, the presence of Jesuits in the Peruvian and Ecuadorian Amazon was constant and important.

Although there were not a large number, usually no more than 10 at a time, during a century of action some 161 Jesuit fathers and brothers arrived in the region. Among the Jesuits who worked in Maynas were Samuel Fritz and Franz Xavier Veigl.

Another important center of action of the missionaries, both Jesuits and Franciscans, in the Amazon was in Bolivia, specifically in the Bolivian Chiquitania region.

The Moxos missions were made up of 30 different ethnic groups, distributed among 15 neighboring villages, which were administered exclusively by the Jesuits between 1664 and 1776.

The Jesuits set out to create reductions and missionary centers in Chiquitos, from the end of the 17th century, in the northeast of the department of Santa Cruz, and in Moxos. Among the Jesuits concentrated in Moxos, Fathers Pedro Marbán and Cripiano Barace stood out, while in Chiquitos the performance of Fathers José de Arce, Felipe Suárez, Miguel Streicher and Luis Caballero was important.

Samuel Fritz and his Amazon maps

The figure of Samuel Fritz (1654-1725) is outstanding among the Jesuit missionaries sent to the Amazon. Fritz was a missionary, mathematician and cartographer of Czech nationality, who extensively explored the Amazon, particularly the Amazon River basin.

Ordained as a Jesuit in 1684, he was appointed to travel to America in 1686, to work in the Jesuit missions on the Marañon River, one of the main tributaries of the Amazon, in the land of the Omagua. Tirelessly active, he was called the athlete of God, he stood out as an explorer and founder of towns, of which thirty-eight are counted.

One of them was Yurimaguas. He navigated the Amazon River to draw the map of its course, published in 1707, which he did with great precision, using Pedro Texeira ‘s map and his own measurements.

He elaborated detailed maps of the Amazon basin, following the line of G. Sanson and E. Richter, who elaborated in 1690 a map of the course of the Ucayali. Fritz was appointed superior of the Marañon mission.

There, in the jungle, he lived for more than forty years, dedicated to the evangelization of the Omagua. He died in the Jeberos mission, after a fruitful missionary activity, from the infection caused by the bite of a chigger.

The other important Jesuit was the Austrian Father Franz Xavier Veigl (1723-1798), a great humanist. He arrived in Quito in 1755. In 1762 he was appointed superior of the Maynas mission until 1766, a year before the expulsion of the Jesuits from America. Veigl carried out a great missionary activity exploring the course of the Ucayali and Marañon rivers, important tributaries of the Amazon.

Veigl is more recognized as an intellectual, entrepreneur and scientist (botanist) than as a priest, always interested in increasing the assets of the Society of Jesus. A connoisseur of Linnaeus’ method of taxonomic classification, Veigl is credited with recording several plant species, including cinchona, from which quinine is extracted.

The expulsion of the Jesuit missionaries

The expulsion of the Jesuits took place, on different dates, in the cities of the kingdom of Portugal (1758), or of France (1764) or of Spain (1767), because it occurred in all these parts, sometimes for different reasons.

The process of their concentration, arrest and transfer was relatively easy and orderly. But this was not the case in the Jesuit missions scattered in the jungle, where communications were slow, distances long, roads tortuous and river navigation difficult.

The last Jesuits to be expelled in the Peruvian Amazon were those of Maynas. After the expulsion, the indigenous people of the reducciones dispersed and burned the villages. The first expulsions of the Jesuit order took place in Portugal as early as 1759. The Jesuits had settled in Brazil in 1549.

Why were they expelled?

In both cases, and in the expulsions of members of the order in Naples, Parma and France, different reasons were given. However, what was at the root of the expulsions was the zeal of the kings for the enormous possessions and accumulation of goods of the Jesuits: when they were expelled, the disentailment of their goods took place and their administration passed to the monarchy.

The Jesuits controlled large contingents of indigenous labor, vast sugar cane plantations and cattle ranches, whose products they marketed with their own canoes. But not all missions were successful. The richest were those of Moxos and Paraguay, which had better conditions for agriculture and cattle raising.

There were, in addition, other reasons that stimulated the expulsion: the intrigue of other religious orders, such as the Franciscans, the independence with which the Jesuits acted without obeying the local powers, the disrespect of the Jesuits to the treaty of limits and, probably, to the instigation of subversion movements in those countries. This could have been a political pretext to expel them, as apparently happened with the Motín de Esquilaches, which were popular revolts in 1766 due to the increase in the price of bread, or the prohibition of the use of cloaks or wide-brimmed hats to prevent the concealment of weapons or contraband items.