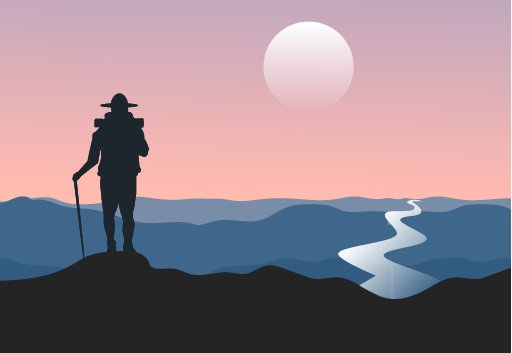 The fascinating and terrible story of the explorers of the Amazon in 7 stages. From the arrival of the first conquerors who dared to venture into the jungle, through the main scientific and commercial adventures, from the sixteenth century to the present day.

We discover what is hidden, or what we ignore its existence, or what we do not know its true essence and value. This search is driven by different purposes: by the thirst to accumulate power and expand domains, to know and record the characteristics of what exists, to exploit wealth or to leave a record of what is unknown.

The truth is that the Amazon, the immense Amazon basin, has gone through all these vicissitudes.

The two faces of the Amazon

The Amazon has lived two lives. One, behind closed doors, as a private matter, in which the protagonists have been the native indigenous peoples of the Amazon basin. A long life, which lasted from about 10,000 years ago until the 16th century.

From then on, a new history began to be written, since the arrival of the Iberians, Spaniards and Portuguese, substantially changed what had been the Amazon.

We could say that, since then, the Amazon became a public affair, where from the outside, the others, those outside the Amazon, intervened intensely, more and more, in the Amazonian life, to influence, subjugate and exploit the native peoples.

It was not from the date of Christopher Columbus ‘ first arrival in the Caribbean islands on October 12, 1942, a voyage that consisted of the invention of America. That was another story, and not exactly that of the Amazon.

That Columbian voyage that departed from the Port of Palos, in Spain, and that lasted two months and nine days of great uncertainty, was a voyage that left with one destination and arrived at another, and that did not fulfill its original purpose, but another objective. It became, accidentally, in a sort of serendipity, as one historian put it, the biggest mistake in modern history.

The conquest of the Amazon

The second Amazonian history, the one we are now interested in describing in broad outline, began to be written publicly with the incursion of Capt. Francisco de Orellana in the eastern Amazon and his journey along the Coca and Napo rivers, until he reached the Amazon River on February 12, 1542, to become the first European to navigate it.

However, the navigator Vicente Yáñez Pinzón was the first European to arrive in Brazil, to see the mouth of the Amazon River in the Atlantic Ocean on January 30, 1500, almost fifty years before Orellana.

Then we witnessed the arrival of the conquistadors and colonizers, along with the chroniclers, during the 16th century.

They did so with great effort due to the difficulties of advancing through the intricate jungle or navigating unknown rivers, and to subdue the resistance of the indigenous groups.

Along with them there were some priests who were in charge of evangelizing the indigenous people.

The seventeenth century was the time of the missionary orders in the Amazon, particularly that of the missionaries of the Society of Jesus, which was a far-reaching and relatively successful enterprise in some regions, if one takes into account the foundation of numerous reductions and indigenous villages organized and catechized by the Jesuit and Franciscan orders.

Of the two orders, the one with the most enduring work was that of the Jesuits, who operated from 1638 to 1767, when they were expelled from Spain’s colonial dominions in America by order of King Charles III.

The Amazon attracted adventurers who tirelessly searched for the mythical land of El Dorado, and theologians who postulated the existence of Eden in the Amazonian territory.

The 18th century was, in general terms, the time when the first naturalists and scientists began to arrive in the Amazon. Among them, three stood out: the French scholar Charles de La Condamine (1701-1774), the Spanish naturalist physician José Celestino Mutis (1732-1808) and the encyclopedist scholar Alexander von Humboldt (1769-1859).

In this century of economic effervescence of the empires, the power of botanists increased and they were considered as “agents of the empire”.

Encouraged by the authorities of European botanical gardens and natural history museums who wanted to enrich their collections, botanists, zoologists and entomologists spread throughout the tropical rainforests of the world, particularly in the Amazon.

In the 19th century, European scientific attention was focused on the Amazon. It was the glorious time of the development of natural sciences, and of the outstanding presence and influence of illustrious personalities such as the German naturalist and explorer Alexander von Humboldt, who explored the Orinoco and the Amazon between 1799 and 1800. And that of the great British naturalist, biologist and anthropologist Alfred Russel Wallace (1823-1913).

In the 20th century, anthropologists began to arrive to study the behavior of the different indigenous groups, their languages, their cosmogonies and their knowledge.

Science arrived, but so did the greed of the cruel rubber barons, who exploited and committed massacres against the indigenous populations in their unbridled desire to get rich.

It was also the time of the adventurers in search of lost cities, among whom the English explorer and adventurer Percy Harrison Fawcett (1867-1925?) stood out, who was an almost legendary and emblematic character in the history of adventure travel in the Amazon.

In all that time, since the 16th century, there have been great changes in the different visions of the Amazon and its development. That first vision of conquest and evangelization gave way, starting in the 18th century and continuing into the 19th century, to the scrutinizing gaze of science, which sought new species of plants and animals to understand the workings of the laws of nature.

7. The Amazon as a booty of many other interests in the XX and XXI centuries.

Not to mention the devastating action of uncontrolled mining carried out by the garimpeiros who deforest the jungle and pollute the rivers, and the presence of drug traffickers who seek new areas of production, transformation and routes to market drugs. Or those who illegally exploit timber or destroy the forest to expand the agricultural frontier.