Amazon fish represent 15% of all freshwater fish species on the planet. There are giants like river monsters like the pirarucú or paiche and tiny ones like the candirú or vampire fish.

Note: if you are looking for the pink dolphin or the manatee (also called river cow) here, we invite you to look for them among the mammals of the Amazon . Since these animals suckle and are warm-blooded, they are not considered fish.

The richness in fish in all the countries of the Amazon basin is unquestionable.

Fish are the largest group of vertebrates, estimating an existence of about 20,000 species on the planet.

The Amazon basin is conducive to this wealth, as it constitutes an intricate network of numerous rivers , of different flows and characteristics that is expressed in a high diversity of indigenous species.

Estimates of the biodiversity of fish in the Amazon place it between 2,500 and 3,000 species , which represents about 15 percent of the freshwater species on the planet.

This enormous ichthyological wealth is due to several factors.

Why are there so many species of Amazon fish?

For some specialists, this richness and diversity is the result of the fact that some 200 to 300 fish species became a base or founder group of an evolutionary process that took place over millions of years, in correspondence with the changes that occurred in the basin. In this way it was possible to reach the current ichthyological richness, which exceeds, according to the most recent records, 2,000 species of fish.

The union of 2 colossal basins.

Another element that helps explain the wide diversity of existing species is the connection between two large basins, the Amazon and the Orinoquía, different in their formation and antiquity, and apparently separate. 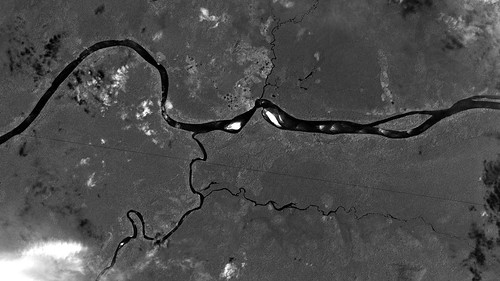 Jules Verne and the “Superb Orinoco”

The possible connection between these two basins, which the indigenous people had known since time immemorial, was the subject of theoretical controversies, explorations and inspiration for novelists such as Jules Verne, who wrote El soberbio Orinoco, published in installments between January and December 1898 in a French magazine.

This connection is the result of the overflow, during times of flooding, of the Blanco River, a tributary of the Negro River, which belongs to the Amazon basin.

The Blanco River flows into the Essequibo River which, in turn, flows into the Atlantic Ocean. Previously there was another connection: that of the Cuyuní River, a tributary of the Essequibo, with the Orinoco River, which functioned as the channel that allowed the passage of fish from the Amazon to the Orinoquía.

Other factors that influence biodiversity in Amazonian rivers

Other specialists point out that the distribution of fish in the basin follows a pattern characterized by the fact that the fish richness varies, decreasing downstream, and from west to east (which intensifies with the change of course of the Amazon River millions of years ago). 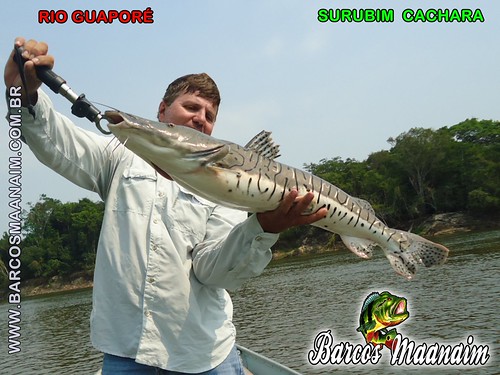 The richness in fish increases according to the temperature of the water and the availability of food energy, and decreases in relation to the increase in elevation and gradient, making habitat conditions more difficult (Ibero-American Agency for the dissemination of science and technology 2019).

All these elements are responsible for the great ichthyological richness of the Amazon basin.

That relationship was amplified by the “capture” of areas of the Orinoquía basin by the Amazon.

This makes many species common to both basins, such as (to name just a few): Arapaima gigas , Pseudoplastytoma fasciatum, Astronotus ocellatus, Prochilodus nigricans.

Species that, by giving them their common names, become familiar to us. For example:

The main species of fish landed at the Amazon fishing terminals are the boquichico , the sardine , the manitoa , the doncella , the lisa and the llambina (Cartay 2016: 129-131).

However, the variety of fish caught in significant volumes is much greater.

More about fishing in the Amazon

✅ The pirarucú or paiche ( Arapaima gigas ) .

Other fish species, such as the paiche or pirarucu (Brazil), the largest and heaviest in the entire Amazon, live and are captured in the lentic waters, and in particular in the oxbow lakes.

More about the Paiche, the largest fish in the Amazon

The boquichico, bocachico or curimata (Br.) ( Prochilodus nigricans ) is the species most captured in Amazonian rivers using commercial fishing.

It is also the fourth most cultivated species in fish farms in the Amazon. It is widely distributed in both the Amazon basin and the Orinoco basin.

It is a microphagous or iliophagous fish, which at maturity reaches a length of 22 to 28 cm. Its content of saturated and polyunsaturated fatty acids ranges from 5 to 6 percent, and protein between 15 and 19.4 percent.

It is a species of rapid growth and little demanding in its feeding. If you add the fact that it adapts easily to captivity, it is highly valued for fish farming.

The sardine ( Triportheus angulatusi ) is distributed throughout the Amazon basin, abundant in some rivers such as the Amazon, the Putumayo, the Caquetá, the Guaviare.

Its body is small, elongated, fusiform, compressed, silver-grey in color. It has scales. It is migratory, omnivorous and spawns at the time of rising rivers.

It is a very popular species for consumption in native communities, as it is suitable for soups and for roasting wrapped in leaves. Its size ranges from 15 to 25 cm, and its average weight is 250 g.

The manitoa , catfish, pirabutón, valentón, grivamutada (Br.) ( Brachyplastystoma vaillanti ) is one of the best-known species of catfish, characterized by its depressed body, long and large head, small and bulging eyes, the presence of spines of support in the fins and long maxillary beards.

Its voracity leads it to feed on small fish. It presents a grayish coloration on the back and whitish on the belly. It reproduces when the period of rising rivers begins.

Nutritionally it is low in fat and high in protein, varying between 15.3 and 17.7 percent.

The damsel , striped catfish, sorumbim (Br.) ( Pseudoplastytoma fasciatum ) , is a fish of the catfish group, which has a length greater than 72 cm.

This fish, in particular, can measure about 130 cm long and weigh about 20 kg. Its skin is smooth, without scales, and its body has a gray coloration on the back and flanks, and a light color on the belly.

Its body is crossed by transverse dark bands, justifying its name of striped catfish. It is a carnivorous fish, which feeds on fish. It spawns during the hydrological cycle corresponding to the growing average.

It is a fatty fish, rich in mono and polyunsaturated fats, and with a protein content between 15.8 and 19.8 percent.

In areas close to gold mining operations, which throw waste into rivers, the presence of high values of mercury, close to the permissible limits, has been detected.

The mullet (Schizodon fasciatus ) is an abundant species in all the rivers of the Amazon basin, especially in the fast-flowing ones.

It is a herbivorous, migratory fish that spawns during the period of rising rivers.

Its body is elongated, robust, with a small head and relatively large eyes, which ends in a forked tail, which indicates its richness in omega acids. Its protein content varies between 14.6 and 19.0 percent.

The llambina, jaguarachi (Potamorhina altamazonica) It is an abundant fish in the lower Amazon, about 19 to 30 cm long, with an elongated body and compressed on the sides, with a mostly silver color, which contains 3.6 percent fat and is rich in protein, between 16 .21 and 18.62 percent.

It is a seasonal migratory species, according to its feeding and reproductive habits, spawning in the phase of rising water.

And some of the others…