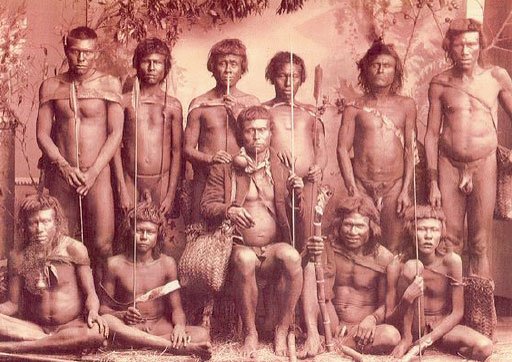 There are many indigenous languages spoken in the Amazon (a total of 4.34% of those spoken worldwide), but few people know them and use them naturally on a daily basis, so they tend to disappear.

It could be said that these indigenous languages, as well as many species of animals and plants of the rainforest, are in danger of extinction.

The total indigenous population currently living in the Amazon basin is not known for certain.

How many indigenous languages are there in the Amazon?

COICA noted that the 2.5 million indigenous people were divided, at the end of the 20th century, into 390 indigenous peoples and 66 peoples in voluntary isolation, and communicated, in total, in some 300 languages, which were affiliated with more than 20 linguistic families.

The actual number of indigenous languages currently used in the Amazon basin is not known with certainty.

The estimated number of languages depends on the criteria used to define it.

Before making a responsible estimate of the number of indigenous languages spoken throughout the Amazon, it is first necessary to define what we mean by language, tongue, dialect, linguistic family and linguistic stock.

And, secondly, after elucidating the question of definitions, to refer to the indigenous languages spoken in the Amazon region of each country that makes up the Amazon, using the studies of regional specialists.

What do we mean by language or tongue?

Language is the universal ability of human beings to communicate by means of signs, oral or written. The RAE states that language is a group of phonemes or sounds that we make when we speak.

Language manifests itself in a concrete way with languages.

A language is a conventional set of forms or signs adopted by the members of a given community to communicate with each other.

What is a dialect?

A dialect is the particular or specific language used in an area, and is manifested as the regional way in which a language is used, using local voices only known in those regions.

What is a language family?

A language family is a set of languages that have the same origin or linguistic genetic base, with a common historical origin, a mother tongue, and that are phylogenetically related.

A linguistic stock is a set of language families that have a common origin, even if it is very remote.

There are, in practice, language families consisting of only one language, a language with no resemblance to any other language in the world.

Indigenous languages of the Amazon by country.

Let us now turn to the indigenous languages used in the Amazonian portion of each country, noting that the basin is dominated by multilingualism, without the existence of an Amazonian linguistic unit.

Although historically the idea of unification has prevailed, for reasons of facilitating the process of conquest and colonization, the expansion of the Spanish and Portuguese empires, and Catholic evangelization, in the case of the religious missions that operated in America from the sixteenth to the eighteenth century.

It should be added that many linguistic currents flowed into the basin as it was occupied over a long period of 12,000 years.

This multilingualism of the Amazon basin is also characterized by the fact that most of these languages have few speakers and, for this reason, tend to disappear in the medium term.

The extinction of a language represents an immense loss of cultural heritage, of incalculable value for the understanding of the evolution of human civilization.

Indigenous Languages of the Bolivian Amazon

In the Bolivian Amazon In the 17th century, there was a diversity of indigenous languages, which the Jesuit missions endeavored to unify, using a general language (a language adopted to communicate between people who did not have the same mother tongue). This is the case of mojo or moxo, which was spoken in Mojos or Moxos, in the Beni region.

Colonization began in the Amazon and the missions concentrated individuals of different ethnicities in certain indigenous populations or reductions to force them to communicate in a single language: Mojo.

The missions made progress in the Bolivian Amazon, recognizing six general languages in the 18th century: Canichana, Movima, Cayubaba, Itonama, Baure and Sapive. In some of these languages the missionaries produced grammars and religious treatises, until they were expelled in 1767.

There are now 20 indigenous languages spoken in the Bolivian Amazon, affiliated to 5 linguistic families, and a total of 7 isolated or unclassified languages. In Beni alone, 15 of these languages are spoken: Reyesano, Cavineña, Ese Ejja, Cha’cobo, Pacahuara, Moré, Baure, Trinitario/Ignaciano (Mojo), Sirionó, Yarakaré, Chimame, Canichana, Movima, Cayubaba and Itonama. Some of these languages were moribund or threatened with extinction because they had few speakers.

In the Brazilian Amazon between 150 to 170 languages are used, and even the Laboratory of Indigenous Languages and Literature of the University of Brasilia reports 199 languages. In any case, there are two main linguistic trunks in Brazil: Tupi and Macro-Jé.

In addition to these two stocks, there are several linguistic families that do not belong to any specific stock, such as Aruak, Karib, Pano and Tukano.

A very important language is Nheengatú, considered the general Amazonian language, of which hundreds of speakers have been reported along the banks of the Guaviare River.

Among the Brazilian Amazonian indigenous languages there are some particularities, such as sign language (uruba kaapor), communication by whistling (pirahá language) and tonal languages, such as tikuna and surui, which use intonation to give a different meaning to a word.

Another peculiarity is that there are many Brazilian languages that have very few speakers and will disappear in a short time. It is estimated that between 45 and 60 languages will become extinct by 2030 for this reason.

In other cases there are languages spoken by a large group, but over the age of 40, because young people have no interest in using it.

Wilmar da Rocha D’Angelis, an expert from the Linguistic Laboratory of the University of Campinas, pointed out that in the last 500 years about 1,000 indigenous languages disappeared in Brazil, as the community of speakers itself became extinct.

There are many factors that affect the continuity of a language, such as few speakers, school systems that do not give importance to these languages, TV and the Internet, proximity to urban areas and the world of work.

Indigenous languages of the Colombian Amazon.

The other indigenous groups of the Amazon have less than 500 speakers each, with a strong tendency to disappear.
Jon Landaburu (2005) points out that the major linguistic families of Colombia are Chibcha (with 7 languages), Arawak (with 8 languages), Carib (with 2 languages), Quechua (with 3 languages) and Tupi (with 2 languages).

The Paikoka and Baikoka languages belong to the western Tucano. A la jíbaro or jivaroana, the Shuar Chicham, Achuar Chicham and Shiwar Chicham languages. To the Záparo or Zaparoan, the Záparo and Andoa languages (extinct) and the Quechua, to which the widely distributed Quechua language belongs.

There are also two languages, A’ingae (Cofan) and Waotodedo, which have no recognized linguistic affiliation.

In the Peruvian Amazon 47 languages are spoken. Of these, 43 are Amazonian and 4 are Andean. All of them are in force because they have speakers.

Quechua is a linguistic entity whose variants are spoken in 7 South American countries: Ecuador, Peru, Bolivia, Argentina, Colombia, Brazil and Chile. It was, in the times of Thuantinsuyo, the general language of Peru, and extended as far as the Amazon. Currently its Kichwa variant is spoken in the regions of Loreto, Madre de Dios and San Martin.

Indigenous Languages of the Amazon in Venezuela

In the Venezuelan Amazon specialists refer to the northwestern Amazon, which is an ethnographic, linguistic and territorial unit shared by northwestern Brazil, southeastern Colombia and southwestern Venezuela, and the basins of the Guainía and Negro rivers.

In the northwestern Amazon and, in general, in the Amazon basin, multilingualism is practiced, with the predominance in many areas of Nheengatú, or ñengatú, yeral or geral.

Indigenous languages of the Guianas and Suriname.

In the part of the Orinoco-Amazonian region that includes the territory of Guyana, French Guyana and Suriname, the linguistic situation is as follows:

Guyana is a multilingual country, made up of racially and culturally diverse inhabitants from Britain, India, China, Africa, the Caribbean islands and migrants from neighboring countries.

They are also used in Guyana dialects of Arawakan, such as Arawak and Napishana, and other languages such as Wardo. Other indigenous languages spoken in Guyana include Pemón, Arecunag, Taurepan and Mapidian.

In French Guiana the official language is French, but the most widely spoken language is Creole, created with borrowings from French, English, Spanish, Portuguese and other African and Amerindian languages. Amerindian languages include Wayana, Emerillon, Palijur, Arawak, Wayampi, Kali ína. When the Spaniards arrived, the territory was occupied by indigenous people who spoke the Arawak language.

A fantastic trip through the cities of the Amazon River from its main tributaries in Ecuador, passing through Iquitos, Leticia, Manaus among others.

Everything about the culture of the Amazon: indigenous tribes, languages, economy, women, dishes, costumes, dances and typical music, worldview, documentaries and more…