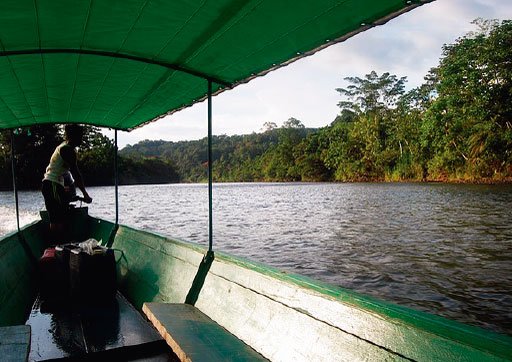 In order to study the economy of the Amazon region, it is important to first differentiate between the commercial activities of the large Amazonian cities (Iquitos, Loreto) and those that take place in the interior of the jungle .

Although the two main Amazon cities, due to the number of people who inhabit them, are undoubtedly the city of Loreto in the Amazon region of Colombia and the city of Iquitos in Peru . In both an intense commercial activity is developed.

But the economy of the Amazon region is not limited to the monetary exchanges of the city, but also encompasses all modes of production or modes of subsistence of the indigenous in the jungle, isolated if you will, independent of the market economy.

Human beings who arrived in the Amazon, and settled there, some 10,000 to 12,000 years ago were hunter-gatherers. Only on the way of their long journey, upon reaching the Amazon, and interacting with this new environment, which probably surprised them due to its exuberance, did they expand their forms of existence and their production relations.

Hunting and fishing in the Amazon.

In addition to hunting, more favorable in an environment with a great diversity of mammals and birds, they perfected the art of fishing for freshwater fish and turtles, abundant resources in that basin crossed by numerous bodies of water.

And they expanded their gathering activities, although it surely lost relative importance in that environment so diverse and rich in specimens for hunting and fishing.

More about hunting and fishing in the Amazon

Agriculture in the Amazon (Chacras)

The activity of harvesting, as a basic source of subsistence, was even more diminished when an incipient agriculture began, with the constitution of small farms and family gardens.

In this evolutionary process, the latest productive activity has been the domestication of animals typical of the Amazon, which they call forest animals, as well as animals introduced to be domesticated, such as the chicken, the pig, the common duck.

More about agriculture in the Amazon

Harvesting in the Amazon as a complementary activity.

Harvesting in the Amazon is, therefore, a complementary activity in the diet, both for indigenous societies and for settlers, more so for the former than for the latter.

And it became an activity carried out mostly by the women and children of the native communities.

Its importance increases during the time of rising rivers, when the products of hunting and fishing decrease, and wild foods are collected from the forest to consume them, most of vegetable origin.

More about the collectors in the Amazon

In this section you will find an introduction to fish farming in the Amazon: historical background, current difficulties, benefits and advantages of developing this activity as a way of integrating local indigenous groups into the global market.

More about fish farming in the Amazon

The consumption of insects in the Amazon.

Although the widespread consumption of insects exists in almost the entire Amazon basin , it acquires a certain importance, especially at this time of rising rivers, as sources of protein and fat.

In the Ecuadorian Amazon region, the tourist destinations par excellence are the Cuyabeno Reserve and the Yasuní National Park.

In the case of Venezuela, the Canaima National Park stands out, with its famous tepuyes, the Angel Falls (the highest waterfall in the world) in the state of Amazonas, as well as the Paují on the border with the Brazilian Amazon.

In this section we put information about tourism in the Amazon: places or tourist sites and accommodation.

More about tourism in the Amazon