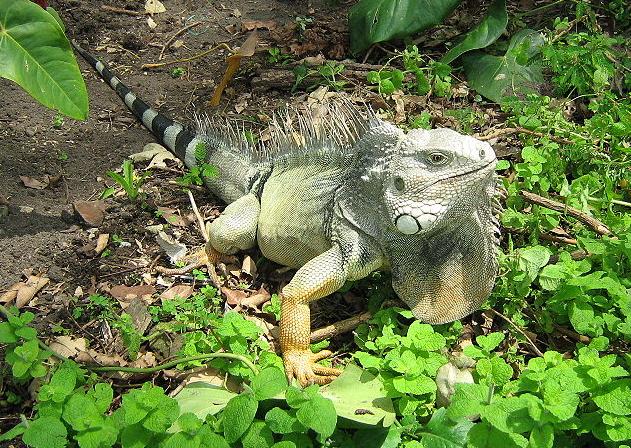 There are iconic Amazon reptiles such as the anaconda and the black caiman, but there are many more species, how many have been recorded? how are they classified? And where do we find them?

In the jungle there are several species of lizards, snakes and turtles, here is a selection of the most representative Amazonian reptiles.

Main threats to reptiles in Amazonia

Unfortunately, an increasing number of the species mentioned here are under threat, so it is urgent that each one of us becomes aware of the irreparable damage that is being done to the fauna of the Amazon and the world.

Among the human activities that threaten the survival of many of the aforementioned Amazon reptile species and their natural habitat are:

The following are the main groups of reptiles of the Amazon and the most representative species as appropriate.

Within the group of snakes that live in the Amazon, the following snakes stand out Anaconda ( Eunectes murinus, E. notaeus ) the largest snake in America, which can reach up to 8 meters.

Eunectes murinus is the dark green anaconda, with oval black and ochre markings on the flanks. E. notaeus is yellowish in color and smaller in size. These species produce up to 30 young per litter.

More about the Giant Anaconda!

Another snake present in the Amazon is the Boa Constrictor. Boa (Boa Constrictor) can measure a length of 5 meters. It is not a venomous animal, it stealthily attacks its prey by strangling it with its powerful body.

The Amazon is also home to the Machaco Parrot (Bothrops bilineatus), a species of venomous snake of the viper family (Viperidae). It mainly inhabits primary forests, and can be found more frequently near streams and rivers.

Also within the group of the most outstanding snake species are the velvet snake or yellow beard (Bothrops asper ) and the jergon snake , mapanare, mapaná (Bothrops atrox). Both possess a very potent venom that produces hemorrhage and coagulation.

More about the velvet snake

Among the reptiles of the Amazon we find iguanas, which are also found, of course, in many other ecosystems, with very rare subspecies within the basin.

There are a variety of reptiles of this type such as the green Iguana or common Iguana (Iguana iguana), which commonly lives in trees, with scaly skin, dewlap and a spiny ridge along the back to the middle of the tail. These animals are harmless and have terrestrial and arboreal habits.

Iguanas measure up to 2 m in length from head to tail and can weigh more than 15 kg. In the Amazon there are two more species of iguanas: the red-headed iguana (Dracaena guianensis) and the black-headed iguana (Tupinambis teguixin).

The Amazon is home to the Alligator, crocodile, spectacled caiman or white caiman (Caiman crocodilus) is a reptile of carnivorous origin. This Amazonian reptile in some cases can reach up to 3 meters in length. They feed on fish, amphibians, reptiles, birds, and small mammals.

Another outstanding reptile of this region is the lizard, crocodile or black caiman (Melanosuchus niger) which exceeds the white lizard in size, as it can measure up to 6 meters in length and weigh up to 400 kg.

More about the black caiman

They feed mainly on fish, supplementing their diet with animals or birds. Their meat and skin are highly valued locally, so they are in danger of extinction.

The Caiman postruso, cachirre or dirin-dirin (Paleosuchus trigonatus), a caiman that can reach a length of 1.5 meters, also integrates the group of lizards. Its body is reddish brown and its diet is based on birds and small mammals.

Additionally, we can mention the Caiman Yacare and the Jesus Christ lizard. The latter, of tiny size, has the peculiarity of being able to walk on water.

More about the Jesus Christ Lizard

It is worth mentioning that in the Amazon region so far, about 17 species of turtles, both aquatic and terrestrial, have been recorded.

Added to this are other imminent threats such as deforestation, agricultural development and climate change.

Furthermore, experts estimate that since 1700, no less than 200 million eggs have been collected and countless turtles have been hunted, to the point that today most of the species are in danger of extinction.

Among the Amazonian turtles, the most outstanding are the following:

The Charapa turtle (Podonecmis expansa). It is the largest of the genus Podocnemis. An adult female can weigh more than 50 kg and its carapace can measure more than 80 cm. Females are larger than males.

The Charapa is a purely aquatic species. Its carapace is dark and its head is relatively small, blackish gray, conical in shape and with a dotted snout. On the forehead there is a furrow extending from the nostrils to the eyes.

The Cupiso (Podocnemis sextuberculata) is a small river turtle, measuring only 30 centimeters, with aquatic habits, dark gray carapace, the female’s head is brown on top and gray on the sides, the male’s is grayish. And it feeds basically on aquatic plants.

Also within the group of aquatic turtle species is theMatamata (Chelus fimbriatus) is a purely aquatic species, easily identifiable because its head and neck have small protuberances, it is colored and reaches a length of 46 centimeters.

And finally we can mention the Taricaya tortoise (Podocnemis unifilis) is a tortoise Its carapace measures up to 48 centimeters. Like other chelonians, the female is larger than the male. Its carapace is convex and oval in shape, blackish in color. This species is characterized by yellow spots on its face.

Motelo (Chelonoidis denticulata) is a terrestrial turtle that can exceed 50 centimeters in length. Its carapace has an elongated elliptical shape, rounded at the contours.

This yellow-footed land turtle is also known as the jungle morroccoy or Amazonian morroccoy. In its natural habitat it has a wide range of food available, with tropical grasses, leaves and fruits being its main food source.