Why is the Amazon forest being deforested if its soils are poor in nutrients (see: Amazon soils)?

If the deforestation of the Amazon forest is so damaging, and the soils are so unproductive, why does deforestation continue at an ever-increasing rate, with the complicity of many local governments and the indifference of a large part of the population?

The case of transgenic soybeans in the Amazon.

Why, then, is multinational private capital so intent on deforesting it to establish crops, such as transgenic soybeans, which are in high demand on the world market for food and animal feed, such as soybean oil and soybean meal?

Because soybean cultivation is part of a complex that involves the use of transgenic soybean varieties and specialized herbicides, such as glyphosate, protected by patents that produce large profits for the companies that developed them.

The case of peasant invasions in the Amazon.

Why, then, does the forest continue to be deforested at an increasing rate by landless peasants and roads driving uncontrolled encroachment? 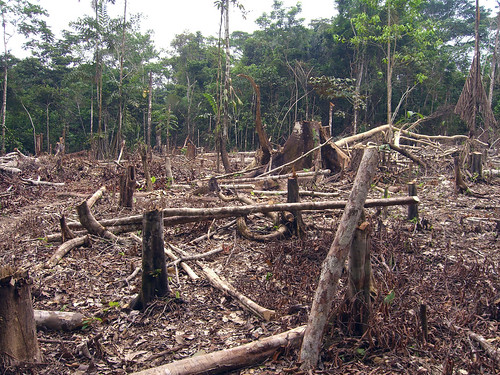 The invading peasants, incited by the hidden interests of national businessmen who use the shortcomings of desperate peasants, act as a spearhead for deforestation, so that the landowners can then expand the agricultural frontiers of their farms and consolidate their cattle ranching projects.

The case of mining and illicit crop cultivation in the Amazon.

Why, then, does the forest continue to be deforested to establish oil exploitation in the vicinity of protected natural areas, or mining operations, often illegal, and clandestine coca cultivation?

Because large international, national, regional and local interests, driven by high profits, allow and encourage it, through the operation of a scandalous network of corruption.

Deforestation figures in the Amazon Basin:

The rate of deforestation has increased in the Amazon basin. In some countries more than in others.

But Brazil is no exception.

We found deforestation in all countries in the region.

Ecuador ‘s deforestation rate is 0.7%, three times higher than Brazil’s, and some 40,000 hectares are deforested annually, despite its small size. 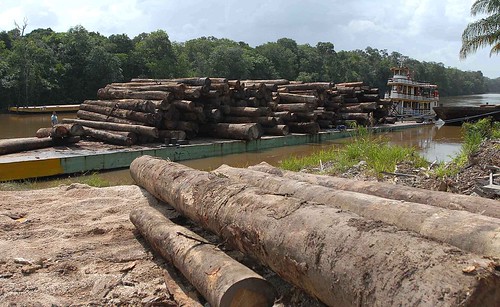 Will the Amazon disappear?

The reasons for deforestation are almost always the same: the expansion of soybean and African palm monocultures, large-scale oil and mining exploitation, illegal, irresponsible and purely extractive logging, the expansion of grazing areas and the construction of population centers, roads and dams.

The constant and increasing deforestation puts the Amazon’s water, forest, biodiversity and ethnodiversity at high risk.

The uses of the Amazon are many and, paradoxically, very limited.

In addition to macro-uses (such as the regulation of hydrological cycles, the climate, the fauna and flora ), biodiversity creates numerous useful applications for human life and wellbeing, ranging from the fruits and unknown and nutritionally promising fishes , passing through numerous medicinal plants and textile fibers, to a marvelous setting for developing activities of ecotourism, rural ecotourism and academic tourism and scientific research.

Hundreds of uses have been recorded for palms alone.

But the use of Amazonian lands is also, ironically, very limited for agriculture and cattle ranching exploited with conventional modes of production.

The specialists recommend the development of a responsible forestry activity, practiced within a framework of sustainable development and respect for nature and the local population, framed under the standard of decent work, promoted by international organizations, which implies fair wages and decent working conditions.

A selection of tree species from the Amazon: list of medicinal, healing, aphrodisiac, timber and edible Amazonian trees