As expected, there are many timber trees found in the Amazon .

But although here we leave you a selection of 10 species, their uses and main characteristics, it is good to remember that many times the most valuable thing about a tree is not its wood but its flowers or its fruits, in the most immediate commercial sense.

This is the case of the ceiba, for example, a very important tree in the worldview of Amazonian cultures to which we will dedicate a separate chapter.

The Amazon rainforest is being increasingly exploited inappropriately. We do not replace what we take from it, little is cultivated, little is protected and it is constantly the victim of unscrupulous looters who seek to take advantage of its riches without really understanding its fragility.

The case of the exploitation of the rubber tree is a good example. While the rubber barons They thought that their exploitation would be infinite and that no one would find out or the over-exploitation of indigenous labor mattered little, the English took the seeds and sowed them in an organized way, in their colonies (Ceylon, British Malaysia and sub-Saharan Africa) generating jobs better remunerated and dignified and thus managed to defeat the Amazonian rubber monopoly with a truly sustainable system.

The deforestation of the Amazonian forest, the fires fueled by livestock, illicit crops is a serious problem with terrible implications for the survival of many species and for the environmental balance of the planet in general.

10 timber trees from the Amazon

Without further ado and having made it clear that the exploitation of wood must be done in a responsible and sustainable way, we leave you a list of the 10 best-known Amazon timber trees.

Tree up to about 30 m tall and with an average trunk diameter of about 90 cm. Its wood is commercialized to make furniture. The seed of this plant is edible.

It can be said that the almond tree is a tree with a height from 30 to 50 m, with a wide trunk, which goes from 60 cm to more than 2 m in diameter.

In Brazil they know it as amendoa do Peru, and in Ecuador as almendro. The fruit is a drupe containing up to three seeds. The wood of the tree is recognized for its great hardness.

The species popularly known as huayo sugar is a tall leguminous tree, reaching about 40 m.

It has a straight trunk, about 2 m in diameter, and resinous bark.

From there a resin called copal is obtained, used as incense to perfume environments and to make varnishes.

Its wood is hard and valuable.

The barbasco caspi is a tree about 10 m high, with a timber trunk whose fruits and roots are used as ingredients in the elaboration of curare.

Lauraceae tree, about 25 m tall, timber, whose bark is brown, reminiscent both in color and smell of cinnamon. 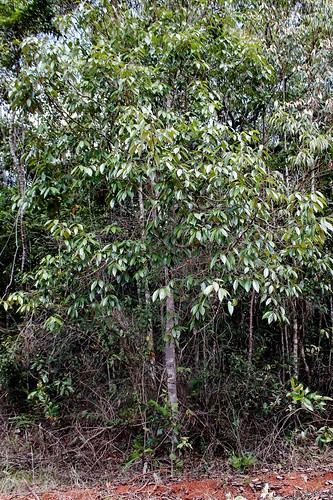 In Ecuador it is one of the ingredients in the elaboration of the colada morada. They call it louroinhamuí, louro vermelho (BRA), red ishpingo (ECU).

Fabaceae tree, hardwood, used to make harpoons, spears and arrows. Its bark is macerated in liquor to prepare a drink considered aphrodisiac and anti-rheumatic.

Some combine its bark with others, such as chuchuhuasi or clove huasca to reinforce its aphrodisiac properties.

They abound in the Peruvian Amazon , they have a tall size, a straight trunk and oily fruits from which an oil is extracted for lighting. 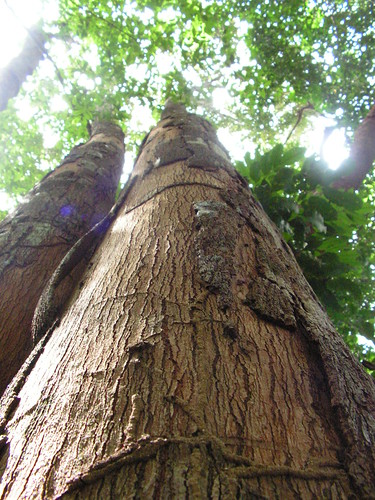 Its greatest use is as a timber species, used by local residents as sawn timber to build their homes, and in the regional timber industry.

Leguminous tree, 25 to 30 m tall, of the Fabaceae family, timber, produces a black drupe with a sweet flavor, edible, that contains coumarin, an organic chemical compound of benzopyrones, which can be toxic when consumed.

The tahuarí is a tree up to 30 m tall, with a straight trunk, very hard and precious wood, used to make floors, farming utensils and tools.

This is a tree made of very light, spongy wood that floats, which is why it is also known as balsa wood.

Its soft flower is used as stuffing for mattresses and pillows, and to adjust bolts in blowguns used as hunting weapons.

Not only the trees are timber, also many palm trees are. The palms of the Amazon have a number of unsuspected uses for many and especially for the Amazonian indigenous people .