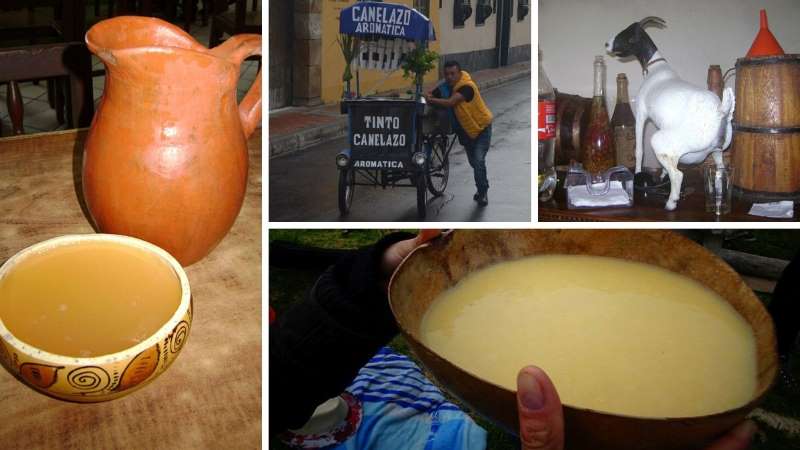 We find, depending on the region, three kinds of drinks from the Amazon (other than water): non-alcoholic , alcoholic , the so-called aphrodisiac and psychoactive.

Beverages in the Amazon context

In the Amazon basin , a little more than thirty million people live together in two basic contexts that, in a simplified way, we can call rural and urban.

Each one with its peculiarities in terms of its forms of culture and economy .

Their social behaviors differ, as well as their ways of entertaining themselves.

Popular drinks in an Amazonian market

When we visit a popular market for the first time, as happens in the main Amazonian cities of each country: Manaus, Brazil , or in Iquitos, Peru , or in Letitia , Colombia , or in Tena, Ecuador , or in Puerto Ayacucho, Venezuela , we are amazed to witness the sale of a huge amount of wild fruits , which we had never seen, and we call them “exotic”.

Non-Alcoholic Beverages from the Amazon

Non-alcoholic beverages are numerous, among them we find:

Drinks prepared with palm tree drupes and those made with cassava , such as: cassava, banana, sweet potato or pandisho masato.

Like the huarapo or guarapo made from sugar cane.

These are refreshing drinks, taken fresh, without letting them ferment.

Trade of Amazonian fruits in the cities.

The wide variety of fruit juices, many of them unknown outside the region, are not used to drinking in the jungle , and they are only found in the stores located in the main Amazonian population centers, and in particular, in the picturesque public markets that operate in Amazonian cities such as Manaus, Belem do Pará, Tabatinga, Iquitos, Moyobamba, Tarapoto, Leticia, Puyo , Tena, Puerto Ayacucho.

In some cities, such as Iquitos , street vendors sell aguaje drupes, aguajina, and aguaje ice cream on the street.

In Amazonian cities there is also a growing consumption of soft drinks or carbonated beverages.

Alcoholic or fermented beverages from the Amazon

Among the members of the native Amazonian indigenous communities, the most popular drink, in all the countries of the basin , is masato or chicha, generally made from sweet yucca. They call it the beer of the Amazon.

Alcoholic beverages are many and popular, and are consumed by both the inhabitants of the native indigenous communities and the Amazonian population centers, although the reasons and the drinks consumed are different.

Masato : beer from the Amazon

Among the fermented ones we find the masato or chicha , which is made with yucca, or banana, or palm drupes, which are the preferred drinks by the Amazonian indigenous people.

Among the members of the native Amazonian indigenous communities, the most popular drink, in all the countries of the basin, is masato or chicha, generally made from sweet cassava, although they also make it from other raw materials.

They call masato the beer of the Amazon.

The most popular drinks among mestizos and settlers are beer, aguardiente or cachaça, and alcoholic beverages derived from the maceration of certain barks or roots in cane liquor.

Many of them have colorful names, such as beehive, chuchuhuasi, canelazo, huitochado, orange or viborachado, or names with double meanings, such as romper calzón, achuni ullo, get up Lázaro, seven times without taking out, in clear allusion to their alleged aphrodisiac powers.

In the populated centers of the basin, the most popular alcoholic beverage, in this case distilled, is cane liquor or cachaça.

Among the psychoactive drinks, which contain alkaloids, such as caffeine and other alkaloids, which cause certain effects on the normal functioning of the central nervous system, we find the infusion of guayusa , and the drink of ayahuasca , stronger than the first, and that is ingested in magical-religious contexts, ritual ceremonies or physical or spiritual healing.

The infusion of guayusa, or simply guayusa, is the daily and ritual drink of some native communities of the Ecuadorian Amazon , such as the Achuar or Jíbaro.

Outside that region, guayusa is little known and consumed.

The main elements that distinguish the gastronomy of the Amazon region: drinks, typical dishes. The masato, preparations wrapped in leaves

A list of the most representative typical dishes of the Amazon: mazamorras, broths and soups, sweets and desserts, casabe, preparations wrapped in leaves.