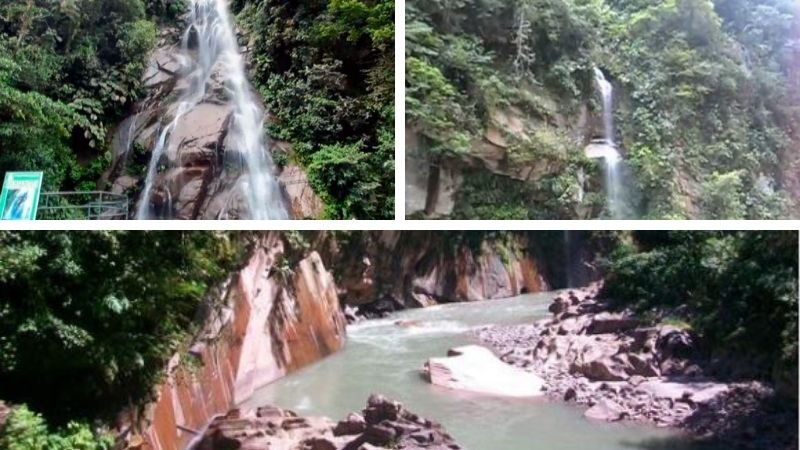 The natural open “Boquerón del Padre Abad” was discovered on May 25, 1757 (17th century), by Father Francisco Alonso de Abad (Franciscan friar explorer of the Aguatía River) in his search to discover new routes to the Pampas del Sacramento and the rivers navigable from the Peruvian Amazon, as well as evangelize the community Cashibo Native(MINCETUR, 2016).

“…of an open hole that gives rise to a stream in broken terrain of impressive and majestic height, narrow gorge and vertical rocky slopes…”

Later, it was rediscovered in 1937 during an expedition led by the engineer Augusto Coz and Alfonso Bernoz, starting from Tingo María and facilitating the construction of the Tingo María-Pullcapa highway or Federico Basadre highway (ENPERÚ, 2015, s/n).

The “Boquerón del Padre Abad” is a 3 km long river canyon, where the Yuracyacu River (a Quechua word that translated into Spanish means white river) changes its name to Río Aguaytía.

This geographical feature is located in the District of Padre Abad, province of the same name in the department of Ucayali, Peru, in the eastern or blue mountain range, 183 km from the city of Pucallpa or 22 km from Aguaytía.

In the central part of the Boquerón there is a tunnel approximately 300 meters long that pierces the great mountain (MINCETUR, 2016).

Origin of the Padre Abad Anchovy

Its origin is a geological fracture that forms a narrow corridor of rocky walls of more than 100 meters, with a very uneven relief due to the presence of steep slopes and boxed valleys.

With a mountainous landscape of jungle in which more than 70 cold and crystalline waterfalls can be seen, the most important being the Veil of the Bride and the Shower of the Devil, being possible to bathe at the foot of the waterfall.

It is a cloud forest area with great biodiversity: On the one hand, a flora with several species with aquatic and semi-aquatic habitats, including orchids, ferns, mosses, palm trees and wild flowers that hang from above and grow on the rocks. or boulders.

On the other hand, the representative fauna of the place is made up of various mammals, insects, reptiles, birdsand butterflies. It is also possible to observe expressions of cave art in some rocks (Banco Central de la Reserva de Perú, s.f.; MINCETUR, 2016).

In this easily accessible site of tourist interest, it is also possible to practice canoeing through the Yuracyacu River.

The months of January to April correspond to the period of rains or higher rainfall, therefore the watercourses are at their highest flow; the Yuracyacu river is not navigable until after it exits the canyon (MINCETUR, 2016).