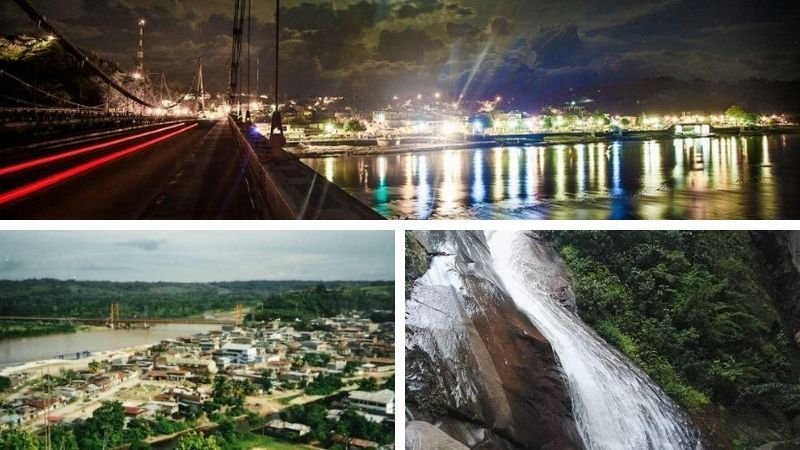 Aguaytía is the capital of the Padre Abad province in the Ucayali region of Peru. It is located on the banks of the river of the same name, a tributary of the Ucayali River, between the cities of Tingo María and Pullcapa, offering landscapes of the Peruvian jungle.

The Aguaytía river basin has an approximate area of 1,762,086 ha., equivalent to 17.21% of the Ucayali Region; Its territory includes the high jungle, although mostly the low jungle, and it is covered by a wide hydrographic network, the central axis of the basin being the Aguaytía river and a sector of the Ucayali river, and the respective water currents that flow there (Institute Research of the Peruvian Amazon, 2002).

Since ancient times, the first settlers of the province of Padre Abad were the indigenouspeople of the Cashibogroup, descendants of the Panolinguistic family; It was also inhabited by the Shipibo-Conibo, Shetebo, Cacataibo and Carapacho.

Aguaytía and the exploitation of rubber

In the period 1889-1915, the basins of the Aguaytía and San Alejandro rivers became extractive fronts of the Peruvian economy during the exploitation of rubberin the Amazon, violently incorporating the indigenous population.

At the same time, labor was added from the jungle and sierra area, leading to a wave of migration to this producing region.

Later, the immigrants dispersed on the riverbanks and, consequently, Aguaytía began to be populated as a hamlet in 1914.

Counting among its first inhabitants Gustav Ernest Fischer and his wife Eva María Alfageme López, a Swiss national, as well as Augusto Fernández de Paredes Abril and his family, a Lima native and rubber tapper in the Peruvian Amazon in the Putumayo area (Torres, s.f.).

Among the places of tourist interest near the city of Aguaytía, we can mention the bridge that is located over the Aguaytía River, built between 1940-1942, being the largest in Peru.

The bridge over Velo de la Novia, the Aguaytía boardwalk where you can see the river and has rest areas for passers-by; the Velo de la Novia waterfall that flows into a natural pool.

There are also the Ducha del Diablo, Regalías and Santa Rosa waterfalls.

Gastronomy and typical dishes of Aguaytía

The tacacho with cecina (roasted green plantain dough, with roasted and smoked pork or chorizo).

Inchicapi de gallina (soup to which corn and peanuts are added), among others (Municipalidad Provincial del Padre Abad, 2020).