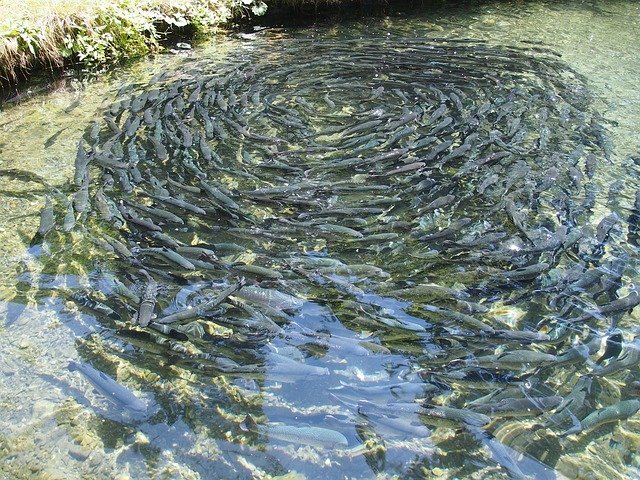 Fish farming in the Amazon, included within aquaculture, consists of farming fish in dammed or confined waters for productive purposes.

It is an activity that, without requiring high technology, involves attention to important aspects such as the production system, nutrition and feeding of the fish, reproduction and genetics, health and pathology, economic investment and management hatchery business.

Difficulties of fish farming in the Amazon:

This can be difficult to guarantee in Amazonian fish farming, especially when working with native fish species that lack information on their physiological behavior.

Because not enough scientific research has been carried out on the subject, since there are few researchers, applied economic funds and institutions that do it.

Basic conditions for the success of the fish farming business:

It is known that not all native species can be subjected to captivity. To be successful in the fish farming business, a series of conditions must be met, among them we have:

Historical background of fish farming in the Amazon:

Fish farming began timidly in the Amazon in the 1940s, in Brazil and Peru. with few species.

Initially with the paiche ( Arapaima gigas ) , and then in the 1960s it was extended to other species such as gamitana ( Colossoma macropomun ) and paco ( Colossoma brachypomus ), in particular with the rearing of fingerlings or seeds that were distributed in hatcheries in some places in the Amazon.

Later, other species such as boquichico ( Prochilodus nigricans) and others were bred.

Then exotic species such as tilapia began to be cultivated. But the most successful experiences were developed with gamitana, paco, boquichico and paiche or pirarucú.

Many of polyculture: with two or more species: gamitana, boquichico and catfish, for example.

In general terms, it can be said that fish farming is still a relatively underdeveloped activity, with many difficulties because there is a lack of information for many species in research on induced reproduction, about their pathologies and feeding systems of local production and low cost.

Advantages of Amazon fish farming in the global market:

Fish farming has, however, a great potential for growth, especially with native species, whose consumption is just entering the market of developed countries.

In its favor it has its exotic condition, its low relative price and its high rate of food conversion, common to fish.

The fish is a cold-blooded animal, which does not expend energy to maintain its body temperature, which makes its rate of conversion from food to meat more efficient.

This characteristic makes it comparatively more advantageous with the protein obtained from beef, pork or chicken.

One of the biggest challenges in fish farming in the Amazon is to incorporate indigenous native communities or low-income white settlers into the experience.

The limitations come from their low motivation to develop economic activities in association and their low capacity for entrepreneurship.

In such a way that it is not only necessary to develop research activities applied to the selected species and cultivation methods, but it is also necessary to train local communities to organize themselves around the activity and with a view to competing in the market. national market and international markets.