Paradise on Earth in the Amazon? This has been a hypothesis defended by many in history. In the 17th century, we find two great “advocates” in favor of this thesis, whose interesting arguments we will now see.

What can someone from the 17th century say about a region that accumulates so many natural bounties? It was not known with certainty at the time. Now we know: the Amazon is the largest tropical rainforest on the planet.

It is the largest of the world’s three major tropical basins: led by the Amazon, followed far behind by the Congo and Southeast Asian basins.

With its almost 7.4 million km2, it represents 4.9 % of the planet’s continental surface, and a little more than 56 % of the world’s tropical forests.

We call this concentration of wealth rich biodiversity, or even megadiversity. Only possible in very few places on Earth.

Before, marveling at the wealth of plants, animals, diversity of rivers and immensity of the forest, they saw it as a land of grace.

Some, at least two 17th century theologians, called it the Earthly Paradise, or Eden .

Where is Paradise on Earth?

One, Antonio de León Pinelo, located it in the Peruvian Amazon, and the other, Simao de Vasconcellos, in the Brazilian Amazon. The others, among them several chroniclers, made continuous references to the wonders of the New World, without daring to call it that.

León Pinelo was an enlightened priest, polygrapher, bibliophile, who became Cronista Mayor de Indias, after a life of great efforts. Born in Valladolid, he descended from a Jewish family that was persecuted for its religious faith. His grandfather was burned in Lisbon in 1596.

The family emigrated to America in 1604, settling in Buenos Aires. His period of formation began there with the Jesuits, then he went on to the University of San Marcos in Lima, Peru, where he graduated in law in 1619. In 1622 he returned to Madrid. Between 1624 and 1634, by mandate of the Council of the Indies, he compiled the laws of the Indies.

He was then relator of the Council of the Indies, between 1636 and 1639, to serve later, in 1658, as Oidor of the Casa de Contratación de Indias, in Seville, until he was appointed Cronista Mayor de Indias.

Paradise in the New World

Historiography remembers him, apart from his tenacious work of legislative compilation, for having interceded, in 1636, in the “moral question” of whether or not the consumption of chocolate breaks the ecclesiastical fast, and for having written, in Madrid, in 1656, “El Paraíso en el Nuevo Mundo: comentario apologético: historia natural y peregrina de las Indias Occidentales, Islas de Tierra Firme del Mar Océano”.

He wrote his book El Paraíso… between 1645 and 1650, which remained practically unknown until it was rescued by Peruvian historian Raúl Porras Barrenechea in 1943. In the second part of his book (2008, Volume II), divided into two parts, he places the Earthly Paradise (PT) in America, particularly in the Peruvian Amazon , using two main arguments: the criterion of authority and the exceptional conditions of the territory .

The criterion of authority

For the first, he relied on the writings of St. Ephrem (doctor of the Church and creator of dogmas of the Catholic canon in the fourth century, who accepted the possibility that the PT was in other distant parts) and of Bar-KephasThe PT, a ninth-century Syrian theologian, pointed out that the PT existed in a land different in nature and quality from the West, located in the middle of the sea, surrounded by inaccessible mountains, and in waters not navigated by any man.

In order to develop the second argument, León Pinelo relied on the texts of travelers and chroniclers, such as Christopher Columbus, López de Gómara, Antonio de Herrera, Juan de Solórzano and Joseph de Acosta, among others. In fact, Columbus wrote, in 1492, in a letter to the Pope that “…these are great indications of the earthly Paradise”. 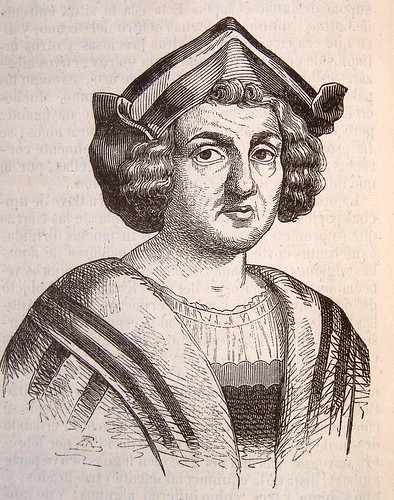 “…great signs are these of the Earthly Paradise.”

Christopher Columbus in letter to the Pope, 1492.

Later, Amerigo Vespucci, in Mundus Novus, 1503, pointed out that “If the terrestrial paradise is anywhere, I estimate that it will not be far from those lands”.

The criterion of the exceptional conditions of the territory .

The second argument consisted of comparing the biblical characteristics of the PT (a place where a constant spring reigns and the goods of nature are diverse and abundant) with the territory of the Peruvian Amazonwhere the temperance of the weather (no harsh winters and summers) and where you get large forests, many bodies of water and abundance of plants Y animals.

That place contained, he thought, the best and purest on the planet.

The other theologian who proposed the existence of the PT in the Amazon, but this time in Brazil, was the Portuguese Jesuit priest Simao de Vasconcellos (1597- 1671).

Vasconcellos arrived in Brazil as a young man and entered the Society of Jesus in Bahia. He traveled to Portugal in 1641, returning to Brazil in 1642 to serve as provincial and rector of the Jesuit colleges of Bahia and Rio de Janeiro.

What did his self-censored chronicle say?

In 1663 his work “Chronica da Companhia de Jesus do Estado do Brasil e do que obraram seus filhos nesta parte do novo mundo” was printed and reprinted 200 years later, in 1865.

The work was prefaced with the text “Noticias antecedentes, curiosas e neccesárias das cousas do Brasil”. It was composed of two books published as a separate volume in 1668.

The prologue editions of the “Chronica” appeared without the final paragraphs indicating that the PT is located in the Brazilian Amazon .

These texts were later published by the Brazilian historian Sérgio Buarque de Holanda, in the third edition of his book “.Visao do Paraíso. Edenic motifs in the knowledge and colonization of Brazil” (2010).

Vasconcellos criticized in his text those who speak of a territory without knowing it, stating that the Brazilian Amazon territory resembles the PT because of its abundance of flora and fauna,

He pointed out that if the PT were located below the equator, it would be in Brazil.

Vasconcellos resorts to the principle of authority in his considerations, pointing out, based on texts, that if this area is temperate, abundant in water and winds that purify the air, it is necessarily the best in the world (Ribeiro and Araújo Moreira-Neto 1992).

Problem to test the hypothesis of paradise on earth in Amazonia

These two hypotheses locating the PT in the Amazonian territory presented two problems.

The first is that the equator crossed the West Indies, but also territories in Africa (the Congo) and Southeast Asia. In this case the argument pointed out that the equinoctial line partially crossed African and Asian territories, while it crossed from the middle to the middle of the American territory.

The other problem was that Eden was watered by four rivers, but Vasconcellos downplayed this opinion, because of the abundance of rivers in the region.

For Hurtado-Ruiz (2017) the location of the PT in the American continent had the political intention of vindicating America against Europe and its history, and it was raised, in the imaginary of those two theologians that America, and the Amazon in particular, was “a distinct territory, with original and unrepeatable conditions, with its own forms and a strange territory”.