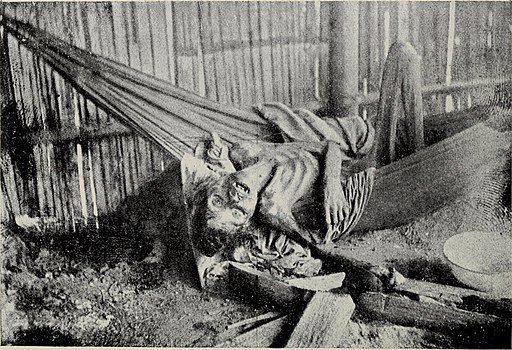 Chroniclers and travelers to the Amazon basin left many records of the abundance of wild trees of the species Hevea brasiliensis, which was called seringueira in Brazil, jacio in the Orinoco region and goma in many parts, and which is also commonly known as rubber.

From the trunk of this species, and others, a latex is extracted, a milky white substance that offers great resistance and plasticity, after heating.

The tree produces, in wild conditions, latex from four to twenty-five years of age.

From 1885 onwards, the demand for rubber increased to supply the needs of the expanding industry in developed countries.

These were the times when the land transportation industry was developing and large quantities of rubber raw material were required for the manufacture of tires and other waterproof products.

This demand led to the rubber boom in the Amazon, where the tree was abundant and grew wild. Companies were formed to collect the product, employing indigenous labor.

So far, this is a story of supply and demand for a product that is marketed in an expanding world market.

But it is a story that, behind the scenes, hides scenes of unlimited cruelty carried out by the so-called rubber barons, whose maximum representative in the Amazon region of Putumayo and the regions bordering the Putumayo and Putumayo River. Colombia y Brazil was the Peruvian Julio César Arana (1864-1952), the archetype of greed and cruelty against the defenseless. indigenous people of the region.

Arana began in 1881 with the commercialization of the raw material, and then, in 1896, created his own collecting company, J.C. Arana y Hermanos, to operate in the jungles of Putumayo, on the border between Colombia and Peru.

In 1907 he established a large company, with the incorporation of British investors, the Peruvian Rubber Company, based in London, which ended up eliminating, in a regime of terror, competition and appropriating rival companies to monopolize the business.

The horrors experienced by the Indians in Putumayo, where they were enslaved, tortured and mutilated, if they did not deliver the daily quota of rubber that was fixed for them (10 rubber per day), and in some cases displaced from their original lands, and killed if they tried to revolt by a squad of armed guards, composed mainly of about 200 Barbadians, who were in charge of supervising and punishing the Indians.

The tragedy experienced by the Indians was masterfully narrated in the famous novel La Vorágine, by Colombian José Eustacio Rivera, published in 1924.

The first international complaints about the barbarity of the labor systems applied in Arana’s company began in 1908, and although they went as far as the establishment of an English investigation by a prosecutor who exposed the excesses of the Peruvian Rubber Co, the accusation was disregarded by the corrupt judicial systems of the time, and Arana ended his days “as a respectable citizen”, with legislative and business positions in Iquitos, the national capital of residence of the “rubber barons”.

The rubber boom occurred throughout the Amazon basin, particularly in Brazil, enriching the cities of Belém do Pará and Manaus, and Peru, commercially benefiting Iquitos.

In these cities, ostentatious private houses were built, like palaces, and an enormous wealth was produced that was ephemeral in its effects. There were two periods of boom in the export of rubber extracted from the Amazon basin.

The first Amazonian rubber export boom took place from 1879 to 1912.

It is the time of the enrichment of the rubber barons, both Brazilian and Peruvian, and of the great tragedy experienced by the indigenous people in the rubber-producing areas.

In 1912 the monopoly of Amazonian rubber was broken by the entry into the world market of the production of the plantations established by the British in their Asian colonies (the Asian plantations were much more productive and profitable than the wild rubber trees in the Amazon), following the theft in 1873 of seeds of the Amazonian rubber species by the British explorer Henry Wickman, which served as a base for British plantations, mainly in British Malaya.

The economic momentum in the Amazonian rubber cities was lost, but the pressure of exploitation and the regime of terror exerted on the indigenous people diminished.

The second Amazonian rubber boom occurred between 1942 and 1945.

This led to the so-called Washington Agreement, by which the Brazilian government was asked to develop an intense campaign to recover rubber production in the Brazilian Amazon, which was called the “Battle of the Rubber”.

In response to this request, financed by a special U.S. fund, thousands of Brazilians were displaced to the jungle, in extremely precarious conditions, lacking infrastructure and health care.

When the World War ended in 1945, the campaign came to an end and the harvesters, those who managed to survive the hardships of the jungle, were left to fend for themselves and were left impoverished.