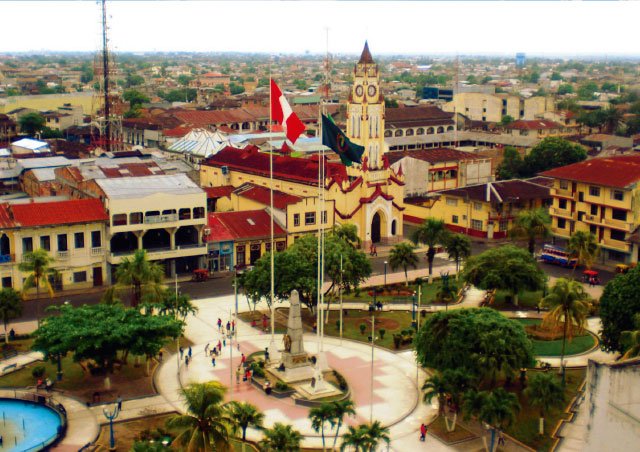 I had studied for many years the peculiarities of the Amazonian culture and the elements that characterize it. For example, its gastronomy, the food products and condiments used, their techniques and eating regimens, as well as the symbology that reflects the consumption of their products and their indigenous rituals of initiation and passage.

I was also interested in its cosmogony, which is the way in which the members of the native Amazonian indigenous communities conceive their interrelationships with nature and their place in the world, developing a cultural identity, which is the glue that allows them to unite as an ethnic group and differentiate themselves from others, as well as to keep distance from urban dwellers or settlers.

From the books to the real life of the Amazon.

Yes, I had done all of this for several years, but only from the silent reading rooms of libraries, peering out from the pages of a book as if it were a window into the world. But it had never occurred to me to actually visit a large Amazonian city, far away, almost inaccessible.

However, one day in mid-2015, I decided to travel to Iquitos to live there for at least a month. I wanted to have that experience. But it was not an easy decision; the purpose of the trip had to be well defined, with financing secured.

The miracle of Saint Martin.

In the end, everything was resolved satisfactorily: I would live in Iquitos for six months and write a book about the kitchen of the Peruvian Amazon, with the economic sponsorship of the San Martín de Porres University, a private university based in Lima. San Martin de Porres had achieved, with its publishing house, the largest number of titles, prizes and world recognitions in gastronomy of any Latin American university.

Preparations for my trip to the jungle.

Before traveling to Iquitos, I spent six months researching the Amazon, almost obsessively, in many public and private libraries in Lima specializing on the subject.

Already at the airport, before boarding the plane for Iquitos (which is only accessible by air or river), I realized that I still knew nothing about Iquitos, that I had no idea what a large Amazonian city was like. “It will surely be like any other city” I reassured myself.

Until I arrived in Iquitos.

Remains of rubber exploitation in the Peruvian Amazon

Iquitos is the capital of the Loreto region and is the largest Amazonian city in Peru. It was the regional seat of the famous rubber barons and their merciless exploitation of indigenous groups .

As I walk through the streets of the city, especially those close to the Plaza de Armas, towards the Tarapacá boardwalk, on the banks of the Itaya River, I feel the presence of the rubber merchants, who sent their product to the international markets, especially to London, where they had business offices and where their families generally resided.

Architectural features of another time.

Their residences in Iquitos were beautiful mansions, with balconies and wrought-iron railings from Hamburg, Carrara marble, and tiles brought from Seville or Portugal.

The Casa Morey and the old Hotel Palace are magnificent works of architecture from the beginning of the 20th century, and one never tires of admiring their beauty because they seem unreal in the midst of so much poverty.

A rusty Eiffel Tower in the Peruvian Amazon.

Everyone speaks, however, of Casa de Fierro, a structure of iron sheets raised in front of the Plaza de Armas, in the Jirón Próspero, which they say was designed by Gustavo Eifell and later acquired by a rubber baron in 1889 to satisfy a personal whim. Brought from France, it is now a building that is simply there, cornered by a rusting nostalgia.

The island city of the Amazon.

I feel part of the amazing landscape of a city submerged in the thunderous traffic of thousands of motor vehicles, including motorcycles modified to carry passengers, which suddenly appear in the streets as if they were giant insects threatening to devour you.

As one walks its lonely streets in the hours close to noon, under suffocating heat, he may wonder “What the hell am I doing here?”, in the midst of so much loneliness and in a heavy atmosphere that invites him to return quickly to the hotel to continue surviving.

Iquitos is a city surrounded by water on all sides and, although hard to believe, it is an urban island confined between two rivers, the Nanay and the Itaya.

In the distance is the majestic Amazon River, endless from one bank to the other, and to whose serene contemplation I become addicted the day after arriving in the city. It is a river so large and mighty that it threatens to swallow Iquitos in times of flood, when the Amazonian world seems to turn everything into water.

While immersed in a solitary and quiet room of the beautiful Amazon Library of CETA, next to the Tarapacá boardwalk, I feel transported to the time of the 18th century Jesuits who catechized the indigenous communities. A deep and mystical silence reigns, felt even from the noise of the pages of the book that I leaf through.

Magic and fantasy in the Mercado de Belén.

Going to the Bethlehem Market is something else! An unforgettable and invigorating experience, in which I feel stuck in a narrow, noisy and dangerous labyrinth, where crowds of people are selling contraband clothes, ointments of anaconda, jars of lizard fat, coca tobaccos, beverages made from vegetable products, and animals that, macerated in liquor, offer themselves as powerful and infallible aphrodisiacs, steaming soups, amulets to overcome bad luck or to seduce impossible women, roasted bananas, meat from wild animals, hot peppers, fresh and smoked fish, yucca of all sizes, drupes of palm trees , juices from fruits you have never before seen, tiny turtle eggs, handicrafts, Chinese trinkets, arrows and blowpipes, furtive glances and intemperate laughter.

If you asked me about what the atmosphere of Iquitos is really like, the air you breathe wherever you go, what you feel when you visit, I would answer, without hesitation, that it is an air of sensuality that overwhelms us, as if it were a perfume upsetting everything.

If you don’t believe me and think I’m exaggerating, visit Iquitos on Saint John’s day, which is the patron saint of the Amazon, and participate in the collective bathing in the river on the night of June 23, to purify the body and infect your spirit with joy.