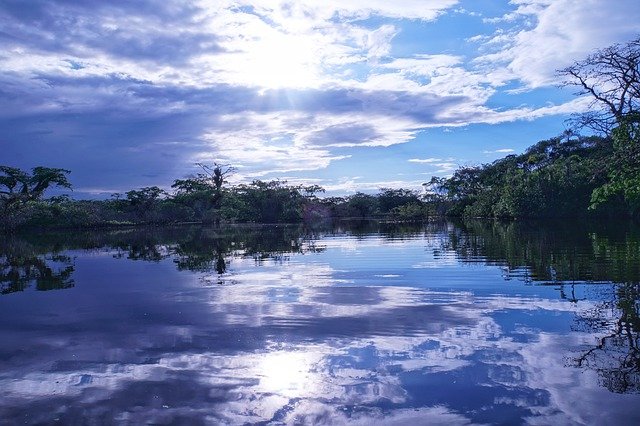 It stands out not only for its diversity of plant and animal species but also for the cultural richness of its indigenous peoples .

The Ecuadorian Amazon Region mainly includes the Upper Amazon. There, at heights of 200 to 6,000 meters above sea level, temperatures range from 24 to 9 degrees C. 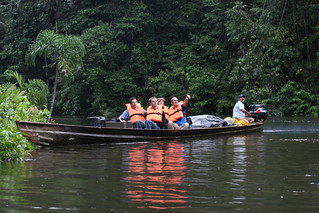 The most populated provinces are Morona Santiago (capital Macas) and Sucumbios

Cultures of the Ecuadorian Amazon The largest nationalities are the Amazonian Kichwas. These indigenous people live in the provinces of Pastaza and Napo. They speak the same language as the Kichwa/Quichua people of the Sierra, but they have different customs and ways of life (See: Indigenous Languages ).

Ecuadorian Amazon and its flora and fauna

The Ecuadorian Amazon has abundant and diverse flora, and it is home to no less than 5% of the planet’s plants.

Experts have registered 8,200 species of vascular plants of which 15% are endemic.

The amazing biodiversity of the region includes endemic wildlife: 7 species of mammals ; 15 species of birds ; 100 species of reptiles; and 136 species of amphibians. Areas of endemic fauna are located in the Napo River basin and in the montane forests at the foothills of the Cordillera Oriental (Eastern Chain).

Rivers of the Ecuadorian Amazon 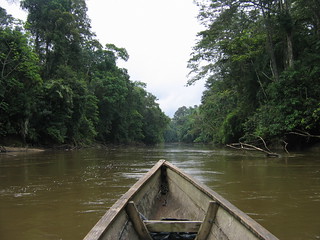 The Amazon basin is formed by the influx of numerous rivers that rise in the eastern Andes mountain range and in the Amazon mountain range. These rivers are characterized by being mighty and navigable in most of their course.

The longest and most important river is the Napo River. It runs through the provinces of Tungurahua and Cotopaxi, and it receives its water from the Coca, Aguarico, and Curaray rivers.

How to go to the Amazon?

Ecuador is made up of hills that originate in the eastern Andes and descend to the Amazonian plains.

It is a relatively short and easy travel from the Andes to the Amazon. The Amazon is approximately 6 hours from Quito.

An important attraction to enjoy when visiting the Ecuadorian Amazon is the Cuyabeno Reserve which is one of the most biodiverse places on the planet.

Yasuní National Park, a UNESCO biosphere reserve, is in the provinces of Pastaza, Orellana, and Napo.

Misahuallí Port, known for its white sand beach, is 30 minutes from the city of Tena in Napo province. It is considered the Forest Gate because many expeditions to the bottom of the Amazon start in Misahuallí.

The Amazon in danger

Ecuador is one of the 17 countries in the world with biological megadiversity because of the Amazon; however, rapid colonization of the region is endangering this enormous biological wealth.

The growth of the oil industry in the region has stimulated a colonization policy aimed at converting Amazonian land into agricultural land, and the State finances the development of roads and basic infrastructure.

Although government’s concern for the environment, conservation, and sustainable development has increased, much of the Amazon is subjected to extractive activities. More recently it has suffered great damage from the fires.

The fires in the Amazon have captured the world’s attention. Between January and August 2019, the number of fires increased by 145% compared to the same period in 2018. It is estimated that one million hectares have been consumed by flames.

Tourism is a beneficial source of income because it takes the pressure off  typically environmental destructive activities such as mining, illicit crops, livestock, the illegal logging industry , the hunting and indiscriminate fishing. However, travelers need to be aware that their behavior in the jungle can also be harmful to the ecosystem.

Do not leave garbage or plastic. Do not feed animals, and please treat indigenous peoples , their beliefs, and culture with respect. These are some of the minimum recommendations for entering wildlife sanctuaries and scared spaces.