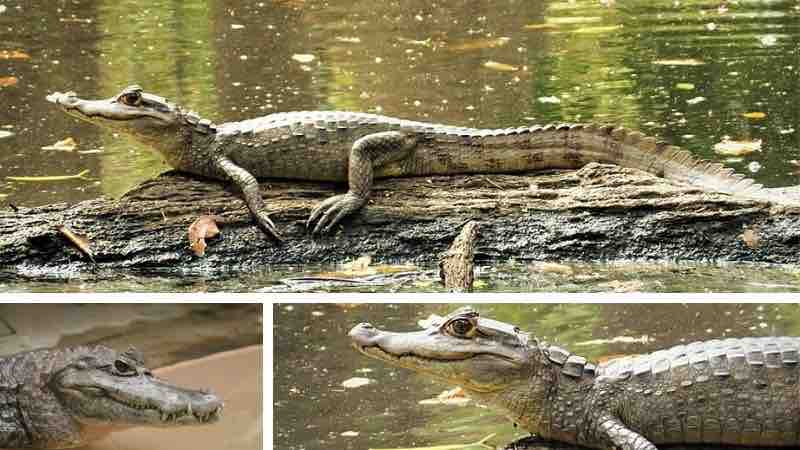 Characteristics of the crocodilus crocodile

One of the most notable characteristics of the white caiman or caiman crocodilus, and which gives it the name of spectacled caiman, is the presence on the head of a crescent-shaped ridge in front of each eye, located on the dorsum of the snout.

This species is widely distributed in fresh waters throughout the Americas. It is nocturnal, although it is sometimes found receiving sun during the day. 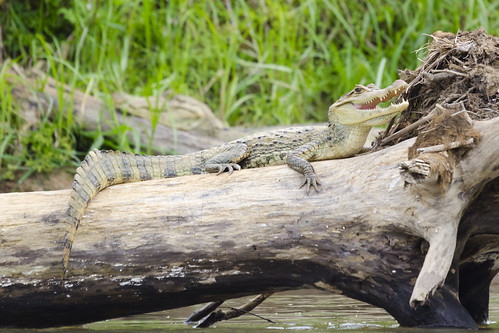 What does the spectacled caiman feed on?

It is mostly gregarious, and is usually accompanied by other caimans. It is a generalist carnivore, and feeds on fish, waterfowl, mammals, frogs and lizards.

It presents secondary sexual dimorphism, especially because males are larger than females.

The male mates with the female in the water. The female immediately makes a nest in the leaf litter, near the rivers or lagoons where she lives. There, the female deposits 28 to 40 eggs, with an incubation period of 70 to 90 days. Presents maternal parental care.

After the hatching of the eggs, the mother transfers her young, carrying them in her mouth to the water, keeping them in shallow water. The female cares for her young for up to several months.

In the breeding state, the young are very vulnerable to predation by lizards, mammals, aquatic birds, some fish such as piranhas, and jaguars. Later, as adults, the white caiman’s only predators are the jaguar and the anaconda.

Behavior of the white caiman

Specialists say that alligators, contrary to popular belief, are reptiles that prefer to evade, to hide, in the face of any threat. But they defend their territory, communicating with other alligators through auditory, visual and chemical signals.

It is a species of terrestrial and freshwater habits, adapting relatively easily to different types of ecosystems.

In some areas, as for example in the Ecuadorian Cuyabeno Reserve, white caimans overlap with black caimans, showing sympatric capacity, that is, they share the same geographic region without presenting major problems of coexistence.