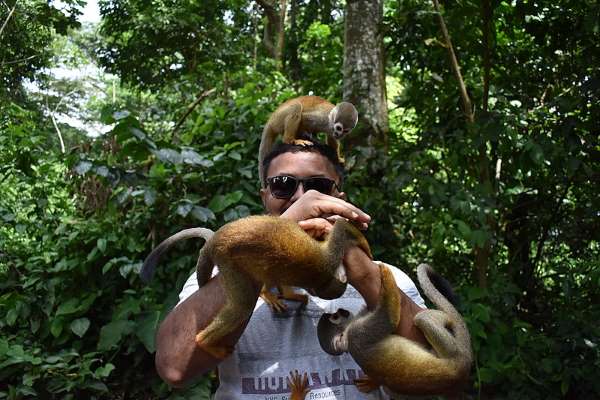 The Arara or Micos Island belongs to the Colombian Amazon. It is a fluvial island of the Amazon River that is located 35 km north of Leticia, southeast of the Amazonas department, near the border with Peru.

It has 450 hectares of jungle inhabited by various species, in addition to the presence of monkeys, mostly monosardillas, which is its main characteristic (Zamora, 2020).

The Island of the Monkeys was founded by a North American of Greek origin named Mike Tsalikis, who in the 1950s established a station for the breeding of monkeys and other living beings for experimental purposes; he later acted as a merchant of exotic animals and transporter with private planes, later making exclusive excursions for high-income tourists.

He moved the Ticuna indigenous community to integrate it into his tourist circuit, creating a kind of theme park.

In the 1960s, the Decameronopened, the first luxury hotel in the area. Subsequently, the Tsalikis company ceased operations in the 1990s, after expropriations carried out by the government (Zamora, 2020).

Later, the island has become one of the main tourist resources of the Amazon region, in which the primates recover from the mistreatment of illegal trafficking and can freely interact with tourists and keepers to ask for food, receive affection and be photographed. .

This work is governed by Gilberto Guerra, founder of a non-profit organization and a large part of the animal care work is carried out by volunteers.

Species of monkeys that live on the island

Among other species, on the Isla de los Micos inhabit howler monkeys, woolly monkeys, huapos, marmosets, spider monkeys, pichicos and stumps, as well as other animalssuch as sloth bears (Mellizo, 2017).

Where is it located and how to get there?

To go to the island that is in the corregimiento of Santa Sofía, you must go from Leticia to the point Las Tres Fronteras, where Colombians, Peruvians and Brazilians converge in this shared area and even share a particular language in which Spanish is mixed. and the Portuguese.

From there, a one-hour boat ride down the Amazon River takes place, where pink dolphins, black alligators and colorful birdscan be seen (González Osorio, 2007). 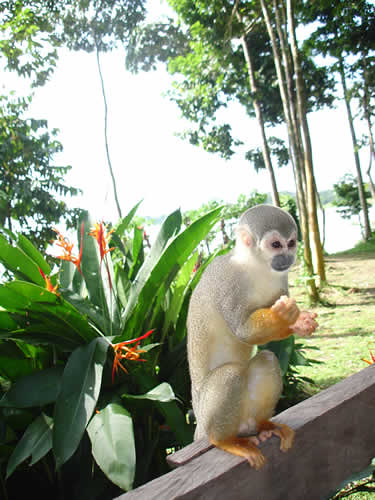 Attractions of the island of the monkeys

Another activity that can be done on the island is canoeing on the lakes and tree climbing or canopytrees up to 40 meters high, from which you can see the landscape of the Amazon jungle. Also on the tour of the Isla de los Micos are indigenous people who offer their handicrafts made with various materials from the jungle.