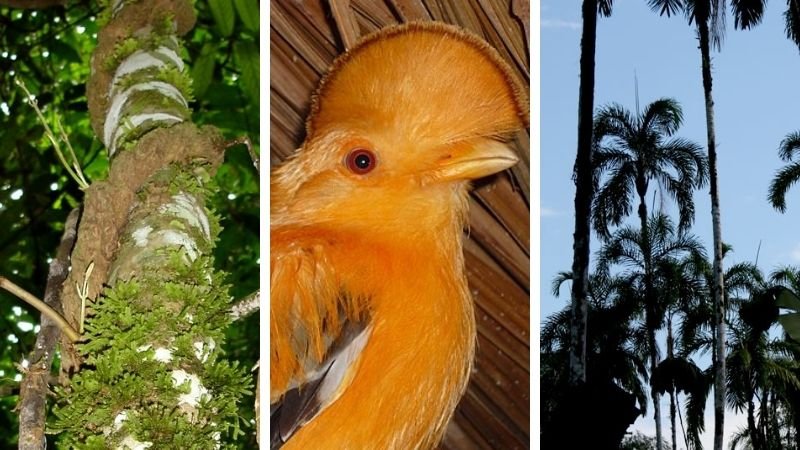 The Orito Ingi Ande Medicinal Plants Flora Sanctuary is located in the department of Putumayo (Orito municipality) and Nariño (Funes and Pasto municipalities), in the southwest of Colombiain the so-called Amazonian and Andean foothills.

It has a territorial extension of 10,204.26 hectares of humid forest, with a large number of medicinal plants (Organization Colparques, 2020).

There are no indigenous communities living inside this protected area.

This sanctuary is part of the ancestral territory of the indigenous Cofanes; In fact, the name Ingi Ande comes from the Cofán language and translated into Spanish means “our territory.”

In the vicinity of the sanctuary we find indigenous settlements of the Inga, Pasto, Quillacingas and Awa ethnic groups, as well as inhabitants of migratory waves mainly from Nariño.

This sanctuary was created by resolution 0994 in 2008 “… with the fundamental objective of protecting the territory in its two dimensions – biological and cultural…” (National Parks of Colombia, 2020, s/p.).

Ancestral plants of the protected area

Indeed, it is a region of great biological diversity and tacit knowledge of shamanismand medicinal plants (Organización Colparques, 2020).

On the other hand, it is important to note that the Sanctuary is the only protected area in Colombia dedicated to the preservation of the region’s florafor medicinal and cultural purposes, especially the yoco (Paullinia yoco) and yagé (Banisteriopsis caapi) plants.

“In total, about 480 collection numbers were made in the study area, representing 60 families and 114 genera. 120 species of plants were identified, 500 botanical specimens were collected (…) and a total of almost 150 trees and shrubs were sampled…” (Organización Colparques, 2020, s/p.).

With regard to the fauna, in this place the migratory birds and others such as the sparrow hawk stand out. (Buteo swainsoni), the bocachico eagle (Pandion haliaetus), the black guan (Aburria aburri), the nocturnal curassow (Nothrocorax urumotum), the gallito de las rocas or cock of the rock (Rupicola peruviana), the hummingbirds (Popelaria popelarii y Phlegopsis barringeri) and the owl (Megascops watsonii).

Likewise, there is the tufted eagle (Spizaetus ornatus), the guacharaca (Ortalis motmot), the backpacker (Psarocolius angustifrons).

There is also a diversity of reptiles and amphibians such as the chameleon lizard (Enyalioides microlepis), the warty snake (Lachesis muta).

Some primates such as the churuco(Lagothrix lagotricha) and the corn monkey (Cebus albifrons), and other mammals such as the red deer (Mazama americana), the red lion (Puma con color) and the butterfly tiger, jaguar (Panthera onca) ( National Parks of Colombia, 2020).