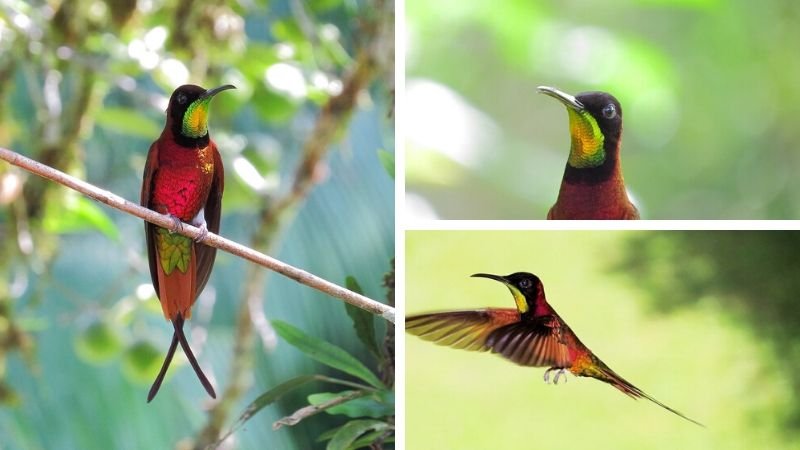 This scissor-tailed hummingbird from the Amazon Rainforest is also called Topaz hummingbird or topaz candela (Topaza pella). It is a bird of the trochilidae family of hummingbirds, a rare bird on the American continent, where hummingbirds are, paradoxically, endemic.

It stands out because it has two feathers of about 10 cm longer than its tail, arranged as a pair of scissors.

The plumage color of the male is red on the chest and back, with a green throat, surrounded by yellow. while that of the female is opaque. 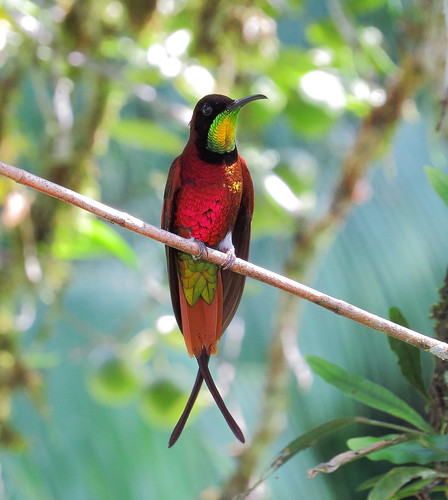 Where does it lives? – Habitat

It is found mainly near bodies of water, in the jungle parts of Colombia, Brazil, Venezuela and French Guiana.