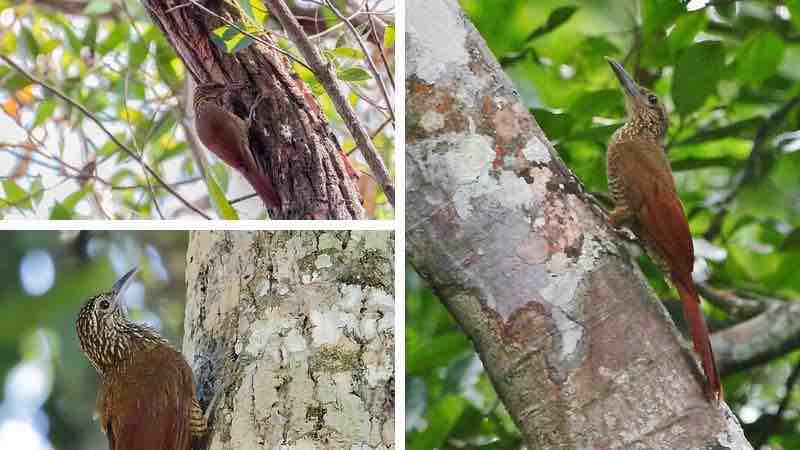 It is a bird of the family furnariidae, native to tropical America, distributed from southern Mexico to northwestern Argentina and southern Paraguay.

Although it is abundant in the Guiana Shield area: Venezuela, Suriname, Guyanas and the Amazon River basin: Brazil, Colombia, Ecuador and Peru, it can be found in savannahs and islets.

Its beak is straight and strong, with blackish tones, the plumage is brown, striped with beige tones. On the chest the color is yellowish, reddish or beige, with ochre stripes.

The belly is striped. The back is reddish brown. The rump, wings and head are brown. It lives in forests and savannahs.

It feeds on insects that hide in the crevices of tree trunks, making its nest in the holes they get in the trunks where they lay their eggs.

The breeding season is approximately between November and January, the parents take care of their young until their feathers are strong.

It is a little-studied species, although it has been monitored, there is no concern about the danger of extinction.