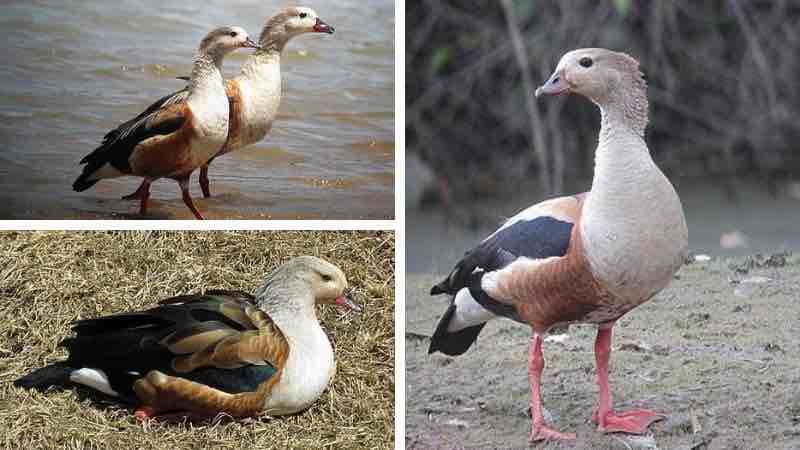 Its plumage is grayish white on the belly; the back, tail and wings are black. It has a length between 55 and 60 cm.

It is found in all tropical and subtropical areas of South America, east of the Andes, from Venezuela to Argentina and southern Brazil, mostly in the Amazon basin regions.

It prefers the humid environments of small rivers, forests and islets. It feeds on crustaceans, aquatic plants and insects.

They usually travel in pairs and small groups, the mother-father families and small ducks form groups of no more than 20 individuals.

They nest in tree holes, the mother is in charge of hatching for about 30 days, as well as caring for the young until they form their own family nucleus.

It is a little known and protected bird. Its density is low, so it is considered to be in danger of extinction since its meat is prized by hunters.