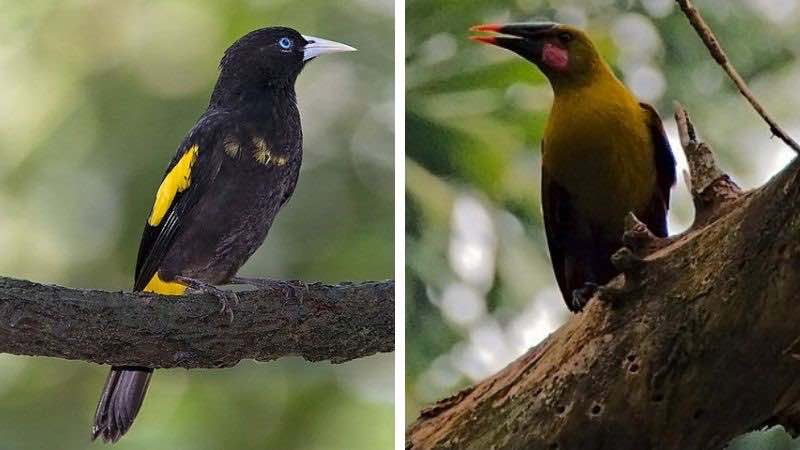 The olive oriole or Pará cacique has green plumage on its chest and part of its back, brown wings and a yellowish tail.

The species Cacicus cela is called paucar, from the Quechua pawcar, or oropendola, in the Peruvian Amazon, about 28 cm long, with deep black plumage and yellow tail and part of the wings.

It builds its nests up to 1.8 m high, hanging from trees. Its diet is based on nectar, fruits and seeds, although it can also eat insects and small vertebrates.

It is characterized by making large nests that hang in the high branches of trees, and by imitating the cries of children and the songs of other birds.

It is said in the Peruvian Amazon that this bird was originally an Indian boy wearing black pants and a yellow shirt, who was turned into a wandering, boisterous bird by a witch to punish him.