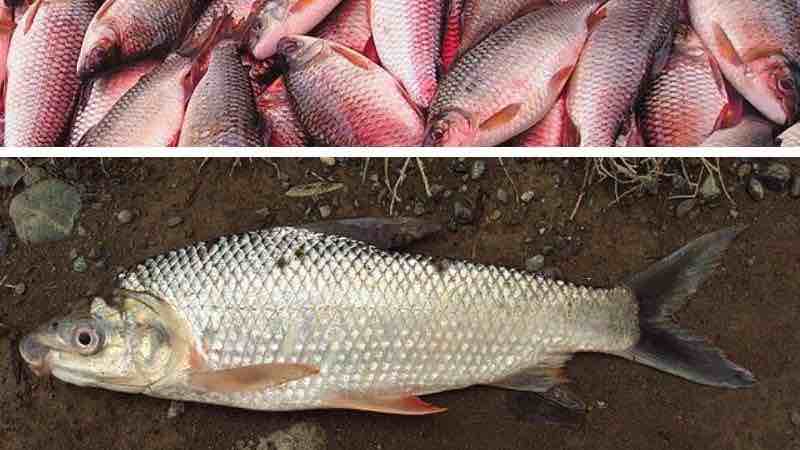 The Bocachico or boquichico Prochilodus magdalenae also called curimata or coporo is one of the most important freshwater species in fish landings throughout the Amazon basin, particularly in Colombia, Peru and Venezuela.

Its name comes from its probable origin in the waters of the Magdalena River, although it is abundant in some Amazonian countries such as Brazil, Colombia, Peru, Ecuador and Venezuela.

It is a freshwater fish of the family Prochilodontidae, of the order Characiforme, known mainly for its small, fleshy and prominent mouth equipped with numerous tiny teeth.

The configuration of its mouth makes it its sucking fish, which sucks detritus from the bottom of rivers. It measures between 22 to 40 or 50 cm.

Its body is a uniform silver color, with red and yellow shades in its fins. Their scales are rough.

It lives in fresh waters of rivers and swamps. Its way of feeding makes it an ecological fish, which contributes to the cleanliness and ecology of the pond.

It is a detritivorous-illiophagous feeder. This becomes an advantage in its captive breeding, because it feeds on periphyton (algae, bacteria, fungi, insects, organic and inorganic detritus), adhered to a substrate present in the body of water.

It is a migratory fish, during the “subienda” or crescent season, which feeds on organic matter and algae along the way. It spawns in river channels and overflow waters.

For that reason it is necessary to use hormonal treatments to induce final maturation. Bocachico farming is characterized by low planting density and the use of large volumes of water.

The boquichico, as it is called there, is the most important species in fish landings in the ports of Loreto and the fourth most cultivated species in fish farms in the Peruvian Amazon (Salas Maldonado et al 2009).

Although its level of commercial catch has been significantly reduced, which makes it a vulnerable species from a conservation point of view.

It is also one of the most cultivated species in fish farming in South America, where it is widely distributed, extending as far as Panama.

Easily adaptable to captivity, economical to feed and fast growing. Something similar is happening in the Peruvian Amazon.

By adapting to captivity and polyculture, particularly with tilapia(Oreochromis niloticus) and its feeding with periphyton, it has achieved the first place in Colombian fish farming.

It is responsible for more or less half of its total fish farming production, and is also one of the main species in Colombia’s inland fishery.

The bocachico is a species whose meat is highly valued commercially and fetches good prices in the market. The meat is considered “tasty” and firm by consumers.

It has a good content of saturated and polyunsaturated fatty acids, ranging from 5 to 6%, and a protein value between 15 and 19.4%.

Until about three decades ago, it was among the main capture species in Colombia, Peru and Venezuela, and among the most farmed species in ponds, occupying the fourth place in Colombian fish farming.

However, this abundance has been significantly reduced due to commercial overfishing and the deterioration of its habitat as a result of river water pollution, which is why it is considered a species in a critical period of extinction.