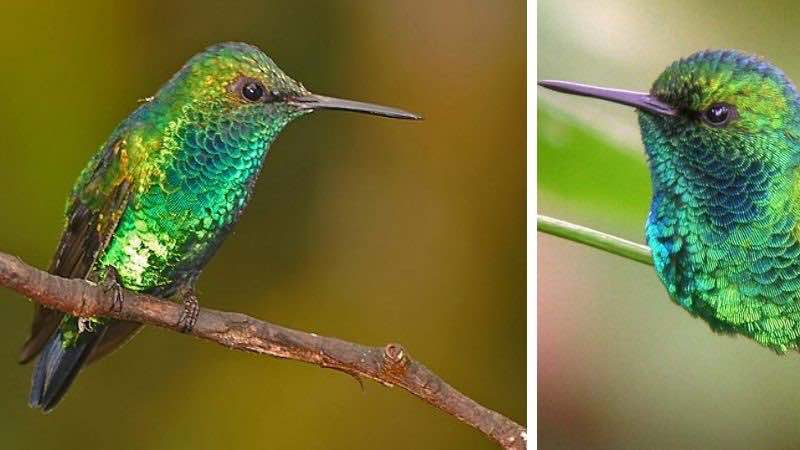 The Emerald Chiribiquete (Chlorostilbon olivaresi) is a bird of the trochilidae family of hummingbirds, with a short, straight, thick bill.

The male, slightly larger than the female, has a bright metallic green plumage on the upper body and blue on the sides of the head, or purple or blue.

Wing and tail feathers are very dark green. Its flight is straight and very fast. It measures about 8 cm and weighs about 4 g.

It is found mostly in southeastern Colombia, endemic to the Sierra de Chiribiquete.

There it is the most common species of hummingbird of restricted habitat, where it is found in thickets and savanna vegetation.

It is a sedentary bird, little known and studied. It feeds on insects such as ants, dragonfly larvae, and liberated flowers in adjacent forests.

It builds its nest of plant materials, where the female lays an egg that incubates for 18 days. It emits a repeated chant that sounds something like “swrk-swrk-swerk.”