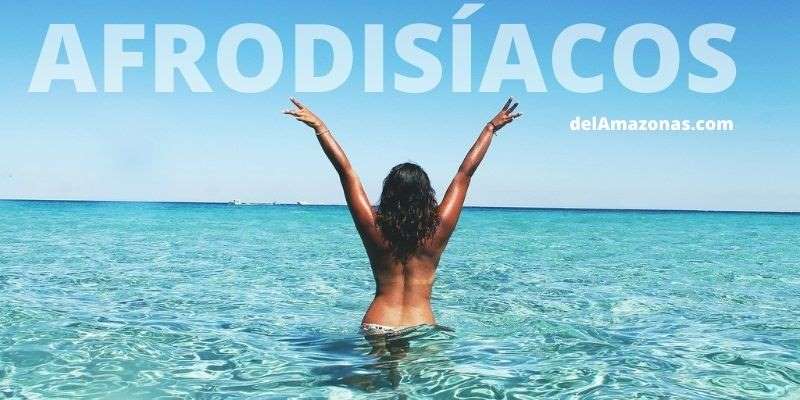 Aphrodisiacs are foods or drinksthat, for one reason or another, are popularly attributed the property of arousing sexual appetite.

Men and women seek natural and artificial aphrodisiacs to increase libido or simply to make love.

In the Amazon we find natural aphrodisiacs of plant and animal origin.

Among those of vegetable origin we find liqueurs and preparations made with grasses, plants, shrubs and trees.

Of the latter, its bark, its root, its leaves, its fruit, its seeds or even its flowers are sometimes used for the preparation in a homemade way.

And among the aphrodisiacs of animal origin, pusangas or concoctions made with big-assed ants stand out. fishes or even with the penis of some canids such as the raccoon or achuní (Procyon cancrivorus) or oils from other animals like the pink dolphin for which the commercialization of these products is considered illegal in some Amazon basin countries for representing a threat to some of these species.

That is why from our humble tribune we make a call not to buy this kind of by-products derived from the illegal exploitation of animal species in danger of extinction such as the pink dolphin.

In case you are interested in trying some of these aphrodisiacs of plant or animal origin (but not from endangered animals), here is an idea of where to get them.

Where to buy aphrodisiac foods from the Amazon for women and men?

In each of the Amazon River cities of demographic importance there is a picturesque market full of Amazonian products such as fruits, medicinal plants, indigenous handicrafts and, of course, aphrodisiac drinks.

The Ver-o-Peso market, located in the city of Belém do Pará, in the state of Pará, on the Boulevar de Castilho Franco, in the Cidade Velha (Old City) neighborhood, in the Bay of Guajará.

And the Adolfo Lisboa market, in the city of Manaus, in the state of Amazonas, with its beautiful 1,890 m2 wrought iron structure imported from Europe, in the Art Nouveau style and with colorful stained glass windows.

In the Peruvian Amazon we find the market in the neighborhood of Belén, on the banks of the Itaya River, in Iquitos, with its 1,500 m2, which has been in existence for over half a century.

In the best known as Pasaje Paquito is found from lizard meat to various bush animals, from crudely rolled tobacco mapachos, to banana-flavored tobacco mixed with cinnamon or coca, drupes of many Amazonian palms and fruits of all kinds and colors, and an indescribable collection of medicinal plants and aphrodisiac drinks.

Throughout the Amazon there are many alcoholic beveragesthat are prepared by macerating barks, roots, fruits and even snakes in sweetened liquor, with two main purposes: aphrodisiac and medicinal.

Some have funny names, clearly alluding to their supposed properties, such as LPM, a liquor considered an aphrodisiac, whose acronym means “Get up, dead bird” or the famous RC, which means underwear breaker.

Liqueur made with chuchuhuasi bark macerated in cane liquor and sweetened with honey.

In his Dictionary, Chirif refers to it as a liquor made from cane liquor in which pieces of bee hive have been macerated.

In the jungle area, in some parts of the Amazon region, in Chachapoyas, it corresponds to a brandy liqueur with honey from bees, used as an “abregana” or appetizer, or for stimulating and aphrodisiac purposes. Zapata Acha refers to it as a slang word from the town of Arequipa, in Colombia.

This is the name given to a liquor made by macerating the bark of a homonymous tree (Maytenus macrocarpa, M. laevis) in cane liquor.

The resulting drink is considered invigorating and aphrodisiac.

The chuchuhuasa tree is tall, up to 20 to 30 m tall, with a thick, erect and highly branched trunk.

Its bark, reddish in color, as well as its roots, are considered aphrodisiacs and are, consequently, macerated in sugarcane brandy and sweetened with honey to be drunk for that purpose, apart from the many medicinal uses it has as a restorative, febrifuge and to cure arthrosis and rheumatism. 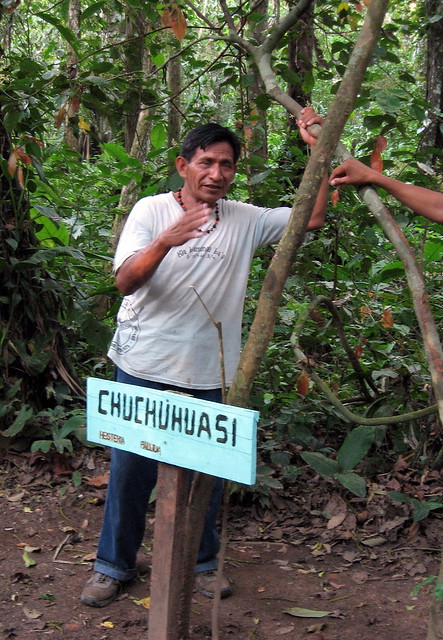 It is also considered an effective antitumor and popular medicine recommends it to treat stomach cancer. They call it chuchuhuasi, chuchuhuaso, chugchuhuaso.

Also called Chuchuhuasi is an Amazonian bush (Heisteria acuminata) whose bark is said to have aphrodisiac properties, particularly after being macerated in liquor. 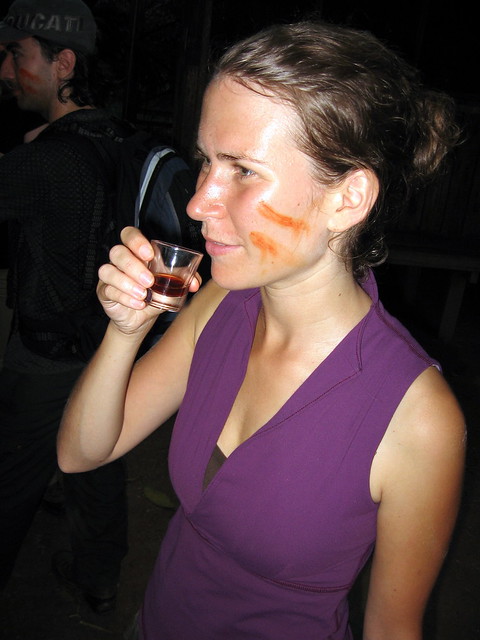 Other macerated beverages used as aphrodisiacs

The bark and rootsof a creeping vine called huasca nail (Tynanthus panurensis) are macerated in aguardiente to make a drink reputed to be an aphrodisiac and medicinal. Its infused bark removes the cold and encourages virility.

In the same way, the barkof another tree called cumaceba(Swartzia polyphylla) is macerated in liquor to prepare a drink considered aphrodisiac and anti-rheumatic. Some combine its bark with others, such as chuchuhuasi or clove huasca to reinforce its aphrodisiac properties.

The rootsof another very tall tree, the huacapu (Minquartia guianensis), which reaches up to 40 m, are used as one of the ingredients that are macerated in liquor to prepare the liquor known as 21 roots, to which invigorating and aphrodisiac properties are attributed.

In the Peruvian Amazon, guarapo is also called an alcoholic beverage made by macerating, for eight days, different barks in cane liquor sweetened with honey.

Guarana is a climbing shrub up to 3 m high, sarmentose, native to the Amazon, widely distributed throughout the Amazon basin.

The guaranafruit has shiny black seeds with which, dried, roasted, grated and powdered, an energizing drink with a bitter taste is prepared, considered an aphrodisiac.

Refreshing, non-fermented drink, very popular, extracted directly from the sugar cane by twisting the cane, in a crusher or trapiche, which is drunk inside or outside the Amazon.

In the Brazilian Amazon they call garapa a drink formed by mixing honey or sugar with water, to which lemon drops are added.

In the Venezuelan Amazon is known as Guarubé a sauce made with sweet yucca combined with bitter cassava deposited in a sack made of palm fiber, called catumare, which is submerged in a creek or stream, with little current, and left there for 15 to 20 days, until the yucca roots decompose.

The preparation is made by grinding that yucca, turning it into a paste, to which hot pepper is added, and then eaten. Guarubé from Maroa, in Amazonas state, is a very spicy sauce that has a local reputation as a powerful aphrodisiac.

The fruits of the Amazonian bush or tree known as Isula huayo among other names (Siparuna Guianensis) are consumed ripe and are considered by the Ticunapeople as an effective digestive, in addition to attributing aphrodisiac properties. 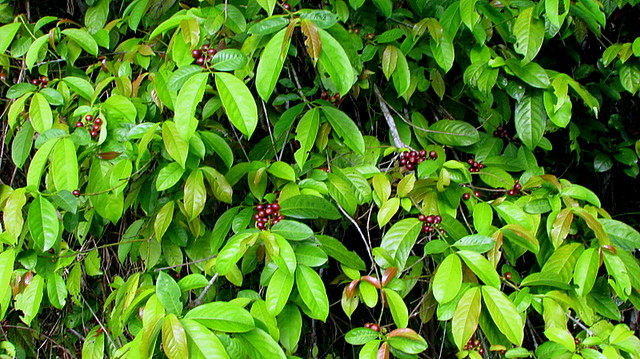 The Casho, Cashu, Cajú or Cashew (Anacardium Occidentale) is a small tree or shrub probably native to northwestern Brazil and widespread in the tropics, about 7 m tall, although it can reach up to 15 m in the wild.

Among its many uses we find that the infusion of its bark is used as an abortifacient, the infusion of the flowers as an aphrodisiac, the decoction of the leaves and bark to cure diarrhea and abdominal pain, as an anti-inflammatory and anti-diabetic and even to cure whooping cough. . 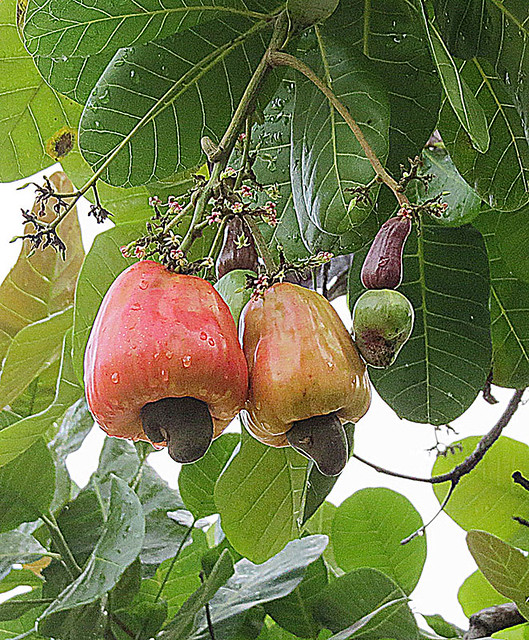 With the leaves of the tree known as Palo de Rosa (Aniba rosaeodora)a decoction is made to obtain an extract considered invigorating and aphrodisiac.

This tree reaches about 30 m high, of the Lauraceae, it has a straight trunk with yellow-brown bark.

The plant is exploited for its wood and its aromatic oils used in perfumery and soap making.

The crushed and infused leaves of a shrub called iropuro(which grows on the river bank) are used as an aphrodisiac and to combat diabetes.

It is known as pusanga or pusana a concoction or filter to obtain the love of the desired person. This concoction, administered by a pusanguero, is made from various plants. One of them is the pusanga caspi (Sloanea sp.).

To obtain the ingredients for pusangas or homemade love potions, for aphrodisiac purposes, the male achuni (Nasua nasua), whose penis is macerated in brandy, or the fat of Amazonian dolphins such as Innia geoffrensis and Sotalia fluviatilis, have been endangered.

Pusanga or filter of love made by scraping the penis of the achuni, and macerating that powder in cane liquor. It is a drink considered a powerful aphrodisiac.

Aphrodisiac sauces made with ants

Hot sauce, reputed to be an aphrodisiac, made by some native Brazilian, Colombian and Venezuelan Amazonian indigenous communities, using as ingredients roasted and ground hot pepper, bachaco culón or Big-assed ant (Atta laevigata), which contains formic acid, and the bitter and poisonous liquid obtained by twisting bitter cassava, which is known as tucupi (BRA), tukano (COL) or yare (VEN), which is boiled to remove the poisonous hydrocyanic acid.

Some add salt. Some communities, such as the Maipure, from the Venezuelan Amazon, call it Teuaka.

It is a typical sauce of some indigenous peoples of the state of Amazonas, in the Venezuelan Amazon, reputed as an aphrodisiac, made with yare, the juice of bitter yucca, which is cooked lightly and mixed with roasted and ground bachaco culón and very hot pepper. . In this case, the screw pepper, murupí or murabí is used.

The curito (hoplosternum littorale) is a small freshwater fish, dark in color, scaly and slimy in appearance.

Its meat is highly desired by the riverside inhabitants, who consider it to have aphrodisiac properties.

It lives in the lagoons. As these dry, it buries itself in the mud, where it survives due to a highly specialized type of respiration.

It is widely distributed in the Orinoco and Amazon basins and beyond.

This alcoholic beverage contains guarapo, bull nerve, brain, tongue and beef leg, as well as wild fruits to flavor it. It is allowed to ferment and is considered an aphrodisiac.