In the middle of the Amazon jungle, the indigenous people who inhabit it mark the hunting darts that they use in their blowguns so that the arrow they shoot breaks when it penetrates the body of their prey, and the poison that impregnates its tip has a greater effect.

That is the magic of the Amazon, which also marks the lives of the people who venture into its territory.

It marks them so that the charm of the communion between man and nature that is felt and breathed there will never leave them.

And the Amazon travels with them, illuminating their path, like an indelible memory that is almost impossible to erase from their lives.

Throughout this brief series of “Marked by the Amazon” (composed of texts about Theodore Roosevelt, Cándido Rondón and Claude Lévi-Strauss), I left some key words to connect the three characters, just like the jaguars, which mark their territory by leaving claw marks on the trunks of some of the trees on the path to which they must always return.

Brief biography of Claude Lévi-Strauss (1908-2009) and analysis of his experience in the Brazilian Amazon as described in his book Tristes Trópicos, (1955).

Biography of a soldier in charge of the installation of telegraph lines in the Brazilian Amazon. Relationship with Theodore Roosevelt and the La Duda River.

Theodore Roosevelt (1858-1919), biography of the twenty-sixth president of the United States, and his experience in the Amazon and La Duda River.

I will now take them up, trying to relate them. Of these, there are two main connecting elements. One is the indigenous Nambikwara ethnic group. The other is the Brazilian state of Mato Grosso, which was the stage where the three characters mentioned above performed.

Little was known about the Nambikwara until the 18th century. They were first contacted in 1770.

It was known that they were a very aggressive tribe, but no one knew any more details about them because no one dared to enter their territory, which extended between the Guaporé and Juruena rivers, in the state of Mato Grosso.

The Nambikwara nation was made up of many bands or villages, each with its own denominations.

Until the 18th century, very few Paulista explorers dared to venture beyond Cuiabá, now the capital of the state of Mato Grosso, discouraged by the desolation of the region and the aggressiveness of the natives.

1. Cándido Rondón: the peacemaker of Amazonia

But at the end of the 19th century, around 1890, the construction of the first telegraph line through the state began, a project in which Cándido Rondón started as an employee.

He also worked on the construction of a highway between Rio de Janeiro and Cuiabá. Since 1907 it was common to find Colonel Rondón in these territories, exploring and surveying.

On these trips, particularly on the 1909 expedition, Rondón reached the Juruena River, a tributary of the Tapajós River, and came into contact with the Nambikwara.

On this expedition, Rondón and his group discovered a large river, between the Juruena and Paraná rivers, which they called the Dúvida (or Duda) River (River of Doubt).

2. Theodore Roosevelt: a lion on the loose in the Amazon

In January 1914 Rondón was commissioned by the Brazilian government to accompany former President Theodore Roosevelt, a safari enthusiast, on what was called the Roosevelt-Rondón Commission. Rondón proposed to explore the area of the Duda River, in order to map it and navigate its course.

That was the area of the Nambikwara. Two decades later, in 1936, Lévi-Strauss arrived in the same area to carry out his first ethnographic research, precisely with the Nambikwara tribe, which by then had been pacified.

Rondón had already been in contact with them, as mentioned above, when he was working on the laying of the telegraph line in the region. In other words, at that geographical point and with members of the same tribe, our three characters converged.

Two of these characters, Roosevelt and Lévi-Strauss, were amazed by the jacarés or yacarés (alligators), the black caimans, and the piranhas. And they all reacted almost the same, which was as if they were on safari.

3. Claude Levi-Strauss and his Sad Tropics

Like Roosevelt, Lévi-Strauss enjoyed killing yacaré, those “harmless crocodiles that one tires of killing with a rifle bullet in the eye”.

“Piranha fishing is more active. In any part of the river a large salt marsh is usually seen, with the appearance of a gallows and bones that cover the ground and, over which, the dark flight of birds of prey swirls.

For hundreds of meters the blood of the slaughterhouse stains the river red. It is enough to cast a line so that, without even waiting for the immersion of the bare hook, several piranhas will catch hold, drunk with blood, and one of them will remain dangling on the golden diamond. The fisherman must be cautious to detach the prey because a single bite can take a finger.”

Lévi-Strauss mentions Colonel Rondón in several parts of his book. He points out that it was he who made the first mention of the Nambikwara (TT, 273). He even refers to Rondón’s trip with Roosevelt (TT, 273). He dedicates a part of the book to comment on the installation and expansion of radiotelegraphy in the Amazon, pointing out that this great effort was overshadowed by the opening of highways and, above all, by the economic crisis that the region experienced, when lines were abandoned and stations were closed.

Deconstructing the myth of the innocence of indigenous peoples

Jacques Derrida (1930-2004) is the creator of deconstruction, which became fashionable in France in the 1970s.

According to Derrida, words mean more than they mean. In one of his books, De La Gramatología, he analyzed structuralist thought.

He said that structuralism depends on structures, and these on centers, pointing out that the nature of the center is instability. For Derrida, and for poststructuralism in general, all knowledge is textual, that is, it is composed of concepts and words.

And words can be ambiguous, or suggest several different meanings. For Derrida, all Western thought is based on the idea of the center, an origin.

The problem is that the center excludes and ignores, represses or marginalizes, others, who become the Other. In this relationship there are two elements organized in binary opposition: one is the center, and the other is at the margin, marginal. But…

What does all this have to do with our stories?

Derrida set out to deconstruct a text. For this task he took a chapter, “La lección de escritura” (The Writing Lesson), inserted in Tristes Trópicos by Lévi-Strauss, and developed his analysis in his book “De la Gramatología” (Buenos Aires: Siglo XXI, 2000, 133 ff.).

Lévi-Strauss studied the Nabimkwara tribe, considering it a sample of primitive naturalness.

He admired the Nabimkwara for being very close to nature, for practicing frank communal sexuality and for accessing knowledge through myth. 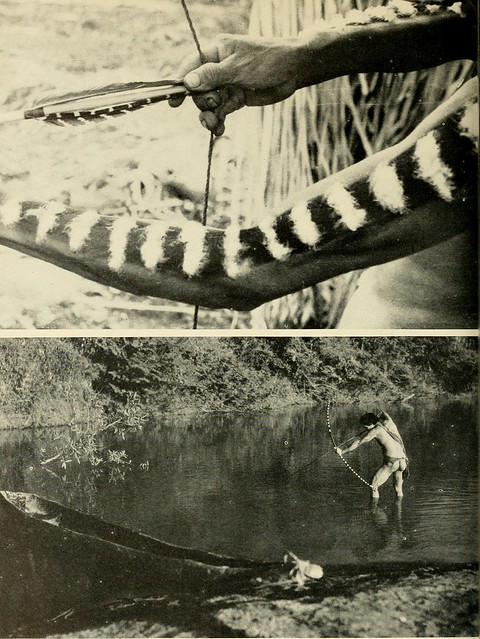 Lévi-Strauss said the Nabimkwara did not know how to write or draw. He gave the Indians notebooks and pencils to see what they would do, but they didn’t know how to use them.

The tribal chief saw how Lévi-Strauss was taking notes and approached him attentively as if he understood the writing. He said things to Lévi-Strauss that the latter did not understand. Then, the ethnologist realized that the chief did not know how to write, but he had understood the usefulness of writing, which could be to reinforce the chief’s power, to benefit from the inequitable distribution of goods among the members of his tribe.

Derrida says that in this text Lévi-Strauss deconstructs himself, contradicting himself in his judgments about the tribe, which he imagined to be natural, virginal, and uncorrupted — traits believed to be proper in Western civilization, but not in the original indigenous societies.

According to Derrida, indigenous societies, including the Nambikwara, are always immersed in a system of differences, of inequalities in terms of power and distribution of goods. These inequalities are codified or preserved through taboos, myths, and customs, which are, in practice, a form of signing, of “writing” without an alphabet.

In Derrida’s words, Lévi-Strauss’s idea that such a tribe, without writing, is innocent and pure and oblivious to the corrupting influence of civilization, is pure Lévi-Strauss fantasy.

Following Derrida, the chief already understood the “technology of subordination,” using the game introduced by Lévi-Strauss. With his pretense of knowing how to write, the chief perverted the “supposedly innocent nature” of Nabimkwara society.

With the “writing” brought in from outside by Lévi-Strauss, an external element has crept in to exploit those the chief leads: the chief continues to distribute unequally the goods in his tribe by means of his power, which is now increased by the “writing.”

Writing becomes an invisible “complement” to the chief’s domination. Lévi-Strauss falls, according to Derrida, into the trap of phonocentrism, which is typical in Western knowledge.

Writing is degraded below the oral language, which is natural in the indigenous society. Derrida proposes, in his process of deconstruction, to invert the center (the oral) for the other (writing), converting writing from a complementary medium to a principal medium.

With the development of ethnography, which allows the study of cultures by considering them all as equal, the ethnocentric European culture loses its center, becomes dislocated, and recognizes that it lacks the existence of a center of reference that would allow it to compare the different cultures.

This is what led to the ethnographic work of Lévi-Strauss. He proposed a “de-centered” perspective, but, according to Derrida, he falls into his own trap by employing oppositions of terms, such as the opposition nature/culture, or raw/cooked for example.

For Derrida, all cultures are part of a great structure without a center, formed by changing relationships. That is to say, a culture that always lacks something, a complement, because it lacks a center.