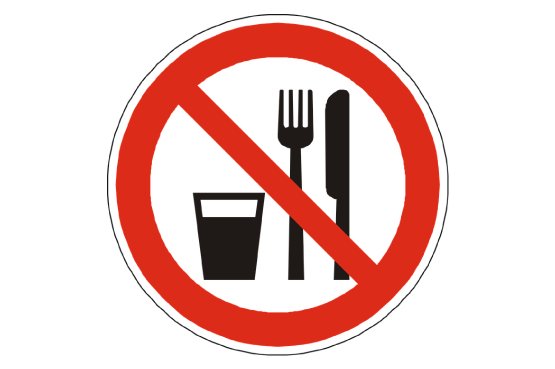 In the Amazon scenario there are many food restrictions codified within a culture, whose transgression is sanctioned.

(At the end of this article we leave you a valuable definition of food taboos in general, we also clarify related terms such as neophilia and neophobia).

In the absence of formal information systems, the indigenous people of the Amazon resort to symbolic elements that they incorporate into their culture with the purpose of eliminating or reducing risks and ensuring subsistence.

Indigenous societies incorporate this information in their rituals, such as initiation, and inscribe it in all the actions of the group.

The taboo thus becomes a prohibition that is not justified for any reason other than prejudice, established by religious, political, economic or cultural beliefs.

Its transgression or disobedience supposes a sanction established by the social group that applies it.

A hunter of the Awayún ethnic group, from the Peruvian Amazon , always goes hunting armed with a talisman, or yuka.

But the power of that talisman is reduced if any rule has been broken.

For example, if the hunter had sexual intercourse shortly before going hunting.

The effectiveness of the poison used at the end of the darts for hunting is associated with certain actions, such as refraining from eating majáz meat, an animal from the forest, or from consuming certain species of fish, or armadillo, or from eating certain substances. sweets.

Food restrictions that apply only to women.

When fishing using barbasco , a paralytic that stuns the fish and makes it easier to catch, women cannot participate in the activity.

In many indigenous societies, women should not eat turtle meat or insect larvae.

Likewise, the food consumed by a lactating mother in various indigenous ethnic groups should not be salted, seasoned or fermented, as is the case among the Ticuna.

These restrictions, especially in the field of food consumption, are frequent in many Amazonian indigenous communities.

Young girls entering puberty are usually confined and subjected to a strict diet.

They are prohibited from eating red meat or fish.

In some cases, such as among the Asháninka, from the Peruvian Amazon, it is taboo to consume pork, probably as a religious cultural prohibition that dates back to the 19th century and that was transmitted to them by the evangelizing missionaries .

Taboo associated with the meat of the Terrestrial Tapirus.

The consumption of tapir , sachavaca or tapir ( Tapirusterrestrial ) meat is a widespread food taboo among indigenous Amazonian societies.

The tapir is considered a symbolic, sacred animal for many cultures, such as Mayoruna, Campa or Achuar, and it is forbidden to consume it.

There are also taboos associated with the consumption of fish, which are very generalized, because fishing is one of the main sources of protein for the Amazonian peoples.

In many groups, eating carnivorous fish, such as piranha , is prohibited for menstruating women and sick people.

Some anthropologists attribute this ban to the fact that these fish are at the top of the food chain and are more likely to accumulate toxins.

Other groups prohibit their consumption of some species to dedicate them exclusively to medicinal purposes.

Preservation of raw materials for the preparation of medicines.

Species such as the skate, which are not carnivorous, are not consumed because their fat is widely used to combat asthma, cough, pneumonia and other respiratory conditions.

Taboos related to Hippocratic medicine and the Bible.

Many food prohibitions obey, in the Brazilian Amazon , the Portuguese transmission of health precepts from Hippocratic medicine and purity rules established by the Bible, in the book of Leviticus.

For example, in the region where the Río Negro meets the Amazon, near Manaus, there is a taboo on the consumption of piranha (Serrasalmus spp.), mandi (Pimelodus albofasciatus), and piraiba (Brachiplatystoma filamentosum).

Taboos that help the environmental balance.

In some cases, these consumption bans bring certain benefits, such as reducing predatory pressure. And even the use of certain primitive fishing techniques, such as the zagaia, a sharp wooden spear, constitute non-predatory practices, and are friendly to the Amazonian environment.

What is a food taboo?

To consume food, some basic conditions must be met: one of them is its availability.

Another is the possibility we have of accessing food through an economic income or managing the physical resources of an environment to make it possible.

However, sometimes you have the food and the resources to access it, and yet you choose not to eat it.

The reason for this situation is that in the social framework, governed by a certain culture, only what is chosen is consumed.

That choice is dictated and codified within a culture by a series of norms, rules, prohibitions and preferences that condition food consumption. This is the case of food taboos.

Many times, food taboos are not generalized but only restrict a part of the population, such as women who have not yet reached puberty, or who are menstruating or pregnant.

Neophilia drives human beings to expand their range of food by consuming new foods to enrich the diet, make it more attractive and protect it against eventual periods of scarcity, resorting to substitute foods.

We need, for example, carbohydrates, proteins and fats, which we can obtain from various sources in the right proportions.

Neophilia drives us to meet our nutrient needs with various kinds of starchy foods, or meats, or fats, in order to avoid dependencies on a single source that, in the event of a shortage, could threaten our survival.

But expanding the spectrum or range of new foods implies the dangers of consuming toxic foods that can threaten our health, which leads us to neophobia, which is the fear or reservation of consuming new foods.

These foods can be toxic, often fatal, and should be avoided. That is why they become foods of prohibited consumption or a food taboo.

All cultures have superstitions and food taboos and other activities of social life.

Amazonian indigenous cultures are no exception.