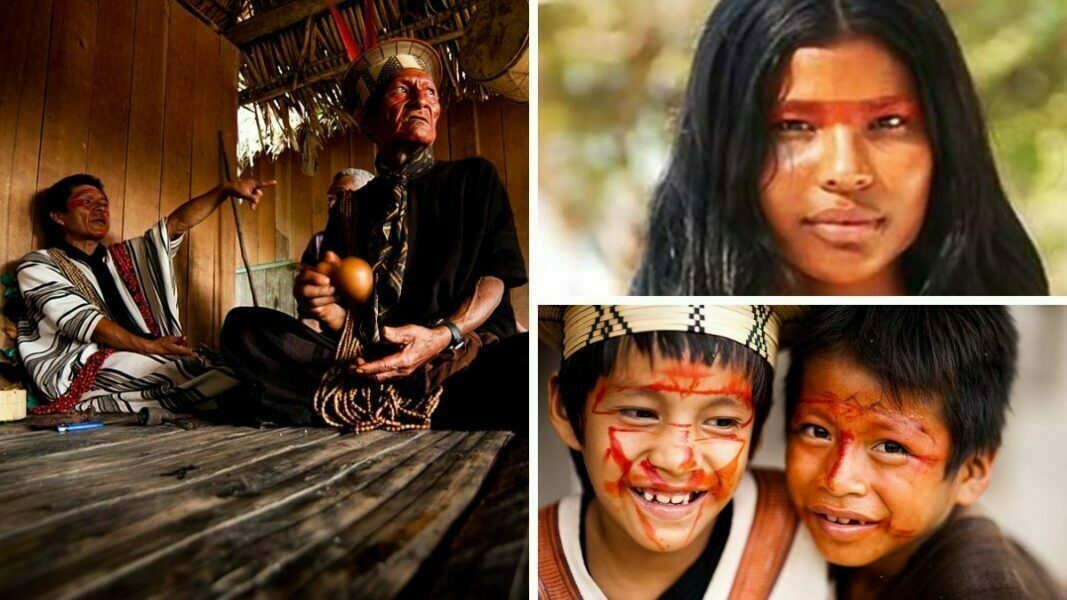 The Asháninka -also known as Campas, Antis, Chunchos, Chascosos, Thampas, Komparias, Kuruparias and Campitis- are the largest and most widespread indigenous group in the Amazon, located in the central jungle area of Peru, with a presence in the departments of Cusco, Ayacucho, Junín, Pasco, Huánuco and Ucayali, as well as the territory on the Peruvian-Brazilian border of Uyacali with the state of Acre. The Asháninka indigenous community comprises 675 localities, of which 405 are recognized as native communities.

Asháninka can be translated as “people” or “countryman” in an inclusive sense.

The territory of the Asháninka indigenous people extends in the high tropical forest zone in eastern Peru, located mainly in the regions of Junín, Ucayali, Pasco, Cusco, Huánuco and Ayacucho, whose main rivers are the Pichis, Perené, Ene, Tambo and Ucayali. Likewise, there are families of this ethnic group in a situation of isolation and initial contact in the Otishi National Park and in the Asháninka Communal Reserve (Republic of Peru, Ministry of Culture, 2014) (4).

According to the 2017 National Census of Peru, the population of this indigenous group was estimated at 117,955 people (Republic of Peru, Ministry of Culture, n.d.) (3). For their part, it is estimated that the Asháninkas inhabiting Brazilian territory, are about 2,000 people located in the Alto Juruá region and the right bank of the Envira River, which bathe the Brazilian states of Acre and Amazonas (Pimenta, cited by Osorio, 2018) (2) (2).

The Asháninka culture includes knowledge related to the owners of nature and spiritual beings, as well as daily activities, respect and conception of the world, having a common denominator with other indigenous ethnic groups of the Amazon.

According to Umaña (2021) (5), from the Asháninka cosmovision, the world is a space inhabited by people, animals, living and dead beings turned into animals, as well as good and bad spiritual entities. Also, as in other Amazonian indigenous cultures, there is a relationship between the Asháninka and nature, with great respect for the tsipayetari kari añayeteri, that is, the invisible and visible beings.

Furthermore, Umaña (2021) (5) explains that the Asháninka universe comprises four worlds: kibinti, kamabero, kipatsi, and sharinkabeni. The first world kibinti, covered with clouds, is the being that looks down from above and has infinite power, being the protector of all that is created in nature; the second world. kamaberoled by the mistress of the dead, is the place where the deceased arrive and if they have misbehaved, they are returned to the world of darkness, sharinkabeni; in the third world, kipatsiThe fourth world, inhabited by visible and invisible beings, both human and animal, is the fourth world called sharinkabeni represents the darkness where the blind demons known as “blind demons” live. kamariIn other words, those people who were not good in life are sent to this world.

On the other hand, cultural knowledge and the harmony that should exist between nature and humanity are transmitted from the oral tradition, thus configuring the Asháninka identity.

The language of the Asháninka Indians belongs to the Arawak linguistic family and is in a vital state.

According to the Ministry of Culture of Peru (n.d.) (3), the Asháninka traditionally lived in small groups and dispersed settlements, in which two types of dwellings were distinguished: the intómoe and the káapa. The first was the female house, where the nuclear family lived and also cooked; while the second was defined as the male or guest house. Since they were dispersed settlements, one of the common practices of these Indians was the visit, which could vary in duration from a few days to longer periods. It has been customary to welcome visitors with masato and then invite them to rest.

At present, the settlement pattern of the Asháninka communities has changed from an organization of 30 to 50 inhabitants to the formation of villages or localities of approximately 200 to 300 inhabitants. These villages are built around educational and health services, following the logic of urban centers. However, most of the families of this indigenous group found their farms in the interior of the forests, near rivers and streams, building living spaces or dwellings where they can spend several days away from the communal settlements (Republic of Peru, Ministry of Culture, n.d.) (3).

On the other hand, according to Alva and Diaz (2021) (1), traditionally the Asháninka They also prepare the girls for adulthood with the celebration of the feast of the “fiesta de PankoreantoThis is a sacred moment with rituals in which the mother and grandparents impart advice on how to be good mothers and wives. For his part, the shaman or Sheripiari is considered the family doctor, who treats people in the community. AsháninkaHe is considered a wise man in the treatment of illnesses through traditional medicine; he cures by blowing nicotine on the affected area, detecting the illness and its origin and then using various medicinal plants.

Like many other indigenous peoples of the Amazon, the Asháninka have traditionally practiced slash-and-burn agriculture, fishing, hunting and gathering. Cassava(Manihot esculenta) is the main crop; corn, plantains, peanuts, beans, tubers and fruits are also grown for subsistence purposes. However, in the last decades of the 20th century, coffee, cacao and achiote crops have been incorporated for commercial purposes, as well as bee honey and handicrafts (including jewelry), cushma or typical clothing, various textiles, bows, arrows, basketry, headdresses and others) based on ancestral knowledge and the use of materials from the jungle.