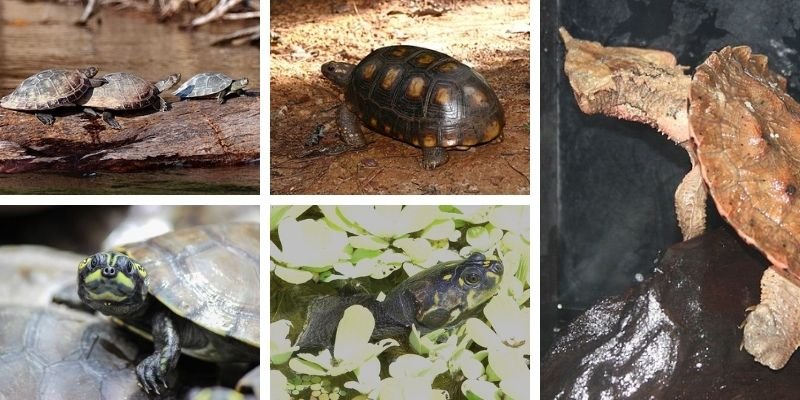 At least 17 species of turtles, both aquatic and terrestrial, are recorded in the Amazon basin , as is the case in the Brazilian Amazon , by far the largest portion of the entire basin.

For thousands of years, Amazonian societies have hunted turtles for their subsistence, but they have done so in a sustainable way, without the rate of capture exceeding the rate of reproduction of the different species.

Small river turtle, about 30 cm, of aquatic habits. Its shell is warped and dark gray. They eat their meat and their eggs. 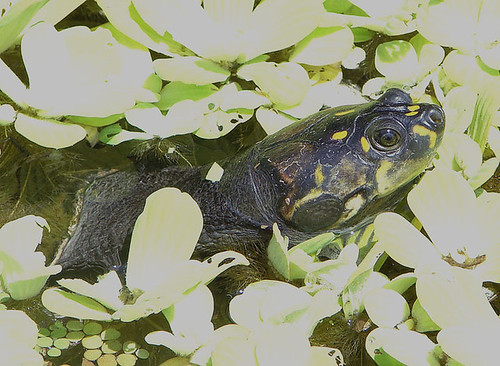 Amazonian aquatic turtle that has two prominences on its shell.

Its neck, as wide as its head, ends with a proboscis-like snout. It measures 50 cm long and weighs about 13 kg.

It deposits up to 30 eggs in the sand on the beach, with a gestation period between 180 and 200 days.

Its meat is not usually eaten, because its appearance is unpleasant.

Freshwater turtle about 30 to 40 cm long, with a strong and flattened shell, dark greenish in color.

Its meat and eggs are edible and highly appreciated, which has
led to overexploitation of the resource and seriously jeopardized the survival of the species.

The charapa or arrau is the largest species of freshwater turtle in the neotropics, present in all the countries that make up the Amazon basin, which exposes it a lot, due to its visibility, to different predators. 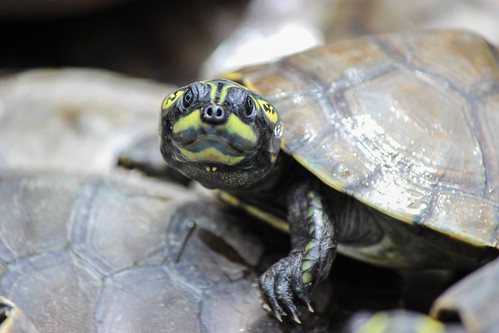 Among all the Amazonian turtles, the most predated are the aquatic ones, and among them the arrau or charapa turtle (Podocnemis expansa), an essential species in the red books of Amazonian wildlife, and which is the most sought after species of the Podocnemis genus. of which there are seven species in the rivers of northern South America.

The intensive capture of aquatic turtles and their eggs on the beaches of Amazonian rivers began at the beginning of the 18th century, when travelers and explorers still described in their writings the existence of thousands of turtles on the main beaches.

Fray Juan de Santa Gertrudis, in his Book of Wonders, in 1770, speaks of the enormous consumption of turtle eggs in Putumayo, Colombia, as well as their oil. Then things started to change.

Some specialists have estimated that, since 1700, no less than 200 million eggs have been collected and innumerable turtles hunted, to the point that now some species have been declared threatened or endangered.

Some countries, such as Brazil, have taken measures in this regard. Since 1979, an Amazon River Turtle Conservation Program has been established that has protected more than 70 million turtles in the Brazilian Amazon.

Threats and dangers that put Amazon turtles at risk

But the turtles have many enemies: inclement hunting, stimulated by an insatiable urban market; the illegal wildlife trade that captures baby turtles for the global pet trade; the growing and uncontrollable mercury contamination of the waters of the Amazonian rivers due to legal and illegal gold mining, and the construction of large hydroelectric dams, especially in Brazil.

A dam, for example, alters the annual cycle of river flooding, which floods the lowlands of the Amazon rainforest. Consequently, it prevents the movement of species, alters their migratory routes and flood beaches are reduced or lost, sometimes in large areas.

If pollution and the intervention of nesting beaches are added, the existence of turtles is highly threatened, in particular, because they depend on cloacal respiration, breathing underwater through the only rear opening of the digestive and reproductive tracts, and the confined, poorly oxygenated and cloudy waters cause serious survival problems.

The black market and wildlife smuggling have done a lot of damage to the Amazon.

Wildlife smuggling is the third largest type of illegal trade in Brazil, behind drugs and weapons, representing billions of dollars for a capitalist society that has lost its way.