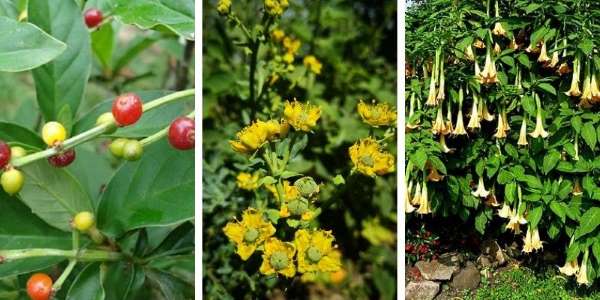 Master plants are plants used by shamans and healers to treat ailments and illnesses or to induce states of intimacy consciousness with the self.

When referring to them, it is important to consider the level of fidelity, i.e., their widespread acceptance. Research conducted in Chimborazo, in Ecuador’s central highlands, determined in 2016 that the master plants are mostly the same as in the Amazon.

The two plants with greater fidelity are rue and hierba santa, used both in the highlands and in the Amazon of Peru and Ecuador, to purify the body and eliminate bad energies.

Most important Master Plants according to FAO

A 2015 FAO study notes that the four most important master and medicinal plants in the Peruvian Amazon are ayahuasca (Banisteropsis caapi), chiricsanango(Brunfelsia grandiflora), chacruna (Psychotria viridis) and toé(Bragmansia suavelens).

The name ayahuasca comes from the Quechua aya, dead, and huasca, bejuco, rope: rope of the dead or death vine.

It is a plant that is distributed, in the wild, throughout the Amazon, the Orinoco basin and in the jungles of the western slopes of the Andes in Ecuador and Colombia.

It belongs to the genus Banisteriopsis, registered with that name in honor of John Banister, who died in 1692, which includes more than 100 species, some of which have psychoactive properties.

A vision of indigenous Amazonian culture would be incomplete without references to ayahuasca.

It has the shape of a creeper or vine and can wrap around a tree up to 15 m high. Its bark is smooth, greenish brown, and contains a concentration of alkaloids, among which harmine stands out.

Harmine and its alkaloid family, or dimethyltryptamine, are inhibitors of brain monoamine oxidase. Ayahuasca produces a feeling of euphoria and well-being and, if taken in pure form, can also cause hallucinations.

But in ritual practice ayahuasca is never used in pure form, but combined with leaves of another plant containing tryptamine alkaloids.

That complementary master plant is the chacruna(Psychotria viridis) or, in some parts, Diplopterys cobrerana.

An example of biopiracy was the unsuccessful attempt made with US patent 5751 in 1966 to appropriate a variety of ayahuasca.

In the rest of the countries of the Amazon basin, ayahuasca has other names such as yajé, yagué and natema, as is the case in the Ecuadorian Amazon.

One of the most knowledgeable scientists of this plant was Richard Evans Schultes, who qualified it as:

Shrub with rounded trunk, whose fruits are small berries of intense red color when ripe.

It is usually mixed with ayahuasca (Banisteriopsis caapi) in the preparation of the drink also called ayahuasca.

The mixture of both plants allows the sensation of visions to whoever ingests it.

Tall tree, up to 20 to 30 m high, with a thick, erect and highly branched trunk and capsular fruit.

It grows in the sub-Andean basin of the Amazon basin of Colombia, Ecuador and Peru, and is abundant in the Putumayo River basin, where the Siona people use its bark macerated in brandy.

Its bark, reddish in color, as well as its roots, are considered aphrodisiacs and are, consequently, macerated in sugarcane brandy and sweetened with honey to be drunk for that purpose, apart from the many medicinal uses it has as a restorative, febrifuge and to cure arthrosis and rheumatism.

This master plant is also considered an effective antitumor and folk medicine recommends it to treat stomach cancer. They call it chuchuhuasi, chuchuhuaso, chugchuhuaso. 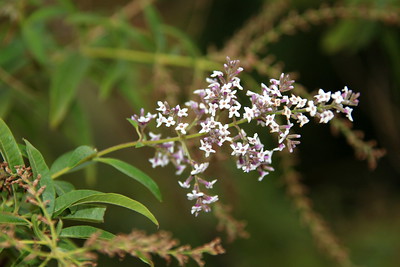 Plant native to Asia widely used in the Peruvian Amazon, both its leaves, in infusion, against malaria, and its root, chewed to soothe throat ailments and relieve dry coughs.

Shrub of the Solanaceae, up to 2.5 m high, with a stem that branches from its base. The infusion of its leaves is used as a depurative and to combat rheumatism and fever.

A small plant, 70 to 100 cm high, of the Rutaceae family, native to southern Europe, where it has been very popular since biblical times. It was introduced throughout the Amazon after the conquest and its use is now widely diversified in the region.

In South America there are many popular beliefs related to rue: in Paraguay and Argentina, for example, it is recommended to drink a cane drink with rue on the first of August to ward off the bad luck that this month of the year brings. In Chile it is said that if you plant rue at the entrance of your house you keep away bad feminine energies. In Peru it is also used to attract good luck.

On the other hand, by promoting menstruation and uterine contractions, it is also a powerful abortifacient.

Its uses are many and varied, which is why it is considered one of the main master plants of the Amazon.

Solanaceous plant, of American origin, with straight stems, up to 2 m high, oval leaves with pronounced veins, considered in the Peruvian Amazon as a “master plant”, used by shamans to obtain wisdom, and by healers to heal.

It is tobacco, but it is a different variety of tobacco(Nicotiana tabacum), sown in plantations, which in Quechua is called sayri.

This is tupac sayri, or noble tobacco, which is a semi-cultivated or wild species of Nicotiana glauca, N. rustica, N. paniculata or another variety, which has leaves of a different shape and color from those of common tobacco.

The Indians consume tobacco by sniffing it through the nose after turning it into powder, drinking it diluted or swallowing it as a paste (ampiri), and hardly smoke it, except for cures.

It is an essential master plant on the farm, where it is planted by the men of the group, and not by the women, who are usually in charge of the maintenance of the farm.

Processed tobacco is part of the shamanic ritual, in which the shaman blows its smoke over the parts of the body he wants to heal.

In the markets, such as Belen, in Iquitos, cigars are sold, thin and hand-rolled in a rudimentary manner by women. Sometimes, tobacco is mixed with ground leaves of other plants such as mint.

Amazonian shrub, of the Solanaceae family, up to 4 m tall, with oblong elliptical leaves that are cooked and crushed for use as a medicine against skin diseases and abscesses.

Its flowers, white, bell-shaped, about 20 cm long, aromatic, have hallucinogenic properties. It contains alkaloids such as scopolamine, atropine and others.

It enters, in some cases, as an ingredient in the preparation of ayahuasca, because it contains some substances with narcotizing properties that complement its hallucinogenic action.

For the shuar of the Ecuadorian Amazon, the maykua, that is, the toé, is a sacred plant, a gift from the gods. They crush the stems and tender leaves of the plant to extract a juice that they use as an invigoration ritual.

Shrubby plant or small tree, whose bark, macerated in brandy, serves as an antirheumatic, febrifuge, emetic and antisyphilitic, and is also used as a master plant.

Its fruit and leaves are used by the natives in the preparation of a hallucinogenic substance that, absorbed through the nasal mucosa, induces a psychological state called trance.

Under its influence, male members of some indigenous groups, such as the Piaroa of the Venezuelan Amazon, dance and sing without tiring.

The substance increases their strength and puts them in a trance, a state that allows them to communicate with spirits or hékuras.

That is why she is known as “The Spirit of the Forest”. It is taken only by men, using a long cane or yopero.

The taker places one end of the reed in his nostril while the other blows through the other end.

The yopo is actually a mixture of master plants that are added to the base plant, which is the Anadenanthera peregrina, Piptadenia peregrina), such as Bucnenavia parvifolia (which the Piaroa call punaeki), Pinzona coriaceae (tuwowipo for the bare), Astrocaryum sp. (duyaeri, bare) and Banisteriopsis caapi (tuwipae, bare), a Peruvian ayahuasca plant.