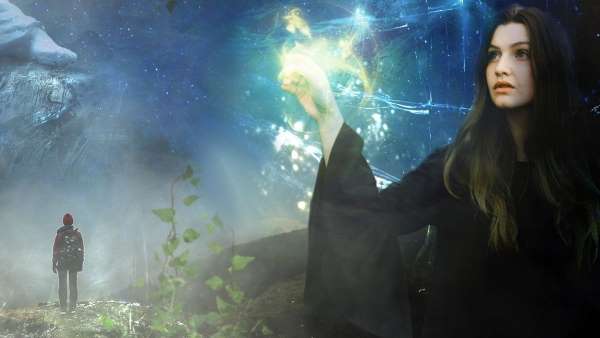 The cariaquito morado, known as ayamanchana in Peru, is a small, erect, thornless shrub, up to 2 m tall, with evergreen leaves, belonging to the Verbenaceae family. It is a showy plant because of its leaves, flowers and fruits.

It has three leaves on each node, or two opposite leaves. Its leaves are very green, rough, pointed, pubescent, lanceolate, up to 16 cm long and 84 mm wide.

The fruits are small, globular, juicy, up to 3.5 mm in diameter, purple or lilac in color, and very toxic, to the point of causing muscular weakness, respiratory difficulties and even vascular collapse.

It is a plant widely distributed in Central and South America, the Caribbean and Hawaii, although it is also found in Africa. It grows between 500 and 1,500 meters above sea level.

It is found throughout the Amazon basin, where it is widely used to counteract bad luck or “pava”, although some medicinal properties are also attributed to it.

Medicinal properties of cariaquito purple, what is it good for?

The liquid of the leaves macerated in alcohol of 70 ° is used for frictions in order to calm dizziness and in vaginal irrigations.

The infusion of the flowers is used to reduce fever, and to soothe itching caused by lechina.

The plant contains an active ingredient, lanthanin, which is found in the leaves and flowers. In infusion it is used to reduce fever.

In the Amazonian indigenous populations it is used to cure chronic flus .

It is also used for emmenagogue purposes(to stimulate menstruation and normalize the menstrual cycle in women), and carminative (as an antiflatulent).

The plant is widely used by healers and shamans to cure certain diseases and combat bad luck linked to esoteric or “magical” uses.

When a person faces many difficulties attributable to his “bad luck”, it is popularly recommended that he “take a bath with a purple cariaquito”. That is, taking baths with infusions of parts of the plant.

It is also used to prevent spells such as the “evil eye” or other witchcraft in the form of “despojos”.

It is thus used for individual baths and for cleaning houses from the inside out.

The houses are cleaned with a mixture of water, soap paste or blue soap and eucalyptus leaves that are put to boil, and then ammonia or chlorine is added, taking care, the “cleaners”, to always do it from the inside out, to dislodge bad luck.

Some use its essence to modify states of melancholy or sadness in people, or to change negative attitudes for positive ones.

It has many uses in folk medicine, being attributed with analgesic, anti-inflammatory, antidiarrheal and rheumatic properties.

It is used in baths made with preparations resulting from decoction of the leaves and roots, as a sedative and to calm nervous states.