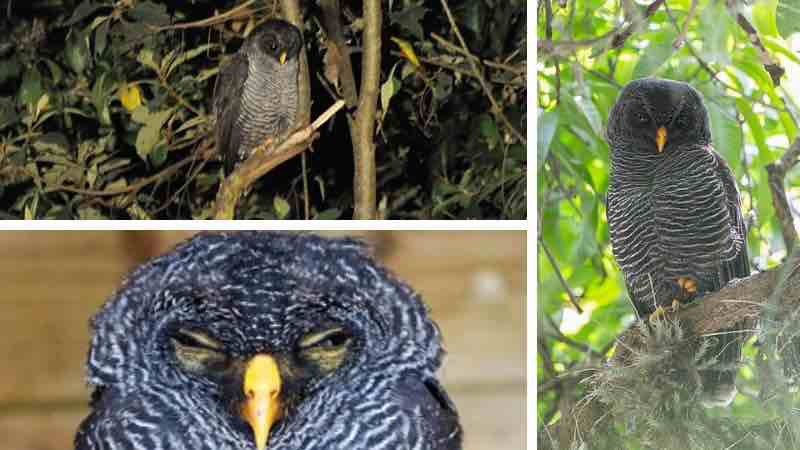 It is a nocturnal bird of prey, of the strigidae family, little known and studied.

Where does the barn owl live and what does it eat?

Native to South America and distributed in the Amazon basin, especially in humid tropical forests. It feeds on rodents, bats, small birds and insects.

Its beak and legs are orange. His facial disc is blackish and his eyebrows are stained white. Its body feathers are blackish, with white, narrow, wavy bars.

Its tail is black, with white dots and four narrow white bars.

Lives alone or as a couple. It is a very territorial species, especially during the breeding season.

It nests in hollows of tall logs and lays a maximum of two eggs that will be jealously guarded until the chicks learn to hunt.