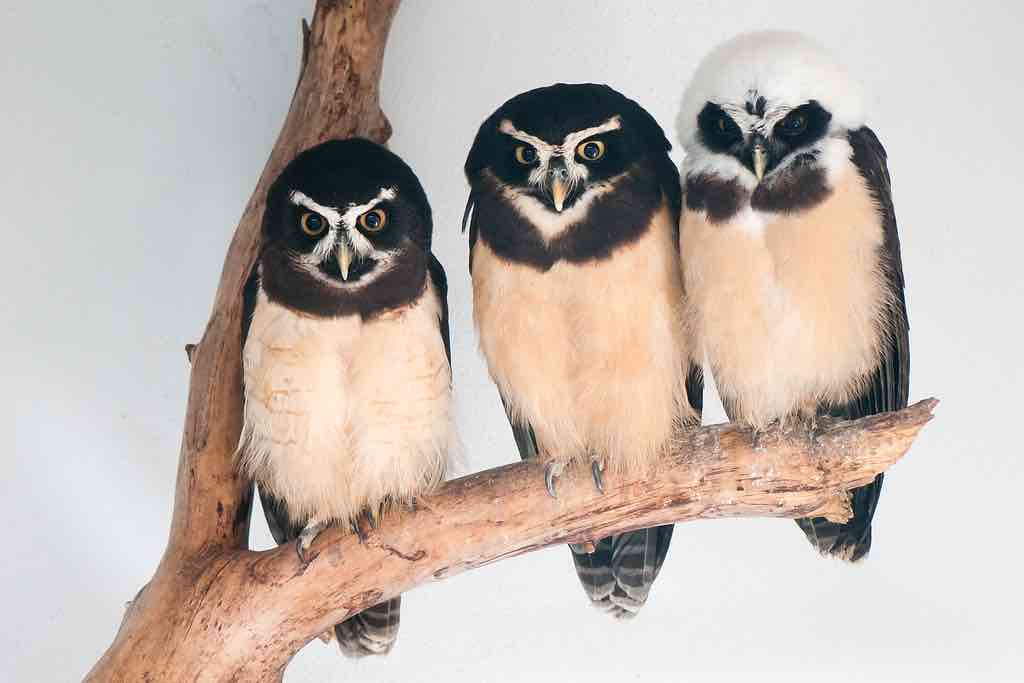 They are birds of prey, of the strigdae family, native to South and Central America. It is distributed from southern Mexico to northern Argentina, passing through the Amazon, where it inhabits Bolivia, Brazil, Colombia, Ecuador, the Guyanas, Paraguay, Peru, Venezuela and northern Argentina.

It is a nocturnal bird that feeds on insects, birds, frogs and bats. It measures 43 to 50 cm and weighs one to one and a half kilograms.

It stands out particularly because it has an intense yellow hue around its eyes that gives the impression that it has glasses.

It has white eyebrows that go up to the beak, forming incomplete glasses, which give it its name. It also has no “ears”, i.e., it lacks ear tufts.

It nests in tree hollows or in cracks in rocks, where the female lays two eggs, which she incubates for a month.

It emits a low, long song to mark its territory. It generally lives below 1,000 meters above sea level. Its life span is 25 to 30 years.