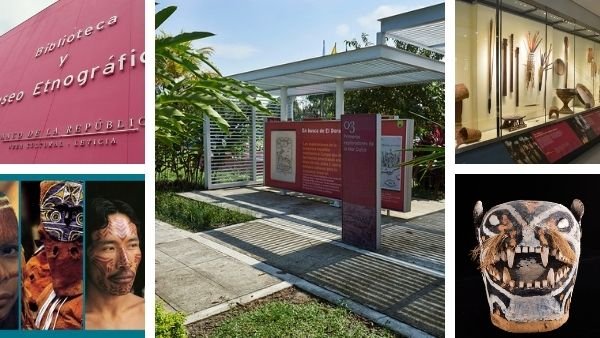 The ethnographic museum “El hombre amazónico” is a meeting place for anthropological and cultural knowledge of the Colombian Amazon region. It is located in the library of the Bank of the Republic of Leticia. This museum was inaugurated in 2015, with the participation of the anthropologist Roberto Pineda Camacho and the community, along with a group of professionals from the Gold Museum and the Banco de la República. 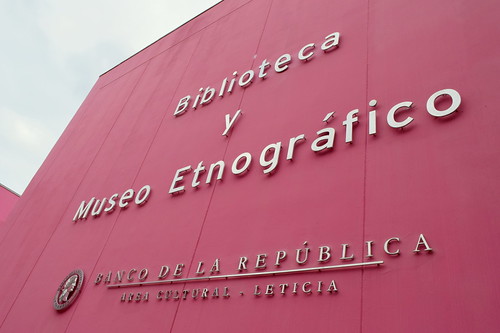 It exhibits an ethnographic collection of Fray Antonio Jover Omaña, father of the Capuchin order, with more than 200 objects for ritual and daily use, including vessels, bows, arrows, oars and others, used in ceremonies and work by the inhabitants of the Huitoto, Yukuna and Ticuna ethnic groups (Banrepcultural, 2017; Ecured, 2020).

Indeed, in the Ethnographic Museum “The Amazonian Man” a mosaic of indigenous societies and cultures of the Colombian Amazonian landscape and its surroundings is represented.

Between the Caquetá and Putumayo rivers they inhabit indigenous communities that speak the Huitoto, Andoque, Nonuya, Miraña, Bora and Ocaina languages, who call themselves people from the center, whose home has been the maloca since ancient times, a large communal house that continues to be the meeting place of ritual dancestoday, and coca and tobacco persist as sacred leaves, as the basis of the physical and spiritual strength of the indigenous people. 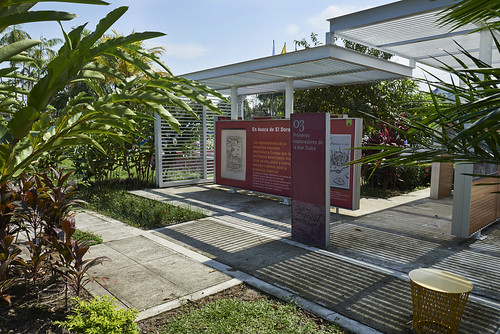 Likewise, the Yukunaswho speak a language of the Arawakfamily, live in the vicinity of the Mirití-Paraná river and some have emigrated to the vicinity of Leticia; like the maloca has been the center of life, family, social and ritual of this ethnic group. 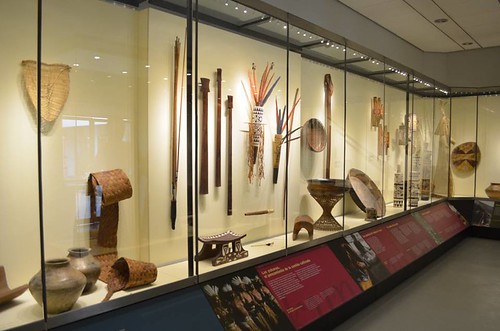 For their part, the Ticunas moved from the colony to the Amazon River and today many of their settlements are in the vicinity of Leticia, in the Amacayacu National Park and Puerto Nariño and other surrounding municipalities. The traditional economic activities of all these communities have been agriculture, fishing, hunting, and more recently the sale of handicrafts, among others (Banrepcultural, 2017). 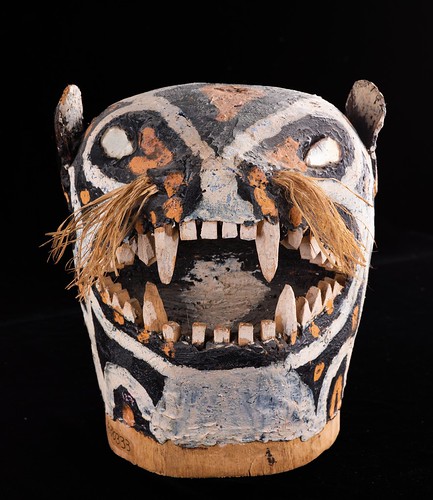 The General Library of the Colombian Amazon

Likewise, this museum is complemented by the bank’s general library, the children’s room, an indigenous orchard and another for medicinal plants, and especially the Amazonas room, offering more than 4,000 specialized copies of content about this region written in Spanish, Portuguese and indigenous languages, for consultation and loan, allowing a greater understanding of the past and present, the nature and cultural diversity of the department of Amazonas and its capital (Banrepcultural, 2017; Ecured, 2020). 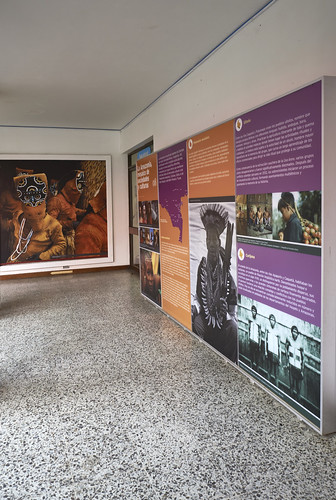 The Ethnographic Museum “The Amazon Man” is part of the cultural area of the Bank of the Republic, being a project attended by the indigenous people who inhabit the Colombian Amazon region, an expression of a territory that has become a meeting place for natives and tourists. nationals and foreigners, having as a setting the jungle and the Amazon River (Ethnographic Museum of the Bank of the Republic, 2020).