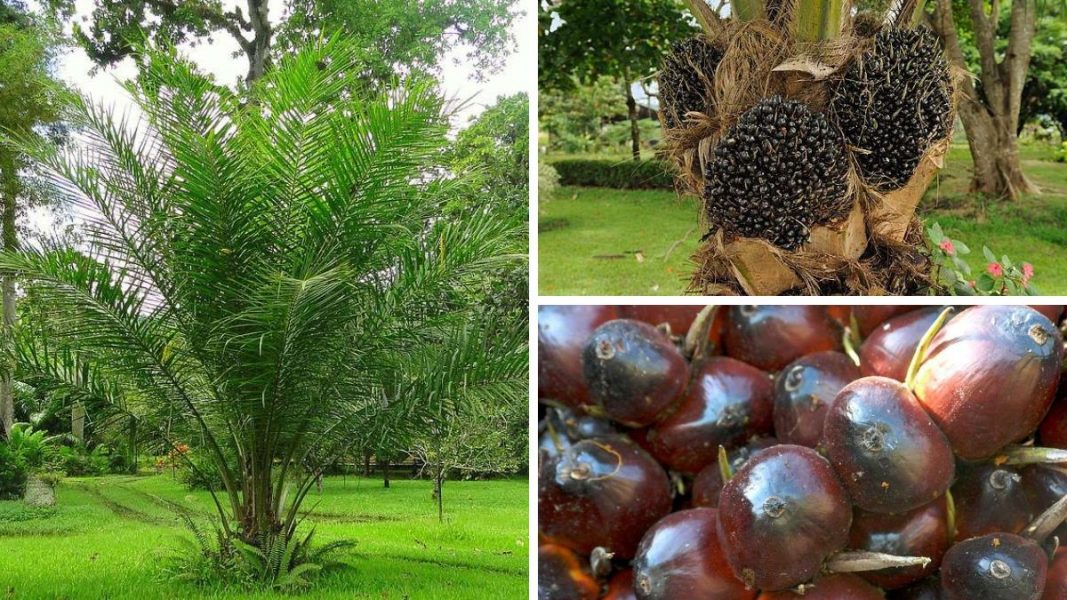 The African palm, also known as oil palm, guinea palm, Aabora palm and guinea palm, is a tropical, high-yielding oleaginous species that not only produces the largest amount of oil per unit area, but also generates a diversity of products.

Origin and distribution of African palm

The species Elaeis guineensis Jacq. is native to the coasts of the Gulf of Guinea in West Africa. Its arrival in America was the result of the black slave trade in the 16th century. The contact of these European traders on the African continent allowed the exchange of other types of products, including seeds (Lomineth, 2020) (5). This palm has been introduced and cultivated in vast tropical areas in the American continent -including the Amazon- and especially in Southeast Asia with the leadership of Malaysia; in addition, Colombia is the fourth largest producer of African palm in the world and the first in America.

It is a monoecious palm with a solitary erect trunk, which in commercial cultivation reaches a height between 10 and 15 m, with great development of the primary roots. The stem develops in three or four years and communicates the roots with the tuft of leaves that crown it. The green pinnate leaves with leaflets arranged like feathers on each side of the petiole, have a length of 5 to 8 m and consist of two parts, the rachis and petiole; the flowers are presented in agglomerated spikes (INFOAGRO, n.d.) (4).

It is an ovoid drupe, 3-6 cm long and weighing approximately 5-12 grams, reddish in color, arranged in clusters. It has a smooth and shiny skin (exocarp) and a pulp (mesocarp) containing cells with oil; the nut (endocarp) is composed of a lignified kernel and an oily kernel or palm kernel (endosperm) (INFOAGRO, n.d.) (4).

The oil palm and its derivatives are used both in the agri-food and non-food fields, and the trunk, leaves and fruit can be used. Thus, the trunk and leaves are used as raw material in the production of furniture and paper pulp. Two types of oil are obtained from the fruit: palm oil and palm kernel oil; these are used in the production of food and oleochemicals; both are components in the production of margarine and other products. From the extraction process of these oils, by-products are obtained such as empty bunches or rachis, the husk, fibers, among others, which can be used as fertilizers, fuel for boilers and for animal feed in the formulation of concentrates for cattle, sheep, horses, pigs and poultry. On the other hand, crude palm oil has been used as a substitute for diesel fuel; it is also used mainly in the production of soaps and other cosmetics (Garcés and Cuéllar, 1997).

Although the oil of the species Elaeis guineensis Jacq. has been used since ancient times for human consumption, it was not until the middle of the 20th century that it was produced for commercial purposes. Currently, African oil palm is the second most economically important crop in the world oilseed circuit, after soybean (González and Salas, 2012) (3). According to Avellaneda, quoted by Tuesta et. at (2022) (6), in the world market the price of African palm oil is stable and low compared to other vegetable oils, making it highly competitive in this market and economically viable for biodiesel production.

According to INFOAGRO (S.f.) (4), if compared to other oilseed species, African palm has a higher yield per hectare; to produce the same as one hectare of palm, it is necessary to plant 10 and 9 hectares of soybean and sunflower, respectively.

According to Dammert (2014) (1), the main socio-environmental impacts of large-scale oil palm production in the Amazon are linked to the dynamics of dispossession affecting settler farmers as well as deforestation. The first case has to do with land dispossession, even with violence, which causes conflicts related to the ownership of this productive factor. On the other hand, crop expansion can be a driver of deforestation, to the extent that plantations replace primary forests or substitute other crops or pastures for livestock. In addition, this economic activity contributes to greenhouse gas emissions and biodiversity loss in the Amazon region. It is also possible that African palm could be planted in already deforested areas, such as cattle pastures, but this will depend on the quality of the soils. However, the socioeconomic and environmental dynamics are different in the countries of the Amazon Basin.

On the other hand, the economic sustainability of oil palm cultivation as far as small and medium producers are concerned has conflicting views. However, most authors argue that the profit mainly remains in the hands of the exporting corporations, while small producers do not enjoy the economic benefits, since they practically only sell their labor force, despite being a source of employment for unskilled labor (Tuesta, et. at, 2022) (6).

Consequently, socioeconomic management strategies based on strategic alliances between stakeholders are required to promote sustainable territorial development, viable both economically and socially, in the face of the challenges of the 21st century within the framework of the 2030 Agenda and the World Summit on Sustainable Food Systems held in 2021, among other initiatives.