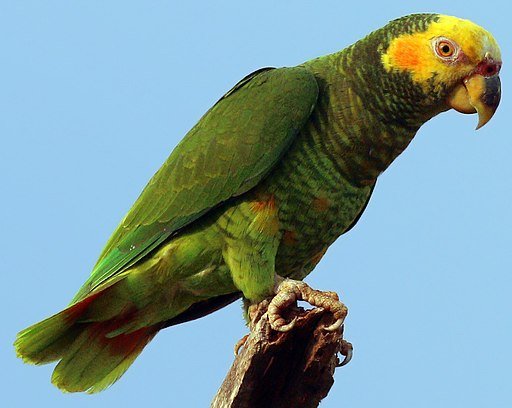 The Yellow-cheeked Parrot (Alipiopsitta xanthrops). It is a very particular parrot because it learns to imitate sounds and words.

It is abundant in the savannahs of Brazil and Bolivia, although it is also found in other areas of the Amazon.

It measures 27 to 35 cm, and weighs 200 to 480 g. It lacks sexual dimorphism. It is characterized by a yellow face and red feathers on the chest.

It has a red stripe on its face that goes from one eye to the other, which is why it is called frentirroja, and on the back of the head it is yellow. 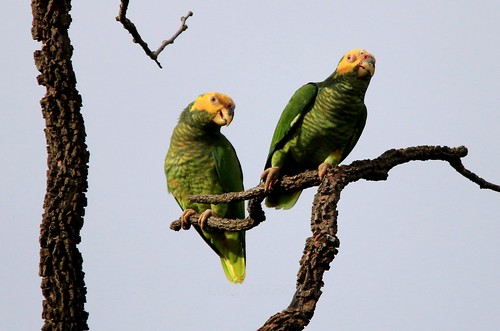 Its plumage is light green. Its legs and beak are grayish. Its leg, free of feathers, is provided with strong claws for pressing. Its beak is very strong. It is a very territorial bird.

It reaches sexual maturity at three or four years of age. It nests in tree cavities, where the female lays three to four white eggs that are incubated for 25/26 days.

It feeds mainly on fruits and seeds, as well as the bark of some trees and has a special taste for nibbling or licking clay, which is the main source of calcium and other minerals in its wild diet.