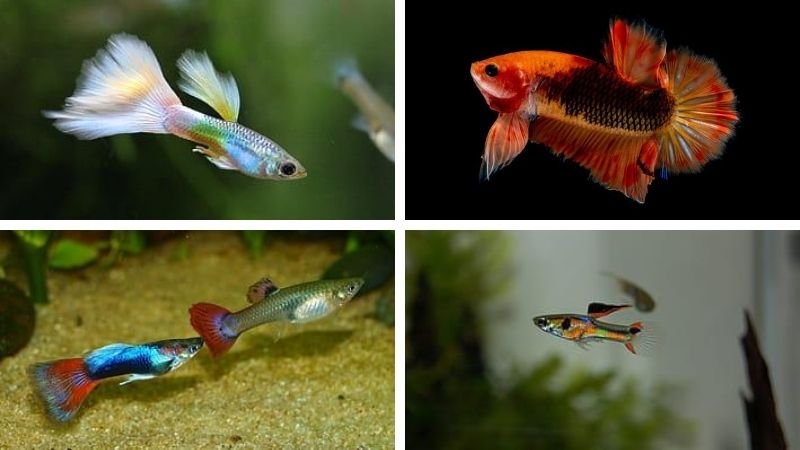 Ornamental fish are mostly non-consumptive; however, there are cases in which they are also appreciated for their color and beauty.

The richness of the Amazon basin lies in its great biodiversity. Because it is located within the radius of influence of the equatorial line, it receives intense solar energy every day of the year.

Solar energy is the source of life on our planet. Countries located on the equator, an imaginary line that divides the Earth into two hemispheres, and where the sun’s rays fall almost perpendicular to the surface of the planet, have a great wealth of biodiversity.

The countries that make up the Amazon Basin, the largest tropical rainforest in the world, are megadiverse countries in terms of flora and fauna.

Among this rich fauna are freshwater fish and other aquatic animals. The combined Amazon-Orinoquia basin is home to more than 15% of the world’s freshwater fauna, in keeping with its abundance of water resources.

Where is the largest concentration of fish located?

The largest concentration of freshwater fish species is in the Amazon, estimated at 2,500, representing 15% of the world total.

However, its exploitation is directed especially to commercial fishing for human consumption.

This enormous richness in species diversity is concentrated mainly in two orders: characiformes and siluriformes.

The abundance in variety and quantity of fish in the Amazon basin is a consequence of several factors. The first is that the Amazon, together with the Orinoco, make up the largest tropical rainforest on the planet, which also concentrates the largest reservoir of fresh water known.

There, the base of some 200 to 300 fish species was created, which acted as a group for the development of a unique evolutionary process that has been going on for millions of years.

It was long believed that these two basins were distinct in their formation and antiquity, and were apparently separate, until their connection was discovered.

This mediation channel between the two basins was used as a corridor by migratory fish species.

This means that there are many common species in the two basins. The second factor is that, unlike most of the other hydrological basins in the world, the Amazon-Oorinoquia basin is crossed by numerous rivers, some of them of great length and flow.

In its main channels, fish species follow a pattern of behavior strongly influenced by the fact that species richness changes downstream, in rivers of great length and flow, and as it flows from west to east.

Richness increases in accordance with water temperature elevation and food energy availability, while it decreases with elevation and gradient.

This enormous fish diversity can be exploited by commercial fishing for consumption and ornamental purposes, for the domestic and foreign markets.

The current practice of directly extracting fish from Amazonian water bodies to export them as ornamental fish exerted considerable pressure that endangered the survival of some species, such as the neon tetra(Paracheirodon innesi)which was for a long time the most exploited fish for ornamental purposes, as was the case in the region. Loreto, in the Peruvian Amazon, where more than 5,000 families earned their livelihoods from this activity.

Given the growth in international demand for ornamental fish, in a world market that has been increasing steadily since the 1980s, it was decided to adjust the supply to environmental sustainability criteria.

How did ornamental fish production change?

Moving from a merely extractive activity to one that began to produce ornamental fish in captivity, in systems that combine the production of fish and plants in controlled conditions, which they call aquaponics, a path that had been opened by Asian ornamental fish exporting countries, such as Japan and Taiwan.

Much more is now known about ornamental fish: there are detailed inventories by region, especially in importing countries, such as the United States, the European Union, the United Kingdom and large Asian countries with a long tradition in the activity.

And more is known about their breeding conditions, their adaptation to confinement, their artificial diets, their diseases and the most suitable combinations to bring them together in a common environment (Ng 2016). And on the impacts of their extraction, differentiating between direct extraction from the river habitat and from ponds where they are born and reproduce in artificial conditions.

In the latter case, more and more genetic manipulation of specimens is being developed, resulting in the “transgenic fish”, to create conditions that are more attractive and suitable for rearing in aquariums and open-air garden ponds.

✅ The market for ornamental fish

An ornamental fish is a living organism kept in an aquarium for ornamental purposes.

It is considered a hobby practiced by millions of followers on a planetary scale, and since 1985, it has grown at an average annual rate of 14%.

A spectacular growth that produces more than $900 million per year at the wholesale level, but which, at the retail level, yields revenues in excess of $3 billion per year.

Dey (2016) notes that ornamental fish were traded in more than 125 countries, with an export value of US$347.5 million, not including equipment, feed, and health services related to breeding and maintenance.

In 2015, more than 2,500 species of ornamental fish were traded, mostly from tropical and subtropical regions and 60 % originating from developing countries (Ghosh et al 2014, Dey 2016).

However, the freshwater ornamental fish market is dominated by about 30 species, in which guppy and neon tetra species stand out , accounting for about 25 % of the market volume and about 14 % of the total value (Luján-Monja 2018).

✅ What are the ornamental fish of the Amazon?

Among the fish families most commonly used for ornamental production and trade are Cihlidae, Poeciilidae, Characidae, and Osphronemidae.

The ornamental fish has become the most popular pet, even though it is a more passive pet than usual and does not participate directly in contact with the owner.

It is now known that it is not the same to have a fish taken directly from its natural environment and placed in a fish tank, than another fish previously bred in captivity and that has adjusted more easily to small spaces, less oxygenated environments and artificial feeding.

That’s important, because now about 890 % of aquarium fish are freshwater fish, which are increasingly being farmed outside their natural environment.

Until recently, ornamental fish were extracted in this way, but things are changing in countries such as Colombia, Brazil, Peru and other Amazonian countries, which have established aquaculture farm systems for the production of ornamental fish.

This is the case with some species such as the discus fish in Brazil. Peru, which exported 30% of the total volume of ornamental fish in the subcontinent, covering the demand for some 12 species of ornamental fish such as arahuna (Osteoglossum bicirrhosum) or the tigrinum (Brachyplatystoma tigrinum), of which a single specimen sold in Europe can fetch more than 300 euros or 400 dollars in the United States.

The development of ornamental fish culture farms, apart from significantly reducing pressure on the resource in its natural habitats, constitutes a suitable entrepreneurial alternative for many low-income rural families (Schwerdtner et al 2014).

It is an economic activity that is carried out in small spaces, can be done with family labor and does not involve a large economic investment, very convenient to provide an economic income for low-income populations (Ghosh et al 2014, Nithingale et al 2017).

Apart from the fact that, according to (Macedo et al 2016), ornamental fish produced in captivity are more colorful than those extracted from natural habitats.