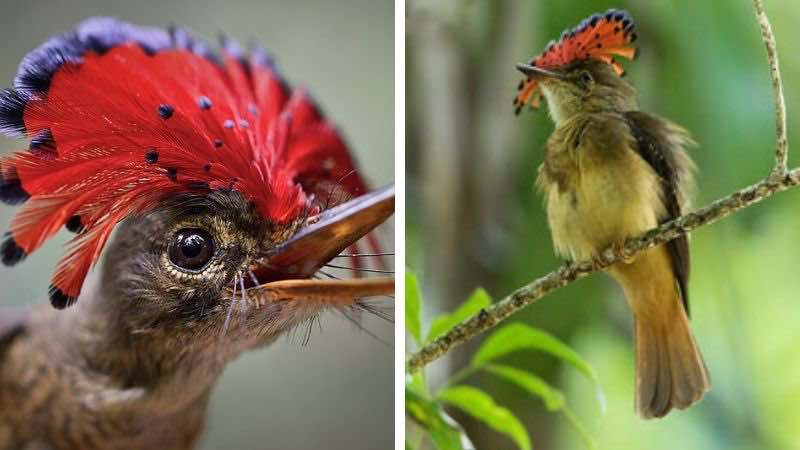 The Amazon flycatcher (Onychorhynchus coronatus), a passerine bird of the family Tyrannidae, native to the Americas.

Characteristics of the royal flycatcher

It measures between 15 and 17 cm long. Its most distinctive part is a plume or crest on its head, shaped like a flat fan, which when erected is strikingly beautiful.

The male has a dazzling scarlet color, which is yellow in the female, decorated with black and steel shades and blue gears.

The rest of the body plumage is less striking: uniform reddish-brown on the upper parts, and orange-yellow on the underparts. 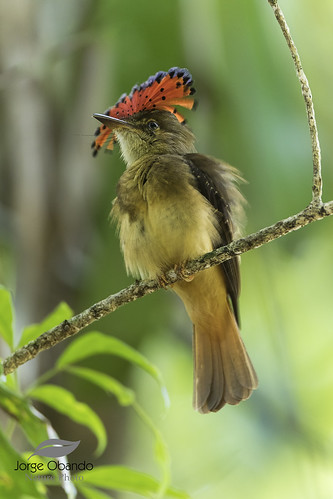 The throat is whitish in color. It feeds on insects, generally flying insects, such as dragonflies and flies.

The male displays his beautiful fan, moving it rhythmically from side to side on the occasion of courtship to the female.

It makes its hanging nest in tree branches, where the female deposits two reddish-brown eggs, which incubate for 22 days.

Two subspecies of this bird have been recorded: O. coronatus coronatus, present from eastern Venezuela to the Guianas and northern Amazonian Brazil , and O. coronatus castelnaui, present in southeastern Colombia, northern Bolivia and western Brazil.