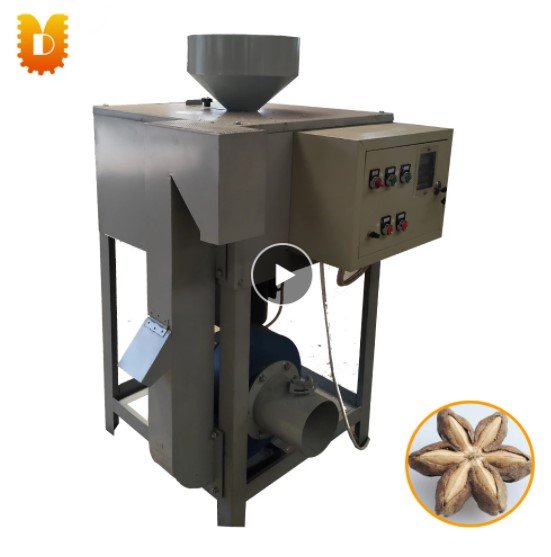 If establishing any enterprise is not an easy task, especially when you do not have previous experience and face difficulties in accessing the necessary credit to finance it, it is even more difficult to establish a sustainable personal or community enterprise.

Sustainability and profitability in the Amazon

A sustainable enterprise implies the creation of a commercial activity that takes into account two elements.

The first is that the undertaking is profitable, that is, that it provides profits and not losses.

The second is that this activity in no way causes environmental damage, nor violates the customs and ethical values of the community where it is carried out.

And if these difficulties are not enough, a third element must be added: to carry it out in Amazonian territory, with high ecological vulnerability and native indigenous communities of high sensitivity, which respond to values different from those that prevail in human societies penetrated by consumerism and the criterion of economic profitability over the criterion of ecological sustainability.

Amazonian products are not easily accessible in urban markets, even in large cities near the Amazon basin.

This condition becomes more complex when the lack of internal communication in the Amazon basin, between region and region, is observed. The distances between the Amazonian cities are long and difficult.

What is aggravated when considering its commercialization to meet the demand of the urban markets of the cities. Exporting them to make it possible for Amazonian restaurants to operate in big cities like New York, San Francisco, Chicago, Paris, London, Tokyo, etc., is almost a utopia. Whoever does it will become a millionaire.

To make them accessible, some preliminary steps are almost always required, which can only be overcome when there is a true conservationist vocation for nature and respect for the cultureof indigenous communities.

Let’s take an example. In Brazil, several Amazonian cuisine proposals are being developed with great enthusiasm in large cities such as Rio de Janeiro, Brasilia and Sao Paulo, which are outside the Amazonian commercial circuit.

And the desired products are not regularly available in urban markets, in the quality conditions necessary to guarantee high-quality cuisine, with fresh ingredients.

In these conditions of irregular supply on time, in the desired freshness, it is very difficult to support Amazonian cuisine proposals outside cities such as Manaus or Belem do Pará.

One of the best chefs in the world is Alex Atala, who has several restaurants in Brazil. The most recognized is D.O.M., in São Paulo, opened in 1999. But it has opened others: Acougue Central (butcher shop-restaurant), Bio (restaurant with healthy cuisine and organic production, where waste is minimal).

Atala realized that the vulnerability of his undertakings lay in the accessibility of the product.

Then, with a group of friends, he began to launch the Atá Institute Manifesto in 2013 to regularize the Amazonian food chain, because, until then, the chain was divided into three main links: knowledge (scientific researchers) , production (the producers) and consumption (the distributors, the cooks and the consumers), and it was proposed to connect them.

To that end, among other initiatives, a section of Amazonian products was created in the largest market in São Paulo. Thus, it sought to stimulate the intermediaries necessary for the product to reach large markets, making it accessible to restaurants and Brazilian homes.

Entrepreneurship in the Peruvian Amazon

Another example is that of the Peruvian Amazon. The largest city in the region is Iquitos, a city where there are several markets where you can find a huge variety of Amazonian products: fruits, especially drupes of palm trees, a wide range of river fish (also produced in aquaculture pools), edible insects, farinaceous tubers and roots, flavoring herbs, edible mushrooms, meats forest and river animals, inflorescences of palms, medicinal and stimulant plants, etc.

In Iquitos (La Mishquina, by Pilar Agnini) and in Tarapotó (La Patarashca, by Elía García) there are good, but few, Amazonian cuisine restaurants.

Iquitos can only be reached by air from Lima (1:30 a.m.). By river, Iquitos can be accessed from Yurimaguas (via the Huallaga-Marañon-Amazonas rivers).

And from Lima-Tarapoto-Yurimaguas you can travel by bus, on a long journey of about 1,500 km, in about 25 hours. Under these conditions, commercial communications between Lima and the Loreto region, the heart of the Peruvian Amazon, are long, delayed and expensive. Supplying Amazonian products to urban Peru on the coast or in the Andes is difficult, although not impossible.

A market study of urban demand would have to be carried out to select the products that can be transported by air. Exporting them is an odyssey, but it is possible. The difficulties have been overcome in part by a Peruvian chef, renowned chef Pedro Miguel Schiaffino, who is a successful businessman in gastronomic restoration in Lima, where he runs Malabar and Amaz. With the efforts of producers, intermediaries and chefs, some Amazonian products have been brought to the municipal markets of Lima.

Distributing Amazon products in the big cities outside the Amazon basin is a big, albeit complicated, business. Particularly if one takes into account that some of these highly perishable products, most of them non-climacteric, must be processed quickly. But not all the regions of the Amazon basin are as isolated as the Peruvian, Colombian or Venezuelan.

Advantages of the Ecuadorian Amazon for entrepreneurship

In relative terms, Amazonian products are more accessible in the Ecuadorian Amazon, due to their easier and shorter access, and due to the existence of organized native indigenous communities, located near cities, such as Puyo.

An entrepreneur who intends to distribute Amazonian products should think about that possibility. And establish fair trade systems with the indigenous groups that collect or grow the products. That is not difficult.

I will tell an encouraging experience. Several years ago, two young American students arrived in the Ecuadorian Amazon. They were going to collect information to prepare their university degree thesis.

They made it on the guayusa (Ilex guayusa), a holly tree that grows up to 30 m high. Its green leaves, which are processed to dry them, contain various stimulants (caffeine, theobromine, theine), which is traditionally used among the indigenous people for its stimulant and antioxidant properties.

The young people collected information for their thesis and brought dried guayusa leaves back to the United States.

After a short time they returned to start a commercial venture with the export of the leaves to their country.

They made a company, which they developed, until they received a good offer from a larger company to develop that business.

But it is not just about exporting the raw material. Processing value can and should be added by intervening in the useful parts of the plant at the harvesting or planting site, in order to considerably reduce transportation costs.

In many cases, essences, extracts, powders, etc. can be made. This is how you can proceed with the fruits and inflorescence of a palm tree common throughout the Amazon, which is known as acaí, asaí, hasaí, naidí, manaca, palmito, whose scientific name is Euterpe precatoria, E. oleracea.

But just like the acaí, there are more than 130 species in the Amazon basin, belonging to 44 genera, which grow particularly in the lowlands and can be commercialized.

The chapter on Amazonian fruitsis very broad, and offers great possibilities for foreign trade. Unfortunately, very few of these fruits are cultivated regularly, and the vast majority grow wild in the jungle, being found seasonally, apart from the fact that they are almost unknown outside their environment and many of their nutritional properties or their biochemical components are unknown. .

One of them is, for example, the camu camu (Myrciaria dubia), a spherical berry that has a very high content of vitamin C.

Or the sacha inchi, or Inca peanut (Plukenetia volubilis), a Euphorbiaceae plant, which is an excellent source of unsaturated fatty acids and tocopherols and antioxidants.

The fruit of this plant can be shelled or dehydrated, using simple machinery, at affordable prices and available on the market.