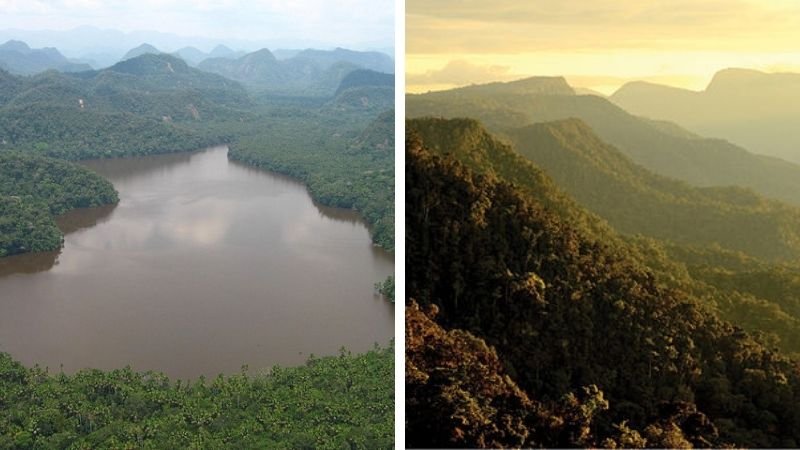 The Cordillera Azul National Park was created on May 21, 2001 and is located in the departments of San Martín, Loreto, Ucayali and Huánuco, Peru; It has 1,353,190.85 ha. and a great biodiversity (International Union for Conservation of Nature, IUCN, 2020).

According to the Center for Conservation, Research and Management of Natural Areas, CIMA (2020), biodiversity refers to the variability that exists between ecosystems, species and in turn within species, the Cordillera Azul being an example of it.

The park comprises a series of mountains that have given rise to the following large ecosystems (CIMA, 2020):

Thus, its forests are home to more than 4,000 species of plants as well as animal species in danger of extinction, such as the spectacled bear (Tremarctos ornatus), the white bagre(Trichomycterus sp),the tree frog (Phyllomedusa chaparroi), the boa constrictor (Boa constrictor), the mountain dogSpeothos venaticus) and other unique species of reptiles, amphibians and birdssuch as the scarlet-breasted barbet (Capito wallacei), among other (CIMA; 2020; UICN, 2020).

Indeed, the Cordillera Azul National Park protects global biodiversity, the largest area of high jungle in Peru and the headwaters of 45 basins that supply water to more than 350,000 people who live in adjacent areas (IUCN, 2020).