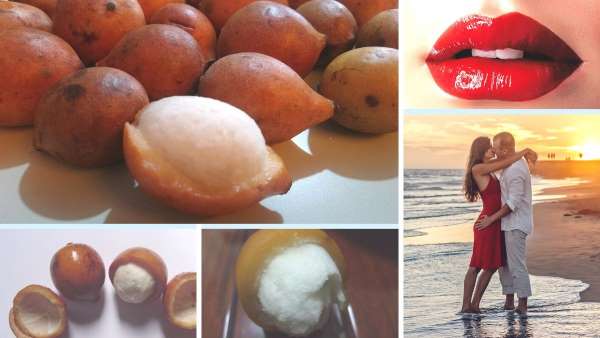 Achachairú is an almost unknown fruit in its home of South America, where its pleasant acidic sweet flavor and powerful medicinal properties have opened the doors to international markets.

The achachairú: meaning and origin

The achachairú (Garcinia humilis), which in Guaraní means kiss of honey, is a plant of the Cluciaceae family, probably native to the lowlands of Bolivia, where it grows wild.

Its production is concentrated in the town of Porongo, a municipality in the department of Santa Cruz, where an annual fruit fair is held in January. It has been traditionally valued for its nutritional properties, but especially for its uses in popular medicine.

Between the departments of Beni and Santa Cruz, it is estimated that there are between 1,500 and 2,000 hectares planted with achachairú. Despite being abundant in the Bolivian region, wild plants have also been found in other countries of the Amazon basin, such as Brazil , Colombia and Peru .

The achachairú or achacha, as it is also called, is a plant almost unknown in Latin America but, paradoxically, highly appreciated in Australia, where it was introduced by the Australian researcher and businessman Bruce Hill and his wife, with the purpose of establishing commercial plantations in the Queensland region.

There, with the Achacha Fruit Group commercial firm, they planted some 16,000 trees on 20 hectares, with a view to exporting to Asia, the Middle East and Europe.

The achachairú is little known in South America, where it originates but, to the surprise of many, it was awarded third place among the most innovative fruits of the year at the 2017 Fruit Logistica trade fair held in Berlin, the capital of Germany.

Fruit Logistica is a fruit and vegetable marketing event, held every year in February, bringing together one of the largest fresh fruit exhibitions in Europe.

These recognitions are progressively opening small markets in Asia and Europe, which are served by small-scale production from various countries such as Brazil, Guatemala, Panama, Costa Rica, Nicaragua, Honduras and the Guianas. It was also introduced on the island of Puerto Rico, seeking to supply the hitherto small US demand.

Botanical description of the achachairú

The achachairú or achacha is a tree that reaches a height of 6 to 7 m. It has a straight, smooth and black trunk, from which horizontal branches emerge.

It has white flowers and persistent green leaves. Its fruit is an edible berry, oval in shape, thick-skinned, with an intense golden color that turns orange-reddish when ripe. The berry is 6 cm long by 4 cm in diameter. Inside it has one to two large brown seeds. The pulp is white, spongy, edible, with a sweet-acidic flavor, pleasant to the taste. The pulp closely surrounds the seed.

Production and marketing of the fruit

The fruits of the achachairú abound in Bolivia. It is common to see street vendors selling them on the streets of Santa Cruz de la Sierra or in the different markets in the east of the country.

The fruit keeps well for up to 6 weeks at a temperature of 15 to 20 °C, with high humidity. Otherwise, the fruit will quickly wither. The Bolivian harvest of achachairú takes place between the months of December and March.

The plant grows wild in the alluvial plains of the lowlands of Bolivia, which has a tropical climate. It belongs to the same genus as the mangosteen (G. mangostana) and the strawberry tree (G. madruno).

The plant begins to produce fruits on a commercial scale after eight years of life, which is a limiting factor for its production in peasant production units, lacking the resources to be able to sustain themselves for such a long time.

Before that date, its production is very low, up to 4 fruits per plant. From the eighth year the production can reach an average of about 10,000 chairuses per year

One of the urban uses of the achachairú tree is as an ornamental in avenues and parks, due to its dense crown and abundant branches.

The seed contains 8 to 9% of its weight in oil.

The achachairú has beneficial properties such as:

Juices, jams, compotes, and ice creams are made from its pulp. Honey is extracted from its processed shell, with an acidic flavor, which is used to bathe typical sweets. 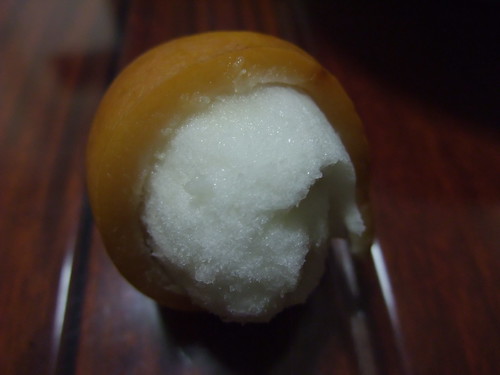 The achachairú is a plant to which numerous medicinal properties are attributed, most of which do not have sufficient experimental support. Various parts of the plant are used in folk medicine.

Which diseases does achachairú prevent?

The ocoró: a close relative

A close relative to the achachairú is the ocoró (G. madruno) — from the Chiquitano dialect, meaning acid or sour — which grows wild in some regions of the Amazon. It is also called camurauru, from the Tacana dialect.

But it also has other names: strawberry tree, canime, and warbler. It is a medium-sized tree native to the Amazon basin, distributed throughout Bolivia, Brazil, Venezuela, Colombia, Ecuador and Peru.

The plant has also spread to Panama, Costa Rica, Nicaragua, Honduras, Guatemala, Suriname, and the Guianas. It is like its relative achachairú, very resistant to pests and diseases, requiring little or no insecticides, and therefore it ends up being an organic crop, practically free of chemical products.

The ocoró grows in diverse soils, below 1,200 meters above sea level, particularly in sandy soils, well drained, not subject to flooding, and rich in organic matter. Its fruits are oval or oblong berries, yellow in color, 5 to 8 cm long, and 3 to 4 cm wide.

Its shell is yellow, thick, and rough, covered with a kind of non-sharp spines. Its pulp is creamy white, juicy, refreshing, with a bittersweet flavor.

The pulp is rich in potassium, calcium, magnesium, iron, and vitamins A, B and C. Inside is one to three dark brown seeds with a white aril. The medicinal properties attributed to the parts of the plant are similar to those of the achachairú.