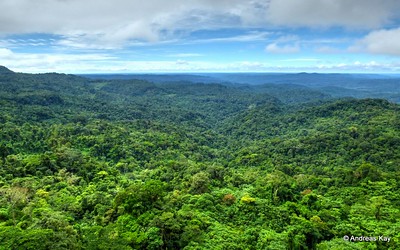 A forest is a source of food and medicine, and of raw materials to build houses and make works of art, and to manufacture furniture and objects to make our lives more comfortable.

The forest is also a source of essences to brighten your life. Many of the scents that fix the perfumes come from the undergrowth, from the lower parts of the forests. Coco Chanel said that the base of her famous Chanel No. 5 perfume came from the prickly rockrose, Cistus ladanifer.

Wooded areas are beautiful and soothe our spirits, strengthening our immune system and lifting our flagging spirits.

Have you felt it?

When one enters a forest, one feels invaded by a new and clean air, revitalizing. And we experience a sensation that uplifts and soothes the body, that makes us feel plethoric. This is just one of the many intangible, spiritual benefits that the forest provides. The natural landscape and the enjoyment it brings is one of the greatest psychological assets derived from the forest.

However, as important as the forest is, we have always valued it for the many tangible benefits it provides: timber, food, medicine. It is the utilitarian side of the forest.

But beyond these economic benefits, the forest becomes essential for life, as it is a great stage for photosynthesis, which massively transforms, due to its high concentration of plants, the carbon dioxide in the atmosphere into the oxygen essential for the existence of living beings. In this sense, the forest is a lung of the inhabited space. In another, it is a major sequestrator of dissolved carbon in the air, where it remains for a long time, as a potential threat when it exists in high concentrations in the atmosphere. The forest acts, in this way, as a machinery that converts the potentially toxic into the marvelous factory of life. It is said that it takes the equivalent of twenty-two trees to provide the oxygen a person requires to live, but it is still unknown how many trees a person needs to recharge the flagging spirit with a sense of fullness.

The forest is also the most important element regulating the climate. Soil protector, preventing erosion and desertification. Barrier against strong winds and noise pollution. Soil moisture guarantor. Conservator of the headwaters of the rivers. Rain stimulant. Biodiversity shelter. Energy source. Laboratory for teaching and research. Wildlife refuge and home to the jungle population. Motive of inspiration for poetry, which adds reasons and beauty to fill culture with meaning.

This forest that brings us so close to life has, however, and it is hard to believe it, many enemies, who only see the forest as an opportunity for enrichment, extracting from it all the monetary values they can, without caring about the wonderful value of the forest. They take it out of the way, deforesting it, thinking only of their individual, petty and short-term benefit.

There is the Amazon…

The immense and valuable Amazon rainforest, considered the lungs of the planet, is the reservoir of much of the Earth’s freshwater resources and biodiversity. An increasingly coveted and besieged forest, which has been progressively diminishing in its vastness in front of everyone’s eyes. Most people see the actions of a few multinational corporations accumulating immense natural and financial resources on a planetary scale, with the complicity of numerous invading settlers who cut down the forest to facilitate the expansion of the livestock and agricultural frontier, and the complicity of complacent governmental institutions. While the rest, the vast majority, remain silent, out of ignorance or because they are imprisoned in a generalized and induced indifference, for which many of us are responsible. Of the politicians, educators and social communicators who have not known how to transmit and educate people in the active, creative and consistent commitment to life and its environment. While others, unfortunately very few, community leaders, environmentalists and some NGOs, continue to fight to protect the Amazon forest, even at the risk of their own lives.