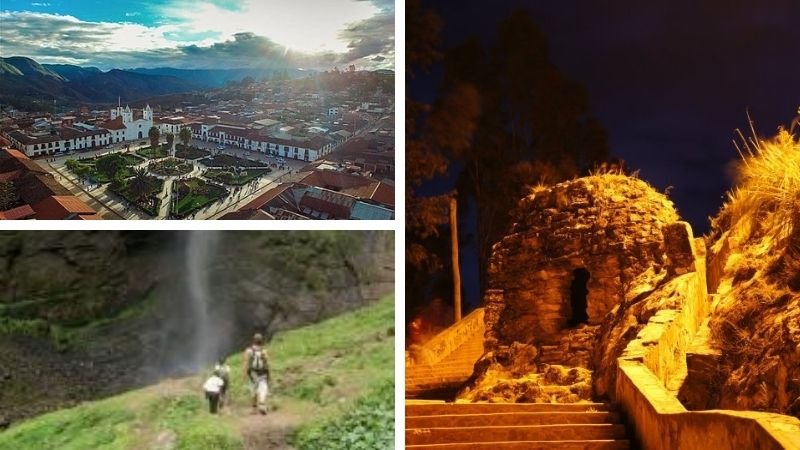 The Yanayacu Well is located in the city of Chachapoyas, in the Luya Urco neighborhood, Chachapoyas district, in the province of the same name, Amazonas department of Peru.

It was declared Cultural Heritage of the Nation by Directorial Resolution No. 661 in 2001 (SIGMINCETUR, 2020).

The etymology or origin of the word Yanayacu derives from the Quechua words Yana, which in Spanish means black, and Yacu, which means water; therefore it means black water (Provincial Municipality of Chachapoyas, 2019).

Location of the Yanayacu Well

From the Plaza de Armas in the historic center of Chachapoyas, you must walk a distance of approximately 20 minutes, following the Ortiz Arrieta and Salamanca shreds, on a paved road until you reach the Luya Urco hill, and then go up a path, ending the route. through a stone staircase.

It is considered a complementary resource of the tourist offer of Chachapoyas, promoting the walk, the guided visits, the observation and the taking of photographs; From this place a good panoramic view is achieved at a height of 2,399 meters above sea level. (Alva Cruz, 2010).

Mila OriginAccording to oral tradition or history that has been passed down from generation to generation, the origin of the Yanacayu well is linked to a miraculous event.

It was built on the spot where Archbishop Santo Toribio de Mogrovejo touched the hill with his staff, miraculously causing crystal clear water to sprout from a dry and rough rock in the Luya Urco neighbourhood.

He did this to counteract the strong drought at that time, during a visit to the city of Chachapoyas (when it belonged to the archbishopric of Lima) and its surroundings during the 16th century.

Myths of the Well of Yanayacu

It is also called Fuente Cuyana or Fuente del Amor, since an ancient tradition says that if a stranger drinks water from the well, he will fall madly in love with a Chachapoyan woman (SIGMINCETUR, 2020).

In 1793, after this miracle, the well was built through the excavation of the rock of the hill and, for the protection of the water, it has a circular wall or a kind of grotto based on stone and mud masonry, with an opening so that the person can collect the water from the well.

On one of the stones there is an inscription carved on the right side of this structure indicating that the well dates from 1793.

Likewise, it is reported that the stone was stolen by the director of the Colegio Nacional San Juan de la Libertad and consequently the water in the well began to dry up.

Outraged neighborhood residents managed to rescue the stone from one of the school halls and returned it to its usual place; the next day the residents returned to the well and found that the water was flowing again (Municipalidad Provincial de Chachapoyas, 2019).