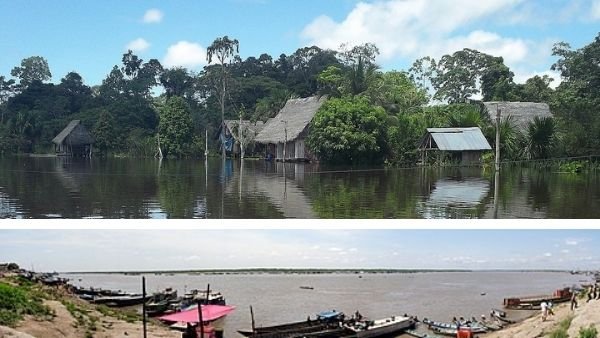 It is located in the central and eastern zone of Peru, being its capital Pucallpa.

The first settlers of this department were the Panos, who were located along the Ucayali River.

The ethnic groups that currently inhabit this region are:

They represent the historical and cultural heritage of the region.

Ucayali presents a varied relief and is characterized by three types of landscapes: jungle brow, high jungle and low jungle, which show its great biological diversity.

The hydrographic network comprises five important basins: the Ucayali River, the Aguaytía River, the Yurúa River, the Urubamba River and the Purús River (Government of Ucayali, 2005).

The current and potential tourist offer of Ucayali is related to nature and adventure tourism, cultural-mystical tourism and urban tourism.

On the other hand, among the representative tourist resources of the Coronel Portillo province, the following stand out:

In the province of Padre Abad, the main tourist sites are:

Tourist places of the Atalaya province

The province of Atalaya is the furthest from the region and some potential tourism resources are identified in it, as long as the basic infrastructure services are implemented, among them the following stand out:

Tourist places in the province of Purés

Likewise, in the province of Purés there are potential tourist resources, such as: